Back to the classics with Beau

This week, Beau Johnson takes a quick look at some classic Neil Smith. 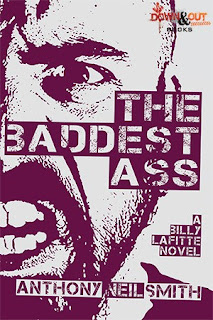 Billy Lafitte, former Deputy-Sheriff and motorcycle gang enforcer, was sentenced to life in prison without the possibility of parole.

For some of his enemies, that’s still not enough punishment.

Agents Colleen Hartle and Franklin Rome want Lafitte dead so bad, they’ve put a price on his head—eighteen grand to the first prisoner who takes him out.

Gang leader Ri’Chess and Head Prison Guard Garner want to collect, and they don’t mind who gets run over while they try—like inmate Bryce West, a pawn for whoever hurts him the most.

Lafitte’s church-going ex-mother-in-law believes in redemption…for everyone except Billy, perhaps. But she still believes a son has a right to see the truth about his father, so she brings his boy Ham for what she expects to be their final visit.

When they all converge on a half-finished prison on the North Dakota prairie during a blizzard, something bad is bound to happen.

The third chapter of the Billy Lafitte saga (following Yellow Medicine and Hogdoggin’) tests the limits of everyone whose life revolves around this man and all his deeds. He’s a shadow of his former self, but he still fights to survive, if only for spite.

Sometimes, being the baddest ass of them all isn’t worth it.

Email ThisBlogThis!Share to TwitterShare to FacebookShare to Pinterest
Labels: down & out books