A Little Vicarious Traveling--Murder at The Mena House


My friend Erica Ruth Neubauer’s first novel came out this week. Yep. This week. Her publisher scheduled it months ago. And she did what authors do—she spent even more months organizing events at booksellers, even planning to hit multiple out-of-town stores. And then . . . well, there came a pandemic.
So since readers aren’t getting to see her in person at the moment, I’m doubly delighted to have her here today. Her book, Murder at The Mena House takes place in 1920s Cairo, Egypt, where an American widow is caught up in a murder and a possible deadly attraction at the city’s Mena House Hotel. I can’t wait to start it for the chance to indulge in some armchair traveling.
And here’s Erica Ruth with a few more suggestions about things to do from your armchair. - Claire 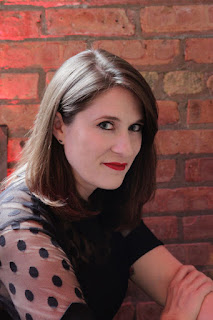 These are strange times, friends. I hope that you’re all safe, healthy, and finding ways to stay sane, while also cutting yourself slack for the things you AREN’T getting done. This is a time to be kind to others and also ourselves.
Without further ado, here is a random list of things that are helping me hang on to my sanity during this lockdown.
The Miss Fisher movie.
I am admittedly obsessed with the series (“Miss Fisher’s Murder Mysteries,” for those of you who haven’t, like me, watched it all the way through four or five times.) I didn’t really show up to the movie for the plot, which I’m hoping is entertaining for those of you new to the thing. I came for the Indiana Jones feel of it, the amazing clothing, and the shot of Inspector Jack Robinson, shirtless in the desert with suspenders.
I’m just speaking my truth here, folks.
(I’ve only watched the movie twice so far, which I think shows a lot of restraint on my part.)
Acorn TV
30-day free trial! Did you know? This is good stuff—I love a good English mystery. Although unfortunately I’ve already seen all of Midsomer Murders (which seems incredible, but it’s true) and Foyle’s War. But there’s a ton of other really good stuff out there, like QUEENS OF MYSTERY which was very quirky and charming.
30Rock
This might be my third time through the series, but it’s been several years since I’ve watched it, and I forgot how much I love this show. And how much I identify with Liz Lemon—I’ve been known to slice some cheese in my kitchen late at night and actually sing “Working on my night cheese.” I still have a couple seasons left before I start hunting for the next great comedy to binge. (May I also recommend Schitt’s Creek.)
Exercise
This one is boring, but it’s really helping. I’ve been taking (socially distant) long walks and doing yoga in my living room. The yoga studio that I frequent is doing some classes online and some of my favorite teachers are also doing classes online. It’s not the same as sweating in the same room as other people, but when I put it like that, it’s also less gross.
Books

- The latest installment in Kristen Lepionka’s Roxane Weary PI series. Get in on this. The first in the series is THE LAST PLACE YOU LOOK.
- Elizabeth Little’s entirely enjoyable PRETTY AS A PICTURE—a love letter to cinema and awkwardness, Little’s voice is a standout.
- Samantha Downing’s HE STARTED IT. I don’t think this is out yet, but I tore through both it and her first novel, MY LOVELY WIFE. Super twisty thrillers.
- Allison Montclair’s THE RIGHT SORT OF MAN—set after WWII, and utterly charming, with two young women running a marriage bureau and solving murders.
- And I’ve been doing a Margaret Atwood retrospective. I read THE BLIND ASSASSIN years ago and remember loving it, but I’m picking it up again as well as several others I’ve had lying about the house.
Cross Stitch
I like to keep my hands busy while I watch TV, so I’m busting out the cussy cross-stitch. My throw pillows will never be the same. 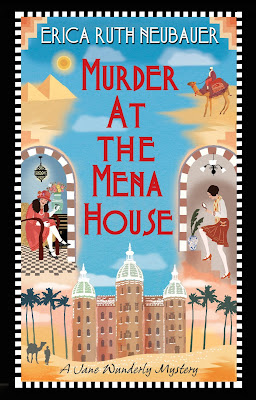 Well-heeled travelers from around the world flock to the Mena House Hotel—an exotic gem in the heart of Cairo where cocktails flow, adventure dispels the aftershocks of World War I, and deadly dangers wait in the shadows . . .
Egypt, 1926. Fiercely independent American Jane Wunderly has made up her mind: she won’t be swept off her feet on a trip abroad. Despite her Aunt Millie’s best efforts at meddling with her love life, the young widow would rather gaze at the Great Pyramids of Giza than into the eyes of a dashing stranger. Yet Jane’s plans to remain cool and indifferent become ancient history in the company of Mr. Redvers, a roguish banker she can’t quite figure out . . .
While the Mena House has its share of charming guests, Anna Stainton isn’t one of them. The beautiful socialite makes it clear that she won’t share the spotlight with anyone—especially Jane. But Jane soon becomes the center of attention when she’s the one standing over her unintentional rival’s dead body.
Now, with her innocence at stake in a foreign country, Jane must determine who can be trusted, and who had motive to commit a brutal murder. Between Aunt Millie’s unusual new acquaintances, a smarmy playboy with an off-putting smile, and the enigmatic Mr. Redvers, someone has too many secrets. Can Jane excavate the horrible truth before her future falls to ruin in Cairo . . . and the body count rises like the desert heat?
You can find Murder at The Mena House at IndieBound, Bookshop.org, Barnes & Noble, or Amazon.
Erica Ruth Neubauer spent eleven years in the military, two years as a cop and one year as a high school English teacher before finding her way as a writer. She has reviewed mysteries and crime fiction for several years at publications such as Publisher’s Weekly, the Los Angeles Review of Books and Mystery Scene Magazine and is a member of both Mystery Writers of America and Sisters in Crime. When she’s not writing her next novel or curled up with a book, she enjoys traveling, yoga and craft beer. She lives in Milwaukee, WI with her husband.
Posted by Claire Booth at 3:00 AM

yup. been watching the acorns. also first season of morse on prime

looks like i need some new Erica Ruth Neubauer too

I enjoyed the Miss Fisher movie as well. Fun to have them all back.