The Dark Brink of Love 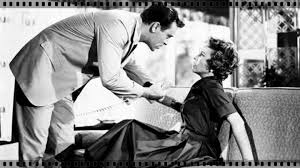 This week I'd like to talk about a project I'm very happy to be part of -- the new volume of films and articles and stories at filmmaker Nicholas Winding Refn's site, byNWR.  It's a site where rare, oddball and little known films have been given loving restoration.  For each film, there is a guest editor, who gathers the material for the essays, reflections, photo collages, stories, music, you name it, connected, in some way or other, to the restored films.  William Boyle is the guest editor for what is now Volume 8 on the site, and this volume is dedicated to noir.  Its title is The Dark Brink of Love: https://www.bynwr.com/volumes/dark-brink-of-love


The volume consists of three chapters, with the first of the three chapters now live.  As Bill says, usually you need to create an account to see content on the site (it's free and simple), but they've made this volume available to everyone, no log-in required.


These are the contents:

First off, there's the film: Stark Fear from 1962. Made by two University of Oklahoma professors, Ned Hockman and Dwight V. Swain, it's a psychological horror noir set and filmed in and around Oklahoma City and Norman. It stars Beverly Garland and Skip Homeier.  Long in the public domain, the film has been wonderfully restored by Peter Conheim. It's an odd and disquieting movie, no question.

You can watch it here: https://www.bynwr.com/articles/stark-fear-1962

In "Derrick Noir: Okies Go Hollywood," Philippe Garnier introduces Stark Fear, showing how the pieces came together on this twisted, peculiar movie. Read his intro to the film here: https://www.bynwr.com/articles/derrick-noir-okies-go-hollywood

"'Why'd You Go, Daddy? Was I Bad?'" is a story from the author of Buckskin Cocaine, Erika T. Wurth. Wurth imagines what it might have been like for Cortez Ewing, the Native American actor who plays “The Chief” in Stark Fear. Accompanying the piece are James Mooney's Ghost Dance Recordings and a selection of noir-infused public domain photos.
Read it here: https://www.bynwr.com/articles/whyd-you-go-daddy-was-i-bad

J. David Osborne, author of Black Gum, A Minor Storm, and Blood and Water, contributes "Oklahoma: Heartland, U.S.A.," inspired by the title of a tourism ad by Swain and Hockman. It's head trip noir story about his Oklahoma fifty years after Stark Fear, populated by a new variety of desperate people on the ropes: juggalos, small-time crooks, and searchers. Also accompanied by some weird, noir public domain photos. Read it here:
https://www.bynwr.com/articles/oklahoma-heartland-u-s-a

Gabino Iglesias, author of Zero Saints and Coyote Songs, in a story and photo series, delivers a motel noir infused with paranoia and destruction and inspired by the shadowy locations of Stark Fear. You can read and view "Stark Raving Mad" here:
https://www.bynwr.com/articles/stark-raving-mad 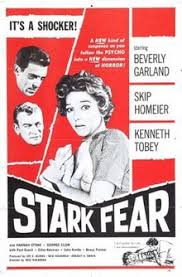 In addition to all this, there's a lot of stuff from William Boyle himself as well as Tyler Keith.

Bill wrote a speculative memoir from the point of view of former child star Skip Homeier, "The Bad Husband." That's here: https://www.bynwr.com/articles/the-bad-husband-a-noir-testimonial
And Bill also wrote a long story, "Cruising the El Nora Motel," inspired by the El Nora Motel, a key location in Stark Fear. It includes original photos from Tyler Keith. This you can read and view here:
https://www.bynwr.com/articles/cruising-the-el-nora-motel

I'm not even listing everything that is in this ultra-rich volume, but you can find the complete volume index on The Dark Brink of Love's homepage.

Finally, you can find an overview of the entire volume here:
https: https://www.bynwr.com/articles/dark-brink-of-love-1

This should be enough reading and viewing to carry you along for quite a while, and by the time you're done, it'll just about be time for Chapter 2 of The Dark Brink of Love to go live, on April 1st. The film featured then will be Ted V. Mikels's One Shocking Moment (1965).  There'll be more great stuff in this chapter, with contributions from Ace Atkins, Laura Lee Bahr, Violet Le Voit, and Theresa Starkey.

Chapter 3 will appear May 1st, the film Joseph Lerner's Guilty Bystander (1950), and it will feature contributions from Sarah Weinman, Marya E. Gates, Jack Pendarvis, and myself.

But more on Chapters 2 and 3 later.

For now, with Chapter 1...enjoy the beautiful darkness.
Posted by scott adlerberg at 1:16 AM