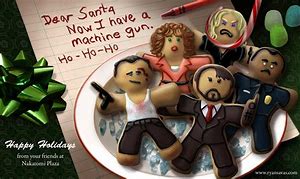 What is your favorite Christmas movie? Home Alone? It’s a Wonderful Life? Elf? How about Christmas Vacation? When you think of curling up on the couch for a good cuddle and Christmas flick, with popcorn and hot cocoa, do you think of Die Hard?


There are plenty of people who consider Die Hard a holiday movie, but can we really put it in that category?


We’ve been divided for years, okay maybe two or three, over this hot button topic. Some believe that because there’s no Santa or reindeer, and the movie came out in July that Die Hard is not a Christmas movie. However, the film takes place at Christmas. There are carols and trees. Holiday travel.


To put this brutal debate to rest we’ve decided to take the question to some of the brightest minds in our community.

Is Die Hard a Christmas movie?

Reader, it is not.

Listen, I love Die Hard. I consider it a classic. But it fails to adhere to the one fundamental rule of being a Christmas movie - it doesn't NEED to be a Christmas movie. Die Hard could have just as easily have been set in Easter, or Thanksgiving, or New Years, or National Cat Day. A few jokes would have to be adjusted, and Grumpy Cat would obviously need to make a cameo (R.I.P.), but that's it.

If, say, Bruce Willis had teamed up with Santa Claus and Claus had been indispensable to the plot (Santa was packing and his bag of toys was filled with guns and bombs), then sure. Absolutely. Did they? They did not. The cowards.

Anyway, the point is, that carpet rubbing thing is great advice.

The Unrepentant at Amazon

The "Is Die Hard a Christmas" movie has always felt a little like a rock-and-roll question. I know. A little tangential. But hold on. It's like the Clash. I know I should like Joe Strummer better. He's way cooler than Mick. But I think Mick wrote the better songs. Same with Keith and Mick (Jagger). Same with Paul and John. John is cooler, but, frankly, Paul wrote the better songs. Which is a long way of saying that I WANT Die Hard to be a Christmas movie. I am on the side of those who think it is. Because that is the cooler answer. But ultimately? I fall on the other (less cool) side. 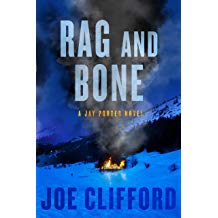 Rag and Bone at Amazon.

Friends, gather ‘round. It’s the holidays and yes Die Hard is a Christmas movie.

Christmas is for family and you know what John McClane is trying to do? Get his family! So, they can be together! Make amends before another year turns. He doesn’t want to be alone, like all those other holidays that wouldn’t work because Christmas is the most stressful family-oriented holiday on the planet and you know what? You show up anyway.

You don’t put the holiday on hold. You don’t watch the game afterward (Thxgiving). You don’t crash after a sugar high (Easter baskets). Christmas? You drive across the country, you buy last minutes gifts, you do whatever you hafta, even if that means making sure someone gets flung off the Nakatomi. 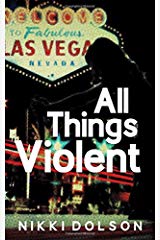 All Things Violent at Amazon.

Just because a Christmas party was involved does not make it a Christmas movie. I am not a Christmas person so I do not hunt down Christmas related movies. Die Hard is just a good action flick. Great one-liners and suspense. Good guys... Bad guys. Just entertaining. 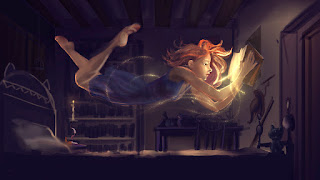 DIE HARD is most definitely a Christmas movie if, for no other reason, the opportunity of nostalgia it affords us. After all, is that not what the classic holiday flicks—like It’s A Wonderful Life and A Christmas Story—were all about? DIE HARD gives us that nostalgia when:

Argyle boasts about his limo’s list of obsolete technology which, in 1988, was top-of-the-line: “CD, CB, TV, telephone, full bar, VHS…”

Ellis’ predilection for cocaine…I mean, how eighties can you get?

And don’t forget the redemptive arc for the policeman who accidentally shot and killed an unarmed kid.

All of this, and the movie ends with Vaughn Monroe’s version of “Let It Snow.” 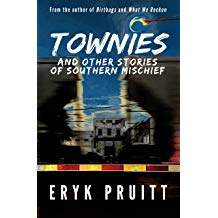 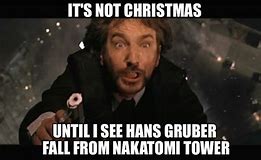 Posted by Marietta Miles at 7:37 AM

Solid arguments on both sides. I'll weigh in with the worst kind of evidence: anecdotal. It's a Christmas movie (for me) because it *feels* like a Christmas movie. My brother and I get together every December, don our NAKATOMI PLAZA CHRISTMAS PARTY shirts, get jolly, and pop on Die Hard (and often the sequel). It's not Christmas without this tradition.

I think I might take up your tradition. Now, to find the shirts. Thanks for reading.