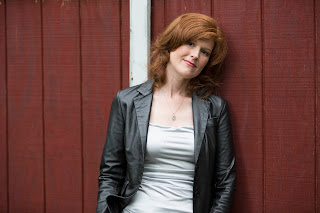 It’s impossible to think that a decade has gone by since Do Some Damage hit the blogosphere. Just wow!

I remember how stunned and flattered I was when I was asked to take over the Sunday spot on the blog. Me! The girl who felt like an imposter whenever she told someone she was a debut author. The one who was writing goofy mysteries set around a small town roller rink that featured a hat-wearing ex-circus camel named Elwood. I sweated over every blog post I wrote. I worried that the talented writers with whom I now shared the blog with would realize their mistake in asking me to join.

A lot has changed since then. And a lot hasn’t.

The bloggers at DSD are still incredibly gifted writers.

I will publish my 15th full-length novel on Sept. 24th, 2019—no longer goofy mysteries, although I loved them. Now I write intense and hopefully thought-provoking YA thrillers. But despite all the time that has passed, I still feel like an impostor.

And in writing this post I have found myself choosing my words with a great deal of care. More so than ever before.

As a writer—and as a professional actress before that—I was aware of the power of words. How we say something—the inflections we use—the words we choose can change everything about a scene. I’ve agonized over whether I am using too many words which slows down the pace or not enough to evoke the desired emotion or paint the picture that is in my head. I’ve deleted words and watched an entire page suddenly spring to life. I have changed one word a character says and turned them from jerk into hero.

I knew that when I started writing and when I was invited to join DSD years ago, but the true import of the words we choose didn’t become clear to me until more recently. My upcoming book, VERIFY, is about the power of words. It is a book I couldn’t have written when I joined DSD, but had to write now because I want to talk about the thing that should be obvious to us all.

Some more than others, but each one of them is precious. Words can and do change lives.

For the writers out there, you are probably nodding your head and agreeing with me. Yes, words are our tools. Of course they are important. For readers, you are nodding as well because words are what our stories and our language are created from. They help us see the world through someone else’s eyes. We use them to walk in someone else’s shoes. Of course they matter.

But that isn’t exactly what I mean. Words give shape to thoughts in ways you might not have considered. They change the way we think about things.

Now you are rolling your eyes at me—right? Because a well-reasoned argument can absolutely change minds.

Nope. That is not what I am talking about. I love well-reasoned arguments. Anyone who knows me can verify that. I will show up to debate all sorts of issues—any time—any place. I am not talking about a debated point. I am talking about the words themselves. How one word can change how you perceive an event.

It matters when someone says:

“She misspoke” instead of “She lied”.

One is intentional, possibly malevolent deception. The other implies a gentle mistake.

Perhaps that doesn’t seem like too big a deal. After all—putting a positive spin on things is the nice thing to do. Right?

If you don’t believe that can be problematic—consider that some history textbooks have when discussing the topic slavery used the word WORKER as a substitute for SLAVE.

My point on this 10th anniversary post for this amazing group of writers is:

The 24-hour news cycle and the manic feel of social media has given the perception that words are disposable. That in a few minutes there will be new ones so it doesn’t matter which ones are used now. That using them with precision—with care is pointless.

That’s wrong. The more people insist that words aren’t important simply proves how much they are—otherwise why bother to make that claim at all?

They are our tools. Our comfort. Our inspiration. And at times where truth is often under attack—they are our weapons.

Words are more important than ever because so many people think words are disposable—that they should be viewed as unimportant. As writers we have to fight against that—in our stories, in our online posts and in our lives. And we need to encourage others to do the same.

Words have the power to change the world. They do it time and again throughout history. It is happening now. As stewards of language, our jobs have never been more difficult or more important.

So today, I encourage all writers and readers and stewards of language to celebrate blogs like DSD and to choose your own words with care.
As the amazing Toni Morrison said in the final moments of her 1993 Nobel Prize address, “We die. That may be the meaning of life. But we do language. That may be the measure of our lives.”

My hope is that we will all need hundreds of yardsticks to take measure of the things we do with ours.

Joelle Charbonneau is a New York Times and USA Today best selling author if YA thrillers as well as two adult comedic mystery series. Her near-future alternate history thriller, VERIFY, will hit shelves in September of 2019. To learn more or to join the VERIFY street team visit joellecharbonneau.com.
Posted by Steve Weddle at 3:00 AM