In case you're not aware, impostor syndrome is that anxious feeling that you are a fraud and when everyone else finds out, there will be hell to pay. It is particularly common in creative fields, such as writing, visual art, performance art, etc. People in non-creative fields can also experience it. 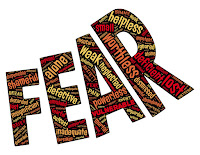 I struggled with impostor syndrome for much of my life. Not so much linked with my creative work, but with the idea that I'm an okay person that people would want to be around. I was terrified that if they saw the real me, they would run away in horror.

And here's the kicker. That really happened.

I came out as transgender in the late 1980s/early 1990s. I had known I was a girl my whole life. But it wasn't until shortly after college that I had the courage to do something about it, much less know how to go about transitioning into life as a woman. So for more than twenty years, I suffered from a form of impostor syndrome.

And when I came out, I lost everyone. Spouse, family, friends, job, church, the whole schpiel.

For the next few years, I focused not only on my physical transition, but also on dealing with the trauma from the experience. I'll be honest. I didn't deal so with it at first. Compulsive drinking is not the healthiest response to trauma.

This was not an overnight transformation. There was a lot of shit I had to unpack, examine, and let go of. A lot of new ways of thinking to slowly adopt.

I didn't get back into writing until 2007. I started by writing a "novel" during National Novel Writing Month, often called NaNoWriMo. The goal of NaNoWriMo is to write a 50,000+ word novel during the month of November. And by golly, I managed to do it. So then I wondered, now what?

It had always been my dream to be a published writer. So I joined some local critique groups. I learned how much my writing SUCKED! Everyone was very helpful and encouraging, but I made all the same mistakes writers make. Info dumps, flat characters, wooden dialogue, no sense of structure.

But I was okay with that. I accepted that I was a beginner, even though I had a degree in journalism and had done some creative writing when I was younger. Writing is a craft with dozens of skills to master. And the only way to master them is to get it wrong, learn from your mistakes, get it less wrong the next time, make more adjustments, and on and on.

Progress, not perfection. That is one of the slogans of AA that was drilled into my head at meetings. And it applied to my writing as well as my sobriety.

After eight years of practicing my craft, I wrote a novel (the third I had written). I started submitting it to agents. I submitted to 90 agents, got four requests for partials, two requests for fulls, and an offer from one of New York's finest agencies. In time, I signed a two-book deal with one of Penguin Random House's digital-first imprints.

Had I made it? Was I now a successful author? No. I was a newly published author. I was just a beginner. An egg. And I knew that regardless of whatever praise (or criticism) my books got, that it was okay. Because this was simply another step in the process. 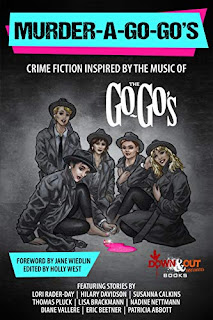 I took the leap from traditional publishing to indie publishing. This gave me a whole slew of new things to learn how to do. Things I would screw up at first. And then do a little better. And then a little better than that. I would try things that wouldn't work, then try something else, learning all the way.

I'm gearing up to release my fifth novel this December. I still have my day job. In fact, I still spend more money on hiring editors and cover designers than I make in revenue. Am I a failure? No. I'm a beginner. There are people with 20 or more books who still have a day job. Still growing. Still building a brand. Still learning how to write the next book. Still a beginner. And that is okay.

And I will tell you that there are times when imposter syndrome creeps up a little in me. Like when Holly West invited me to contribute to Murder-A-Go-Go's, that fabulous anthology with so many well-known authors. It was like being a teenager who gets invited to sit at the adult's table.

But on the rare occasion that those feelings of impostor syndrome sneak in, I remind myself to trust the process. Because I may not be as cool as Steve Lauden, or an award winner like Kellye Garrett, or as sexy and talented as Nadine Nettmann, I'm still me. And being included is an opportunity to grow.

When you start to feel like an impostor, if you get nominated for an award that you feel you aren't worthy of, or if you get a glowing review from that fan who loves to rave about you, take a breath.

No matter how many books you've written, you're still a beginner. Embrace that beginner's mind. Give yourself permission to be imperfect. You are continuing to learn how to write better. Every book is an experiment, a journey, and a process. Learn to trust that process.

As one of the only transgender authors in crime fiction, Dharma Kelleher brings a unique voice to the genre, specializing in gritty thrillers with a feminist kick.

Thanks for this Dharma, it made me cry a little because I saw myself - everything from the unworthy schema to the fear of losing everything when I came out to the use of alcohol to mask the fear. I'm so very proud to share this space with you. dx