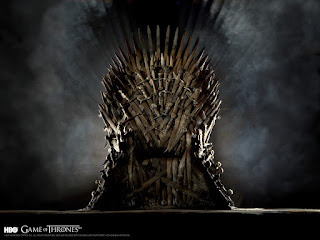 Winter is here. The Knight King approaches and we find ourselves marching toward the end of Game of Thrones. Who will win? Who will remain standing, a victorious champion to rule the Seven Kingdoms. Who will sit on the Iron Throne?

I got nothing. I mean, I have my hopes. I have my fears but, I have no clue.

However, this blood boiling excitement for the final chapter in the Westeros saga did set my mind to wondering. If the crime-fiction community found itself drawn into a world of political chaos and bloody wars who among our heroes would win the fight? Who would win the Game of Tomes?

Before we begin, let us take a look at some of the brave authors who came before and the lofty, sometimes humble, perches where they too, mastered their talents. 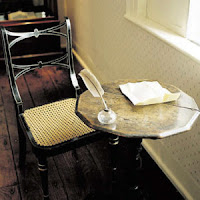 "I split my time working on writing and anthologies between my office chair (pictured) and a patio chair at a table outside on the deck. Outside, I get exposure to the elements as well as the sights and sounds of the woods where I live. In my office, I have the ability to focus a bit more, shut out the rest of the world...that kind of thing. Without exception, I have finished both of my novels, Beneath Ash and Bone as well as Blood Savages while here in my office. I also wrapped the final edits for every single one of the anthologies I've edited while in this chair. The chair is a family heirloom of sorts, so it's not the most comfortable thing to sit in, but that in itself helps keep me focused and driven to make the most of the time I spend in it. I'm betting the iron throne in King's Landing ain't too comfy either." - D. Alexander Ward

"It’s a little dirty right now but this is my desk. I had it built for our last house. It used to be all the dark stain but 21 books later it’s a little worn. Also my little talismans. Stuff my kids made, little souvenirs from over the years." - Eric Beetner 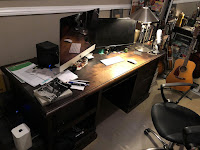 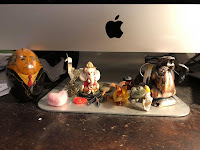 When asked if this lovely corner of the world is where she wrote her Anthony nominated novel CLEANING UP FINN, Sarah gave an enthusiastic, "Yes! It's been my writing spot since 2006. When I got divorced and took writing seriously." - Sarah M. Chen 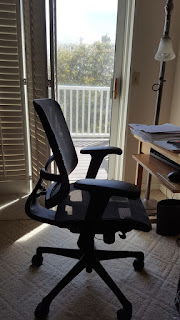 Joe Clifford often fights cats, not dragons, for premiere space on his desk and one might find wrappers of the wretched candy cigarettes to which he is addicted to strewn about his space, but his creative energy is still, for now, ruler.
“Where the magic/misery happens.” - Joe Clifford 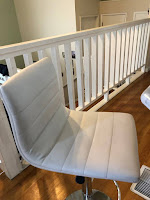 The birthplace of Bishop Rider is deceptively organized. "Where sometimes the magic occurs...and I drink way too much beautiful coffee." - Beau Johnson 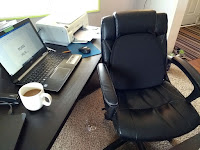 "In Sacramento I sat on a broken toilet in an old unused bathroom in the back corner of the house, and right now I sit in the hallway of our tiny, tiny apartment. I got one of those tiny Ikea computer desks, barely any room at all. It's a throne like no other." – Tom Pitts 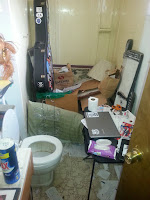 For a man with so much on his mind, his space is clean and clear. Simple, not unlike Maya Angelou's approach.
"Boom! That's it. And wherever I can sit at the library." - Gabino Iglesias 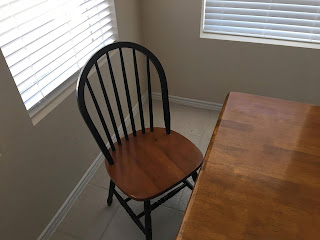 "Where all the planning, daydreaming, character dev/ thinking etc. happens.... 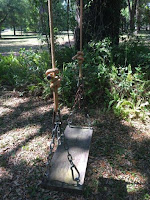 Research and outlining by hand... 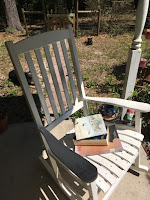 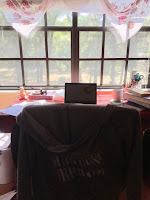 ....and revising. (Annotating by hand, etc.) And yes, usually with shameless Juno at my side." - Steph Post 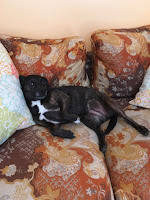 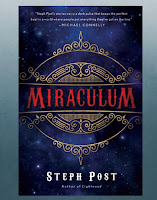 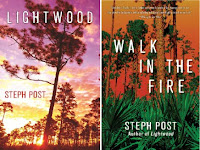 "The temptation when someone asks you to take a photo of your office is to tidy-up, of course. But the truth is that my desk/office is always in some degree of chaos, so while I did straighten a little bit, this is a more or less accurate representation.

I used to sit in a really cool vintage mid-century modern desk chair, but since I like to sit cross-legged while I work, the chair's metal arms dug into my thighs so I made the sad decision to get another. I got this armless desk chair at Pottery Barn, and while it lacks personality, it's a lot more comfortable for people who like to sit like a 5-year-old." - Holly West

“... a mind needs books as a sword needs a whetstone, if it is to keep its edge.”
― George R.R. Martin, A Game of Thrones

This was fun, Marietta. Thanks for asking me to participate.