Circus Noir--How the Big Top is the Perfect Crime Setting

Life under the big top isn’t fun and games—at least not in Niall Howell’s debut novel. I was lucky enough to be given an advance copy when I was at Left Coast Crime. It felt appropriate to come home from Vancouver with a book by a new Canadian author; after reading it, I can safely say Howell will be around for a long time. Only Pretty Damned is a beautifully written tale about a decidedly harsh and ruthless world. Here’s Niall to tell us how the circus became his perfect setting. – Claire

By Niall Howell
By my count, it’s three. I went a couple times when I was a kid, and then once in Las Vegas, when I was on the tail end of the worst flu I’ve ever had. I’m pretty sure both of the times I went as a kid it was the Shriners, because apart from blue cotton candy, all I remember from those visits were the hats, those blood red fezzes with wick-like tassels sprouting from their tops, making them look like cartoon bombs. The Vegas show I went to when I was older was done by Cirque Du Soleil. It was called Mystère, and it was so captivating that it made me forget about my fever, chills, and sore throat for the ninety minutes it ran.

Anyway, like I said: three by my count. That’s it. Certainly not enough to warrant obsession, not by a long shot. But, whether live, in books, or on screens, I’ve always found circuses very intriguing (I’m sure Batman Returns shares some of the blame for this). I don’t know exactly what it is about them that’s so magnetic, but it’s something I’ve been thinking about and asked about a fair bit since my circus-centric noir novel Only Pretty Damned found its way onto shelves, so here’s me trying to piece it together.

Much like my love of film noir, I think it must have started with the aesthetic, the antiquated glamour of the cathedral of wonders. Bright, shimmering, otherworldly. I remember when the idea for Only Pretty Damned was just beginning to take shape, flipping through Taschen’s The Circus: 1870s-1950s and being struck by photos of costumed performers, exotic and bizarre in their tights and feathers, their greasepaint and pointy hats. Men, women, and children would pay their admission, and in turn be granted access to another dimension, one where they could sit under the same roof as a wandering troupe of colourful cartoon goddesses and gods. How weird. How cool.

And with all that colour, think of the potential for contrast. The façade is bright and bold, but what about the world behind the big top? My mind raced as I flipped and scrolled my way through old photos. A pair of smoking acrobats playing cards on an upturned barrel. A beautiful dancer outfitted in what looked like sci-fi Moulin Rouge standing in front of a saggy makeshift clothesline, the ground at her feet littered with crumpled paper cups and popcorn bags. A post-show clown snoozing in a folding lawn chair, his bulbous nose resting on his lap. I found myself fascinated by that world, the hidden one beyond the canvas tent, where exhausted daredevils soaked their feet in ice water, and spec girls smoked cigarettes in the shade of an old trailer.

This is where the potential for crime came in. Those behind the scenes photos got me thinking about just who joins the circus. Now, after spending all the time I did researching this stuff, I can assure you that more than anything else, the type of person who joins the circus is one who is overflowing with passion and talent, and who has an enduring compulsion to entertain (for evidence of this check out the 2010 PBS series Circus). And those folks certainly had a place in my tale, but I spent far too much time in my formative years reading Raymond Chandler, James M. Cain, and Jim Thompson to tell an uplifting story. What I was interested in were the runaways, the delinquents, the oddballs and misfits who found themselves drawn to the nomadic performer’s life. With a potential cast of characters as curious and diverse as Batman’s gallery of rogues, the circus seemed like the perfect place for a quirky, grimy crime tale. Just swap Arkham Asylum for no fixed address.

I recently reread You Will Know Me by noir queen Megan Abbott, an author whose work I’ve loved since first encountering it years ago. The novel is set in the modern-day world of competitive gymnastics, which, like the circus is its own closed-off community. Reading Abbott’s novel again made me realize something about Only Pretty Damned that I never consciously clued into while I was writing it: in a smaller world, the stakes are higher. With their codes and their secrets and, perhaps more than anything else, their isolation, these sorts of contained societies are the perfect breeding ground for melodrama because everything matters more when you have less. I think that’s why the circus worked for me. Because on top of all the glittery glamour and mystery, the hard work and raw talent, the smaller pots boil the fastest. 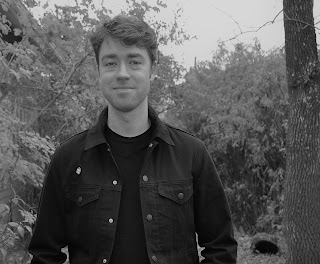 Niall Howell was born and raised in Calgary, where he still resides with his wife and three pets. His short fiction has been published in The Feathertale Review and FreeFall and he holds a Bachelor of Arts in English from Mount Royal University, and a Bachelor of Education from the University of Calgary. He enjoys playing bass, and obsessively collects records and comics. Only Pretty Damned is a part of the Nunatak First Fiction Series. Niall can be found on twitter @niall_howell.
You can order the book through publisher NeWest here, or through Amazon.