A Man of Mystery 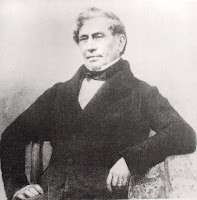 This past week, I learned a little bit of history. In the early 1800s, there was an Irish-born surgeon named Dr. James Barry, who served in the British Army in South Africa. Of his many accomplishments, he is credited as the first European to perform a cesarean section procedure in Africa in which both mother and child survived.

However, something else was discovered about Dr. Barry shortly after his death. He was transgender. That is, while he identified and presented as male throughout the entirety of his adult life, he was assigned female at birth. This discovery was made despite his specific instructions that his body NOT be examined after his death.

Just this past week, Publishers Weekly announced a book deal between publisher Little, Brown and author E.J. Levy, who has written a novel about Dr. James Barry's life. Problem is, Levy insists on misgendering Dr. Barry as female. As it turns out, Levy is what is known as a trans-exclusionary radical feminist (TERF), someone who refuses to acknowledge that trans people are who they say they are.

TERFs routinely harass and spread misinformation about transgender people. They fuel violence and discrimination. Most recently, they have been aligning themselves with the far right wing to further efforts to pass transphobic laws.

This book, which misrepresents who Dr. Barry was, contradicting his own journals about how he identified, is a classic example of erasure by cisgender (non-trans) individuals to deny the historical existence of trans people. It is also an example of misappropriation of trans culture.

Imagine if a member of the Ku Klux Klan wrote a biography about Dr. Martin Luther King, Jr. Or a serial rapist wrote about the women's suffrage movement. Absurd, right? And yet Levy, in her cisgender privilege and hatred toward trans people, has taken upon herself to misrepresent the identity of a courageous military surgeon.

A Community Speaks Out

Fortunately, thousands of transgender people and allies have spoken up and contact Little, Brown to cancel this book deal. As yet, there has been no response.

Personally, I think it would be foolish of Little, Brown to follow through with publishing the book. After all, who would buy it? Not transgender people or their allies. We will be speaking out in favor of a boycott. And not those who oppose transgender people. Why would they want to read about a transgender surgeon? So where's the market for this book? Is Little, Brown foolish enough to invest time in editing, design, layout, printing, and marketing for a book destined to fail? Time will tell.

There is also a movie in the works about Dr. Barry's life and work. But sadly, Hollywood has once again snubbed its nose at the transgender community and chosen to cast Rachel Weisz in the title role. While I am a big fan of Weisz (loved her in the Mummy movies, The Constant Gardner, Constantine, etc.), casting a cis female actor to play a trans male role is another example erasure and misappropriation. 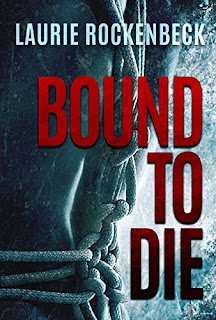 Too rarely are trans people cast even in trans roles, much less cisgender roles. And yes, there are lots of trans actors including Chaz Bono, Laverne Cox, Ian Harvie, Asia Kate Dillon, Jamie Clayton, Ruby Rose, Elliot Fletcher, Michelle Hendley, etc. Personally, I think Ian Harvie would be perfect for the role, though Asia Kate Dillon wouldn't be a bad choice either.

I don't mind when cisgender authors write stories with a transgender protagonist. Laurie Rockenbeck is a cis author who has written two great mysteries featuring a trans male detective. She gets it right and tells great stories to boot. Bound to Die was a nail-biter. And I could hardly put down the last one, Cleansed By Fire.

The important thing is to do the proper research and treat trans characters and trans people with respect. Respect our identities, respect our pronouns. No one knows better than us who we are.

This is why so many are calling for authors, editors, and publishers to utilize sensitivity readers, not to coddle to our feelings, but to ensure that the portrayal of trans people is realistic and respectful. Levy and Little, Brown have failed in this matter and done so with contempt.

At a time when murders of transgender people are at an all-time high, when trans suicides are soaring, when we are met at every turn with laws that prohibit us from being treated with the same respect as everyone else, that refuse to allow us to have access to life-saving medical treatment, that block us from correcting identifying documents with our correct names and gender markers, we still face forces trying to whitewash our history and erase our existence.

It is one of the many reasons why I write crime fiction with trans people as heroes rather than just victims, and why I choose to do it as an indie author. Because I refuse to be erased. Because we as transgender people deserve to tell our own stories to reflect the realities we face in everyday life. Because Trans Lives Matter.


As one of the few transgender authors in crime fiction, Dharma Kelleher writes gritty novels with a progressive bent, including the Jinx Ballou bounty hunter series and the Shea Stevens outlaw biker series. Her work has appeared on Shotgun Honey and in the upcoming Murder-A-GoGo’s anthology.

She is a former journalist and a member of Sisters in Crime, the International Thriller Writers, and the Alliance of Independent Authors. She lives in Arizona with her wife and three feline overlords.

You can learn more about Dharma and her work at https://dharmakelleher.com.

Posted by Dharma Kelleher at 3:00 AM

Welcome, Dharma. Beautiful article. Can't wait to see what you have in store for readers.

Dharma, it's great to have you here at DSD. I'm looking forward to your posts.

Thanks for this post. Seems that having folks tell their own stories -- those folks who have been marginalized -- is so important. Thanks for shining the light here.

Fascinating article. As a historian, there are so many aspects of human history I just don't know about. Looking forward to learning more.

Great to see you here on DSD, Dharma!

I have a better understanding of why we need sensitivity readers now. Thank you