Stop Telling Women How To Feel About Ted Bundy

What are you saying when you lecture women about Ted Bundy?

Last week I expressed concern with the inevitable return of the Ted Head. So it may come as a surprise that I'm deeply uncomfortable with the spate of articles, blogs, and social media posts wagging their fingers at women and girls who think Bundy is handsome or charming. I understand the compulsion, when I first stumbled into the hybristophilia community (looking for modern Ted Heads) my inability to understand attraction to serial killers and violent men colored my understanding of the women and girls who obsessively pined for them both romantically and sexually. 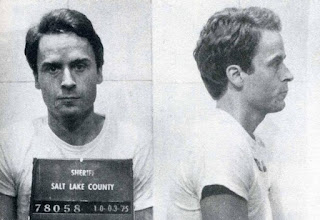 It's difficult to understand if one doesn't experience it, and since I don't, I had to work pretty hard at accepting the women and girls who write serial killer erotica and post collages with Jeffrey Dahmer and Ted Bundy surrounded by hearts as people who were even real, let alone worthy of my understanding. In my shock, I also discovered a deep curiosity. I dug deeper and tried to write about the phenomenon itself, and the women driving it, from a different point of view. What I found was - all the people wagging fingers at them, telling them they were sick, moralizing, and pushing them out of true crime communities only served to isolate them. In their isolation, they turn further into these communities and further from society. They don't talk to journalists because even the most open minded publications treat them as atrocity exhibitions. Many of these women see therapists, have "normal" romantic and sexual relationships, and in the current climate, where everyone is watching serial killer documentaries on Netflix, fit right in. Their sexual fascination with dangerous men is the only thing that sets them apart, but it's the thing that makes people flip out the most.

But who among us hasn't lusted for the "bad boy"? Are we judging the teenage girls who crush on Loki in The Avengers the way we're recoiling from our facebook friends commenting that, yeah, actually, Ted Bundy is kinda hot?

Our society romanticizes and dramatizes violence against women so cavalierly that we don't even notice how many of our favorite shows start every episode with a dead woman's body on the screen. We don't step back and wonder why so many true crime documentaries settle around traditionally  beautiful young women and girls as victims. We don't worry too much about the very real problem that women and girls are at more risk from the men in their lives than almost anything.

But we recoil at the idea that straight women might be attracted to dangerous men? Can we at least acknowledge that the moment a woman is attracted to a man she is attracted to someone who, statistically, has a damn good chance of being danger for her? Because when you raise women to accept that a ride home with a stranger may end in rape or murder, but also encourage us to date, marry, and love the same men offering those rides - you create a culture where at least some of us are going to be attracted to the devil we know.

Is it any wonder some women find themselves pulled to that promise?


Now for the real talk: Ted Bundy was only able to kill women because women were told to be polite and help the clean cut guy with the cast. Because we still tell women not to trust their instincts, to give the guy a chance, to not be rude, to not be a bitch. So can we just agree that we won't police their feelings about whether Ted Bundy had a nice smile? That's not protection. That's harm.
Posted by Renee Asher Pickup at 3:37 PM

Honestly this was a way of looking at it that I genuinely hadn’t noticed until we talked about it days ago. We as women are socialized to do the EXACT thing that we’re now doing. I think the Loki comparison is incredibly apt. How many narratives where the main character is the “bad boy” who needs to be redeemed by the love of a woman have we been steeped in? Too many to count. And now we’re going to shame women for doing that exact thing?