Every Ending is a New Beginning

My nephew looks so much like my sister it's spooky.

I know this could be where I insert a joke - poor kid - but that's the wrong direction. Sometimes, we look at our parents or our children and we see where the blue eyes came from or the red hair.

And sometimes we're left to wonder.

My sister and I have both always been issues oriented. We grew up poor. Now, by the time we were teens I guess it would have been middle class, but when we were young we were poor. I remember asking my dad once how much money he made and he said $20,000 a year and I thought it was a huge amount of money.

I don't think my parents could afford to think about issues. They were too busy building a business and dealing with day to day. That's why in our house, when food was put in front of you, you damn well sat your ass in that chair until it was finished.

Waste of anything was a luxury we just couldn't afford.

I see it now, years later, in a way that I couldn't see then. By the time I was a teen we were comfortable, I guess. We'd traveled through the States, we'd built an addition to the house.

And I had the luxury of my issues.

Thanks to social media, there's always an issue. Today I saw this tweet:

"I tweeted today about quitting jobs and following dreams. It's one thing that strangers compared me to the Unabomber and wished me dead. Literally. But now someone tracked down my mom to harass her. This is SO FUCKING out of proportion. Move on to your next outrage, please."

I'm burnt out on outrage.

There are times it is totally warranted, but haven't the last two years of politics in the U.S. and U.K. been enough to instill fear in our hearts about complacency, about racism, about real serious issues?

I know Heller suggested people quit their jobs and write ... and I know how people responded to that.

The thing is, when I first became aware of the controversy, the person had linked in not from the start of Heller's thread, but several tweets down, and this is what I read:

I 100% agree with what Heller is saying here. Taking creative risks is a choice.

But it is also dangerous to move to the safety of complacency, and that is where so many writers are today. They try to capture the latest trend and ride it, or find a level of audience and won't take the risk of publishing something daring and different for fear of alienating readers.

There's a glut of mediocre books published every year that don't mean much of anything to anyone beyond the writer who penned them.

Sometimes, for there to be that radical new beginning, there must be an end.

I would rather fail spectacularly than never have the balls to take risks. And that is why today is my farewell to Do Some Damage.

I'd originally planned to take a bow later this year, and brought it up with Steve in December, but over the past few weeks there have been a lot of things going on - online and behind the scenes. Some will be known in time, some perhaps never shared.

Like ... an anthology project is finally coming out. Soon. But I'm not giving details until I have a confirmed date, so don't ask.

What I have found is that the people who I have the closest kinship with are mostly lurking in the shadows, unhappy with the current state of social media 100% rage, but unwilling or unable to combat it.

We can still have our kinship. Email. Text. Catch me on FB - I don't just generally friend even authors with loads of mutuals anymore, but the Sandra Brian account will friend anyone. I'll still be posting reviews and such at Toe Six. I'm accessible. Those who want to find me can. Those who don't don't matter. ... I'd rather spend the time I put on this blog on actual communication with real people. Nobody should feel alone because everything has become a sequence of impersonal interactions.

Those who know my pseudonym will see me most active there. If you don't ... well, get in touch privately. When the time is right I'll tell you.

I leave with a couple final things. 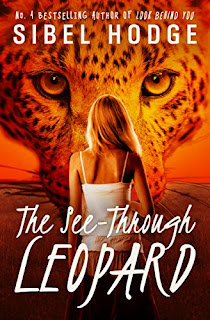 1. Read outside your genre. Recent reads? The See-Through Leopard. If you love animals, wow. If you're dealing with grief, wow. It ought to come with a 'Kleenex required' warning on the front.

2. Write outside your comfort zone. Take some risks. Do something different.

3. Ask yourself if how you're spending your time is wise. Like, seriously, it's the same # of people reading week to week on a blog or twitter or wherever. They can be a great way to stay in touch with friends, but don't kid yourself and think it's selling loads of books.

4. If you want to be an author, then go do that. Stop putting the promotional cart before the creative horse.

5. STOP SAYING YOU'VE FOUND YOUR TRIBE. All the talk about diversity and racial sensitivity doesn't mean SHIT if you only consider the people who are in the community. I reached out and asked a Native friend about writers using this term. His response?

"How do you suddenly or otherwise "find your tribe"? That sort of "identity discovery" reeks of privilege and manifest destiny, doesn't it?"


Just stop with that insulting crap. I have been guilty in years gone by, hence bringing it up a few weeks ago.

6. Pick your outrage with care.

Seriously ... does anyone in the book world read anymore? Why is it so hard to find great recommendations? Oh, right, wading through bitchfests and controversies, where even the legit controversies are watered down by the manufactured rage.

7. And leave Jason Heller and his mom alone.

Seriously, when did it get so hard to disagree respectfully? Don't agree, fine. Attack the person? Attack their mother? Only 45 supporters can get me to that level of irrational anger. Writers? This has got to stop. It isn't normal, healthy, or okay.

And for the people locally (Mason-Dixon Line) who mocked my great love of Canadian music, because they were too small to understand anything  I give you the artist who penned the song "For You" that was recorded by Dave Matthews and Johnny Cash. The man I saw in concert a lifetime ago at the PNE, who felt uncomfortable with girls heckling him. The man who wrote a song that is open to interpretation ... happy or sad? That's up to you. A man who worked as a pediatric nurse, who (along with his wife, who went to school with an ex-boyfriend of mine) founded #NotInMyCity "which advocates and facilitates on behalf of women and children who are sexually exploited and trafficked in Canada." #Respect. (My cousin, Grammy Award-Nominated songwriter Deric Ruttan, penned a song Paul recorded. Just more for the 'small world' files.)

I do love a road trip.

On that note, to new beginnings.


And one more for the kids, because it was always their favorite Paul Brandt song:

Posted by Sandra Ruttan at 7:08 AM