Telling Lies to Find the Truth

Scott's Note: I'm happy to have S.A. Cosby here this week to talk about his debut novel, My Darkest Prayer.  In it, he introduces Nathan Waymaker.  Waymaker lives in a small Southern town and starts his tale by saying, "I handle the bodies".  He does, in fact, work in a funeral home.  He also happens to do a number of other things in his town, and as an ex-Marine, he's known as a guy who can help people whose attempts to get help elsewhere have failed.  In My Darkest Prayer, a local church minister is found dead, and some of his parishioners come to Nathan for help when they feel the town police aren't doing all that much investigating.  Cosby's book is a remarkably assured debut, but he didn't get to this point without a lot of work and sweat.  It's that effort to get this far that he talks about here.

TELLING LIES TO FIND THE TRUTH
BY
S.A. COSBY

If you were to ask my mother, she would probably tell you I was a fabulous liar. One of her favorite past times is regaling friends and family with anecdotes about me lying, getting caught in said lie then doubling down on that lie. It seems even from an early age I liked making up stories.

It took me a little while to find my niche when it came to this writing thing. I was always a fan of horror, sci-fi and fantasy. I idolized the greats. King, Asimov, Tolkien. My first forays into serious writing were gentle pastiches of the work of my favorite authors. These works were…. not good. I was trying to sing a song with someone else’s voice. A song that I wasn’t really that skilled at interpreting. 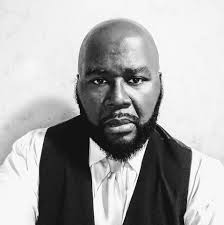 Crime fiction speaks to me in a language that I understand. It is the prism through which I can examine aspects of my own identity and the identity of those around me. But that doesn’t mean I thought I could actually write a whole book. I had tried and failed to finish a crime novel several times. To me writing a short story or a book is like finding a point of egress into a house. When it came to a full-length novel, I could find nothing but a locked door.

I wanted to write a detective story that incorporated some of the tropes that defined the noir style while incorporating some of my own observations about race and class. I also wanted to move the setting from the fog-shrouded streets of the concrete jungle to the dusty, dirty roads of the rural South.  That's where I'm from.  That's my home.  A place of startling beauty and disturbing vulgarity.  One of the reasons I did this was to show that the South doesn't belong to the last remnants of the Confederacy holding on to a Lost Cause.  Southern heritage is not a battle flag.  It's the inexorably complex relationships and social constructs that define the land that bears America's deepest scars.

That doesn’t mean I stuffed the pages with a lot of overt messages and pedantic soliloquies. I’m a firm believer in the idea that if I have to tell you what I’m trying to say on the page then I’ve failed. It’s there between the bar fights and the shoot-outs. Some people will get the subtext and some people will just enjoy the action. Hopefully, you come for the ultra-violence and stay for the themes. 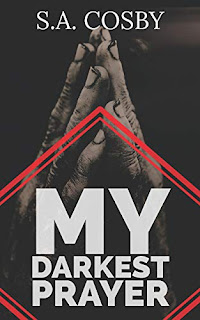 This book was a learning experience for me in more ways than one. My Darkest Prayer taught me about the artistic side of writing and the business side. I found a groove that allowed me to stretch my wings beyond the confines of the short story. It wasn’t easy, but about fifty pages in, I realized I was going to finish it. I didn’t know if it was going to be any good, but I knew I was going to finish it. When it was done, I was blessed enough to find an agent. And this was where the business lesson began. My Darkest Prayer was rejected a lot. Over 30 publishers passed on it. I was told it was too niche, too black, not black enough, too country, too rural, too southern. I got lovely ¾ rejection letters that praised the dialogue and the characters, then in the last ¼ lamented the fact it didn’t fit into their catalog. The agent and I parted ways(amicably), and I put My Darkest Prayer on the shelf. Metaphorically speaking. A year later I ran into some of the folks from Intrigue Publishing at a Noir at the Bar event and they decided to take a chance on me. I say all this to illustrate a point that was made clear to me by a dear friend.

I won’t beat that old drum about never giving up. That shoe doesn’t fit everyone. I just thought this was a story someone would enjoy. I poured a lot of years of love and hate into My Darkest Prayer. I’ve said before that I’m not trying to re-invent the wheel but I want to tell the truth. The truth about the South. About being black in the belly of what used to be the Confederacy. I wanted to tell the truth about crime and murder and what it looks like when everyone has a secret symbiotic relationship with everyone else within the county lines. Most importantly I wanted to tell the truth about the people who do the things you and I can’t. The ones who sometimes even the scales in the dark.

I sincerely believe any writer worth their salt is telling us a fabulous lie in an effort to show us an uncomfortable truth. I hope that people who read My Darkest Prayer will enjoy the lie and understand the truth behind it.


You can get My Darkest Prayer right here.
Posted by scott adlerberg at 3:00 AM

That makes sense. Getting the book payday. Thanks