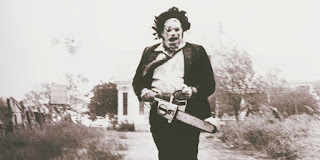 
The original. The 1974 classic where a small group of college co-eds are terrorized in their sorority house as they prepare to leave for Christmas break.


Many horror aficionados consider this one of the first slasher films and it went on to inspire John Carpenter’s HALLOWEEN and Fred Walton’s WHEN A STRANGER CALLS. With all the trappings of an exploitation film BLACK CHRISTMAS starts innocently and builds to absolute terror as the sick and violent predator stalks the co-eds with creepy phone calls and then murders them one by one.


As the sorority house and surrounding college neighborhood empties for the holidays there is a sense of loneliness and fear that wraps the women trapped in the story. The actual murders are telling in their own way. One victim is suffocated in the attic while she can still see the safe world just outside the window. Safety is just out of her reach. Then there is the use of a Christmas ornament to kill Margot Kidder. This movie broke so many rules it has to go down as a treasure.


This absolutely gorgeous film might be Dario Argento’s most famous work. A young woman travels to Germany to attend a prestigious ballet academy. Soon, brutal murders rock the ancient school. The students are visited by visions and insanity, as it is revealed the school is run by powerful witches.


SUSPIRIA contains a genre-defining death scene so full of color, sound and gore it is hard to watch and hard to turn away. The sanity bending soundtrack, featuring Italian progressive rockers Goblin, is haunting in itself. SUSPIRIA is hard to forget.


THE TEXAS CHAINSAW MASSACRE is a dirty piece of American filmmaking, deserving of a place in movie history. Over the top disturbing and violent, though all the violence is actually inferred and not splattered on the screen, Chainsaw Massacre follows a group of kids on a journey across Texas. After their car breaks down and they search for help they encounter Leatherface, a grotesque psychopath wearing the skin of his victims, and his extremely disturbing and very hungry family.

This was the first time I had seen cannibalism portrayed in film and it flipped me out. Crazy, violent, and raw, the film’s low budget and low effects made the movie seem like a documentary. As if we were a part of the brutality. It made me feel guilty and afraid and I loved it.


Clive Barker dammit! HELLRAISER brought the spectacular Clive Barker to American shores and I for one am eternally grateful. HELLRAISER blends terror, sex, and fantastical nightmares to create a cinematic masterpiece.


HELLRAISER introduces us to the Cenobites, all formerly human, though now cursed to torment humans who dive too deep into their home realm. Gnashing, grinding teeth. Barbed wire. Leather suits and milk-pale faces, Cenobites were created to make man suffer and they kill and torture in many horrific ways. The sublime Pinhead is their fearless leader, crowned with sturdy nails all over his skin. He kills with hooks and chains, ripping sinners apart. HELLRAISER is a deep and bloody jaunt that will haunt you forever after.


NIGHT of THE LIVING DEAD


George Romero changed the face of horror films forever with his release of this classic piece of cinema. NIGHT of THE LIVING DEAD is considered the stepping off point for modern zombie lore. These were not zombies brought back to life by a religious zealot so their bidding might be done. These were zombies that were rising and moving because of some great wrong worked by the human race. These undead death machines were our punishment.


For $6,000 George Romero told the story of a brother and sister visiting their father’s grave when the dead begin to rise. They join with another group of survivors and try to stay alive inside an old farmhouse. The film shines a not-so-subtle spotlight on the Viet Nam War and race relations within the U.S. It’s our story told through the dead.


Based on William Peter Blatty's novel of the same name, the film follows a single mother as she tries to save her possessed daughter, Reagan. Questions of sanity and faith fly back and forth as the Catholic Church agrees to intervene. Fragile characters and deep story lines help to lay a tremendous foundation for this one-of-a-kind movie.


The film received ten Academy Award nominations, including Best Picture, making it one of the few horror films to be nominated for Best Picture. Disgusting special effects created such a stir when released, some theaters refused to show the film.


This movie is a classic, from the film score to the expertly and carefully used first-person point of view. The original was all about ratcheting up the tension and prickling your nerves.


We learn about Michael Myers, a young boy who viciously kills his sister on Halloween night and is soon after institutionalized. As an adult he escapes the asylum and returns to his hometown to continue his killing spree.

With its subtle blend of supernatural and realism, HALLOWEEN scares on a different level than most other genre movies. Though we know Michael Meyers is human he appears monster-like. He lacks humanity, covered by his pale, expressionless mask. He’s not like us. Add in the simply prefect score, by none other than John Carpenter himself, and you will have nightmares for years.


Is it a zombie movie? Is it a plague movie? Apocalypse? No matter, 28 DAYS LATER is a gorgeous film filled with the dreadful loneliness of a dying society. When bike courier Jim comes-to in an empty London hospital he finds the world has begun to feed on itself. The opening sequence is stunning and triggers the feeling that we are witnessing the end of the world.


Though the monsters in Danny Boyle’s 28 DAYS LATER are fast-moving, strong and filled with rage, unlike the great George Romero’s slow and steady undead, the same sentiments remain. It’s a critique of humanity’s most basic emotions and desires.


The Tall Man. The Tall Man. Agh. What more do I have to say? One of the greatest “bad-guys” of all horror movies and so perfectly played by Angus Scrimm, with his long hair and deviant eyebrows. He is not the bumbling, ugly monster we see in FRIDAY THE 13th or NIGHTMARE ON ELM STREET, but a creepy, other-worldly creature who lives in a mausoleum, controls dwarf minions and zombies and elegantly kills with his brilliant death sphere.


One of the the film's best moments is a dream sequence in which the teenage protagonist, Mike opens his eyes, unable to move, and sees The Tall Man hovering over his bed. I couldn’t sleep for weeks after seeing this movie.


Big-eyed and gentle Mia Farrow plays Rosemary, a young, out-of-place house-wife living in NYC with her ambitious, fame-seeking husband.  When she discovers she is pregnant with their first child she is, at first, joyous, but is soon overcome with fear as the couple’s strange and pushy neighbors encroach further in their life.

Increasingly, she is isolated from the outside world and family and depends only on their new friends. Soon we see her husband has given his soul and their unborn child’s life to this group of Satan worshippers and their dark lord in return for success.


There are so many levels of discomfort in this film. Life in the big city, fraught with paranoia and pressure. Loneliness. The unfathomable betrayal by a husband. The idea that something that doesn’t belong is growing inside you. ROSEMARY’S BABY is a slow and steady attack on your sense of well-being.
Posted by Marietta Miles at 11:17 AM