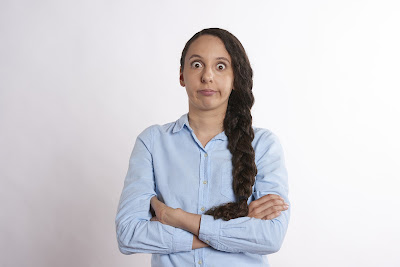 When a book is published there are usually two avenues it could take: it can be ignored or it can get a smattering of reviews. If you are an author and you get your book reviewed that's pretty lucky. There are so many books published every day it is impossible that every one of them gets the attention they deserve. Then your reviews will be filled with praise or condemnation.

When I find a book I love, I'll pimp the hell out of it in person and on social media. But if the book is not so good bad, I'll stay silent on it except for my published review. Last week, I reviewed three books: one I felt was bad, one that failed me at the ending, and the third that I found to exceed my expectations. If you follow me at either Twitter or Facebook you probably already know that the book I loved was J.J. Hensley’s “Bolt Action Remedy” (Down & Out Books). I felt that Hensley had done so much right with his book that in essence a police procedural. I also enjoy Chris Orlet’s “A Taste of  Shotgun” (All Due Respect) but felt that the ending didn’t fit the book after all I'm only quibbling about five pages. The third book was one I could not even finish, Saira Viola’s “Crack, Apple & Pop” (Fahrenheit Press).  What I didn’t do for the third book was even post a link on social media about my review.

I get it, bad reviews suck. I hate writing them. Hell, I hate reading the book that forced me to write the review. But my hope with writing almost 200 reviews is that when I recommend a book by J.J. Hensley, Preston Lang, Marietta Miles, Chris Offutt, or Stephen Mack Jones, you will know I’m not blowing smoke up your ass . . . okay, there might be a little smoke blowing but that’s just called flowery prose. Yes, bad reviews may hurt, but I imagine great reviews feel way much better than a bad one.

Earlier this week, I published Jim Thomsen’s Shoulder Wounds. It was the second installment of his column where he reviews several books he’s read. Sometimes he likes them and sometimes he doesn’t. Things went haywire when the tweet I posted referenced a writer of a particular book that Thomsen didn't like, Thomsen wrote that her work for him "suffers from a sustained failure to lift off the ground and generate the sort of tailwind that makes the pages turn." A bad review and a social media call out. Apparently, this goes against social media norms and upset some people. As Thomsen pointed out in a later tweet, he could have equally gotten flack for subtweeting the author and subsequently accused of acting cowardly. After several days of thinking on this, I'm siding with Thomsen on this one. (But I'm also the kind of guy that doesn't understand the whole "don't talk ill of the dead" consideration.)

Where does all of this lead? For me, I will begin to post links to my reviews whether good or bad on social media. I won't hide behind the subtweet or the absence of social media any longer. Yes, bad reviews aren't what writers are looking for, but ask an author who has never gotten a review if they'd like a bad review or two. But also know this, every time I open a book, I am hoping that that book will be the greatest thing I've ever read. Every time.

I’m hoping for some dialogue about this as I know some people do not think there is a need for negative reviews let alone calling out an author on social media about a negative review.

Brian and I talk about this often. Years ago, I wrote a review for Mysterybookspot and expressed that Queenpin didn't work for me. I actually tried to back out of finishing it, but Brian (who seemed like the only other person in the world who didn't like it) begged me to finish. I'm not going to focus on the whys. I'll just say there was backlash.

While it's never nice to experience that, it hardened my edge. The author circle jerk is bad. Reviewer circle jerk is worse. I studied journalism in college. I've been assigned to review for publications. And I have been taught how to review. Now, for myself I have a looser system. But a reviewer's job is to tell people why a book did or didn't work for them. And people can disagree

That's why I waa glad to have picked up on a favorable review of an anthology that fell a bit short for me recently. And in my review I say go read that review. Read on to my points if you're the type of reader who is picky about details.

It's an example of a book I have no problem seeing others read or recommend. Your mileage may vary. But readers get to know a reviewer's baseline and they get to know if they can trust a recommendation and they get to know why. This can only happen if reviewers are honest and if they express a lack of enthusiasm sometimes, instead of constant glowing praise.

Next week I will run a review by someone else that is critical of a book I favorably reviewed myself. We disagree, but as long as it isn't a personal attack and is a thoughtful analysis I am fine with that.

I know who craps on my stuff because they don't like me. That says way more about them than me. And I know reviewers who just praise to curry favor. For the little brief boost in your friend count it seems a sad thing to sell your soul for.

So... That puts me with Jim and you. Good bad or meh, tag the author. Then sit back with the popcorn...

Both authors & reviewers need to look at the long arc of credibility which in turn creates trust in the system, without which we fly blind. Though it may mean a book doesn't sell, it may also mean a book will sell.