By Danny Gardner
Author, A Negro and an Ofay

Lately, I've been writing to save my life, treating each and every thread and personal leaning as a burning rope I have to climb. I've given up on the notion that pen to paper will ever make me happy or fulfilled. I now write to rend from the self that which is too clear and bold to have ever belonged to me. When the words are pure and potent, they just can't be mine alone. I've been courting the anguished words, those which feel like hot coals in the belly and hot razors out the fingers. I've been keeping a low profile, saving the energy of lip service for the work at hand, which has expanded by two standalone novels due to my agent's strategic shift in the wake of new industry information. 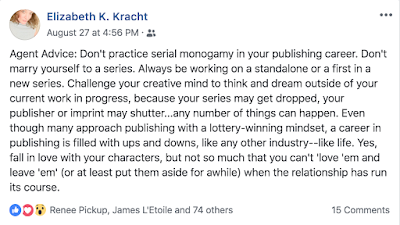 And yes, I've been completing the next Tale of Elliot Caprice. Recently, Steph Post, of Miraculum

fame, asked me a few questions for her Book Bites interview series. Here are some outtakes. See you soon, and with another novel.

Who was your intended audience for A NEGRO AND AN OFAY?

I write adventures. The setting and characters of A NEGRO AND AN OFAY are already familiar to black folk, so the nostalgia and reconciliation with the past is a fair selling point, just not a strong enough value proposition for a successful book, I find. White folks have rarely if ever seen these faces and heard these voices and approached these same settings from the angles I do. I wanted it to be the first trip to an amusement park, for whomever.

Last year, I met kids who, before reading it, didn't believe racism existed beyond the South. We're generations after the Migration. No one is writing letters back and forth to their city cousins anymore filled with tales of wonder. Black and white kids in 2017 who think the hardest parts of Chicago are black are fascinated by the powerful and violent white folks I write about. Conversely, I have a letter from a woman who thanked me for teaching her something about Chicago she hadn't realized until her 80s because it was a black fact and therefore hidden from her as a white person.

Perhaps my audience is opposites.

Is there anything in the novel that you wish more readers noticed?

They’re reading and enjoying a black book that doesn’t feel black at all but is the blackest thing ever and yes, it’s in the room with their MAGA hat and nothing exploded.

What are you doing differently next novel?

I’m not telling the same story as before. Themes of race are constant for black folk, and thus, they’ll be constant for the reader. No need to remind Miss Sally from Wichita she’s feeling a black mulatto’s feelings at the beginning of each chapter. We're just going to get to it.
Posted by Danny Gardner at 2:51 PM