What Editing My Ten-Year-Old Novel Taught Me About Writing

Scott's note: There's a guest post today by J David Osborne.  Not that he needs an introduction, but David is both a fiction writer and the publisher who runs Broken River Books.  Two of David's earlier works have just been re-issued, and he's here to tell you about them.  He's here to tell you about what he learned by going back and revisiting, re-editing, books he wrote years ago.

About a year ago my former publisher, the powerful and immortal Swallowdown Press, closed up shop. The rights to my first two novels reverted back to me. I enjoyed having them out of print. It felt good to let them rest for a bit. They went up (and up, and up) in price on Amazon. I had written “collector’s items!” Demand grew. Once I felt the time was right, it was time to republish those bad boys.
In going over the books to proof them before release, I went on a journey back in time. Separated by nearly a decade and a few hundred freelance editing projects, I felt like I was reading books by a different author. Considering you’re a whole new collection of cells every seven years, I guess they were by a different author. 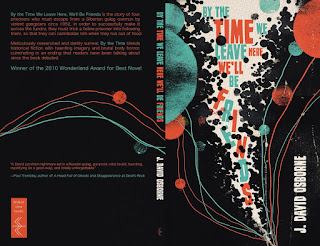 By the Time We Leave Here, We’ll Be Friends is about a group of prisoners in a Siberian gulag who must escape. In order to make it across the vast expanse of barren tundra, they must bring with them a “calf,” or a person to eat when they run out of food. It’s inspired by Silent Hill video games, James Ellroy novels, and David Lynch films.
Especially David Lynch films. Around the time that I wrote it (2009 or so) I was obsessed with Mulholland Drive. I loved the mystery surrounding every scene, and how it felt like there was this whole weird world beneath what was happening on the screen. I enjoyed being confused, and how the film made me feel something that I couldn’t put words to.
So I did the “smart” thing and attempted to put that wordless feeling into words. I did a ton of research for the book, sticky-noting Anne Applebaum’s Pulitzer Prize-winning Gulag for the juiciest, ugliest shit that I could find. I acquired the Russian Criminal Tattoo Encyclopedia Vols. 2-3 in order to learn the language contained within those tattoos and the hierarchies of the gangsters who wore them. I lifted stuff from Solzhenitsyn and The Long Walk.
The challenge in re-editing this book related to younger-me’s stylistic decision to make BTTWL a puzzle. I gave all the characters big backstories, then cut them away, leaving a few key details. For example, there’s a bit throughout the book about a missing photo that, if you figure it out, makes everything about a certain character even more sad. No one’s caught it yet, in eight years.
Of course, I had to remember all this shit, too. At times, to be honest, I couldn’t. But I left it alone, no matter how annoyed with my past self I became. He was so satisfied with himself and with this novel. I’m not satisfied with anything, anymore.
I took the “puzzle” element way to far, to be honest. There are entire stretches of sentence fragments that are nearly impossible to parse. Sentences switch from concrete descriptions of otherworldly things to otherworldly descriptions of concrete things and metaphor gets all tangled up in story and, oh, by the way, see if you can juggle four or five storylines going simultaneously in this manner for about a hundred pages. There’s also like, subtext and stuff, bro.
The people who loved this one really loved it, and the folks who hated it really hated it. Just check the Goodreads reviews. I don’t blame any of them, though I think it is, wait for it…pretty good. 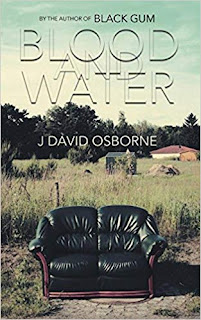 Low Down Death Right Easy is about a pair of brothers who find a severed head while hand-fishing for catfish. “Noodling,” it’s called in Oklahoma. The brothers run afoul of a local enforcer who is losing teeth and talking to strange gods. The new publisher, King Shot Press, and I decided to rename this one (based on the fact that I spent the past six years or so getting blank looks when I’d tell people the original title). We’re calling it Blood and Water.
I didn’t have the same problems with this one that I did with By the Time. The story was much more straightforward, and around this time I’d been kicked around enough that I’d stopped being satisfied with writing needlessly obtuse prose. I still fucked around with the sentences a bit, to be honest. It’s difficult not to.
There’s this temptation to “George Lucas” these books, to add in elements that I should have put in in the first place, and to take out the stuff that I should’ve left out. And like I said, I did that juuuust a little bit. But overall, editing these novels has allowed me to see myself from a detached point of view. I edited coldly, like I would any other freelance project. And I learned that I am nowhere near the writer I used to think I was. But I’m also not as bad as I currently think I am. 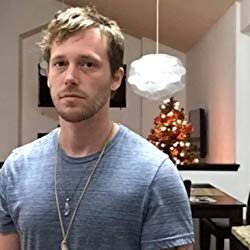 If I were to give myself an assessment, like I was my own client, it’d go something like this: “Easy on the metaphors. Give the reader a bit more of a lifeline. Slow down. Let things flesh themselves out. Take your time on the endings. Really work on sticking those landings.”
I’d say, “Write for your smartest reader, sure, but don’t write to confuse your smartest reader.”
It’s a great exercise, and one that I recommend all writers do at one point or another. Painful though it might be, reach into a drawer and pull out a novel from ten years ago. As an exercise, re-edit that little bastard until present-day-you is happy with it.
It got me writing like crazy again. To be able to see yourself outside of yourself is an asset to a type of person (I’m talking about writers here) who live inside their head. Gets you that much closer to objectivity. And sure it’s narcissistic…but what about this entire profession isn’t?
Remember:
You’re not as good as you thought, but you’re not as bad as you think

By the Time We Leave Here, We’ll Be Friends you can get at https://brbjdo.bigcartel.com/

Blood and Water you can find on Amazon here.