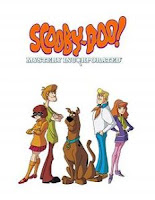 One of my favorite modern cartoons was Scooby Doo: Mystery Incorporated. The show, which ran for two sporadic seasons, came at the perfect time for my boy, who had just discovered the original series and enjoyed it. But Mystery Inc. was something different. Not only did it issue meta commentary on the original series, it offered an excellent example of ongoing storytelling amid ‘monster of the week’ episodes.
I re-watched the first episode again. The more I watched the breakdown of the episode, the more I realized how the scenes were actually structured. Yeah, it’s the curse of a writer always to be mindful of how stories are constructed.
Effortlessly, scenes relayed not only the backstory and current situation of our five heroes—Fred, Velma, Daphne, Shaggy, and Scooby—but also subplots and main plots. Sure, it’s a cartoon, but that doesn’t mean it can’t be built like a movie.
And this episode was. The precise moment I realized it was when Velma was about to tell Scooby about her relationship with Shaggy—still not one of my favorite aspects of the show, but I understand why—when the monster attacks the Mystery Machine. Thus, subplot averted for main plot. This subplot remerges one more time and then is tabled until the next episode. Ditto for the Daphne/Fred subplot.
The coolest thing is one of the clues. Daphne finds a key that is also a locket. Inside, there is a photo of a couple. She can’t figure out what it means to *this* episode until the end when the Bad Guy reveals he’s never seen it before.
But Fred’s dad, the mayor, has. The last scene is the gang at a local radio station and they get a call. A spooky voice says “You don’t know what you’ve uncovered: the truth of the curse of Crystal Cove.” When asked who the caller is, he identifies himself as Mister E. “And the real mystery is about to begin.” And the episode ends.
Boom! Now you’ve got an entire season’s worth of storytelling.
I really loved this show. Season 1 was pretty consistent in terms of airing, but Season 2 was sporatic. The casting was great. Patrick Warburton is the sheriff.  Each set of parents were an older reflection of the each gang member. Shaggy’s dad was voiced by Casey Kasum, the original Shaggy. The look, the feel, the vibe of the entire series is excellent. And the series finale is mindblowingly good.
Anyway, just thought I’d share some writerly thoughts about the first episode, “Beware the Beast from Below” of Scooby Doo and remind you that you can find inspiration about writing everywhere.

And don't even get me started on the series finale. Brilliant way to end this show...