We're Not Going To Do Anything Stupid, Are We?

I had the opportunity to listen to a few of the episodes of Eryk Pruitt's true crime podcast The Long Dance and it's quite good, better than many of its brethren. All of its episodes drop on July 3rd. You may remember I wrote about The Long Dance back in January after sharing some barbecue with Eryk. So I thought I invite Eryk to stop today by and tell us a little story about the making of the podcast. I hadn't expected this. – David Nemeth 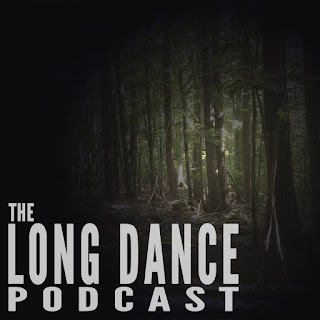 For my work writing and producing The Long Dance, the eight-part true crime podcast detailing the North Carolina Valentine’s Murders, I had to step far outside my own comfort zone. Far from my darkened work cabin, the research required me and my partner, investigative reporter Drew Adamek, to criss-cross the state of North Carolina in search of interview subjects who would inform the audio documentary we constructed to tell the story of the investigation into who killed Patricia Mann and Jesse McBane in February, 1971. Since this was not a requirement for fiction writing, I suffered a bit of a learning curve.

For example, I never fancied myself a great interviewer before we started work on this project, back in the Fall of 2016. As I learned with my short-lived radio show, The Crime Scene with Eryk Pruitt, I tended to bulk up on research, then interviewed on behalf of a well-researched host. Instead, I should have asked the questions the audience wanted to know. Lucky for me, Adamek was a skilled interviewer and allowed me to learn by watching him at his craft.

Adamek taught me to warm up the subject, rather than dive immediately into the more difficult details. When interviewing family and friends of Pat and Jesse, Adamek would sometimes not even get to the details of the disappearance until we’d been talking to them for over an hour. Also, my tendencies would be to take my heavy research into the interview to seek out a narrative that I had preconceived. This, also, was a mistake. A more relaxed, natural interview led us to some very unexpected places.

Speaking of unexpected, we learned quickly to be prepared for it. Often, there was no way to predict what would happen when we knocked on a door, or met someone in a neutral location. Once, an interview subject’s wife suffered a heart attack in the middle of our session. We waited with our subject while the paramedics arrived and loaded her into the ambulance. Another time, we revealed to a subject that his father had passed away eight years earlier. He had spent the majority of his life searching for the man, and had no idea. In another instance, we dropped in on the man who investigators believe to be the primary suspect. The man has a record of extreme violence, is known to carry a firearm, and has an irrational temper. In this instance, we used hidden microphones and a clandestine go-pro camera. We also had a production team in a van outside his doctor’s office…

But it was one particular interview in Greensboro that left the biggest mark. One man held a key, damning piece of information and, without it, we could never present our case against the primary suspect. After several phone calls went ignored, Adamek and I hopped in the car and drove the hour west to Greensboro. We located his house and knocked several times until finally he answered.

He was clearly agitated, and once he discovered we wanted him to talk about a particularly troubling moment in his young life, he became more upset. He demanded we leave his property, then chased us across the yard to continue his harangue. After a bit, we talked him down and he asked us to come inside so not to disturb his neighbors. We agreed.

The first thing I noticed when we stepped inside his house was that there was very little furniture in the living room.

The second thing was the cage.

Yes, a six-foot, steel cage in the middle of the living room, across from a twin sofa set and very little else.

The next thing: The door bolting behind us.

Adamek and I had no choice but to keep cool as we walked past the cage and took our seats on the couch. The man ordered us to turn off our recorders, then proceeded to rant for thirty minutes straight about his situation back then, his situation now, and any other number of things that escape my recollection because all that was running through my mind was:

I didn’t tell my wife where I was going.

I didn’t tell anyone where I was going.

Like an idiot, I just hopped in the car and drove to Greensboro and now I’m sitting in the living room with a clearly disturbed man who KEEPS A FUCKING CAGE IN HIS HOUSE.

How long would we spend together in that cage?

Lucky for us, it never came to that. Our subject calmed down and permitted us to record his version of the events. We exchanged email addresses and phone numbers. After Adamek and I left the property, neither one of us were able to speak until we were miles down I-40.

Which brings me to the final, and perhaps most important lesson I learned as I sharpened the new skill of interviewing for research:

When conducting interviews during a murder investigation, always tell someone where you are going.

You may need an extraction plan.

All eight episodes of THE LONG DANCE will be released on July 3. You can find us at www.thelongdancepodcast.com, on iTunes, Stitcher, iHeartRadio, and wherever you find your favorite podcasts. Our Instagram page has photographic media related to the case. Thank you for listening!!