With long, lazy days and the sun just right for lounging, summer is a great time to slow down and kick back with a good novel. Who better to give suggestions for summer books than book-worms, fiction aficionados and storytellers? Esteemed authors and experts tell Do Some Damage what they are excited to read this summer.

Hey, summer comes early in southern Arizona. After a couple of weeks of hundred degree temps, we drove to Puerto Penasco to cool off along the Sea Of Cortez.

I took Tom Pitts with me. Or rather AMERICAN STATIC by Tom. That kicked off my summer reads. Wow, what a start. Could not turn the pages fast enough!

Currently reading EVERGLADE by Greg Barth. It is the latest in the SELENA series. Selena, Barth, enough said.

Did a reading in Tucson with Chris DeWildt last week. Scored a copy of his latest SUBURBAN DICK. It’s burning a hole in my night stand.

Also in my TBR pile is a book I am late getting to. SHE RIDES SHOTGUN by Jordan Harper.

Lastly, my wife and I are going to Maui to end the summer. A friend recommended BLUE LATITUDES by Tony Horowitz. He and a friend retrace Captain Cook’s South Seas route in a sailboat.

Almost forgot I’ll have to squeeze in a couple of Joe Clifford’s JAY PORTER books. I’m falling behind and he’s churning them out quicker than my book buying budget can keep up with!

BILL BABER’S crime fiction and poetry have appeared widely online and in numerous anthologies including Betrayed from Authors on the Air Press. His writing has earned Derringer Prize and best of the Net consideration. A book of his poetry, Where the Wind Comes to Play was published by Berberis Press in 2011. He lives in Tucson with his wife and a spoiled dog and has been known to cross the border for a cold beer. His story " Bad Night On The Border " will appear in IT WAS A DARK AND STORMY NIGHT, the second western anthology in a series edited by Scott Harris. He will also have a story coming at Story and Grit. He is working on his first novel.

The top five on my summer reading list are, in no particular order:

I read Kalteis’ historical crime fiction novel HOUSE of BLAZES –There’s hidden loot, ex-cons, crooked cops and transvestite prostitutes, oh my, set during the 1906 San Francisco Earthquake and the ensuing great fire that killed and ate everything in it’s path. His descriptive writing, tight dialogue, great and colorful characters told with an economy of words makes me want to catch up and read his next novel written in 2017 - ZERO AVENUE- a hardcore crime novel set in the early punk scene in Vancouver. Can’t wait.

I’m currently reading this one and it’s every bit the psychological thriller that I knew it would be. Carter wrote a book a few years ago – THE BOY IN THE WOODS – that was such a stand-out crime thriller that the story is still fresh in my mind and I doubt it will ever fade. MR. TENDER is good like that.

Back in March I read The Last Second Chance – a gut punch of flash fiction by Chen that left me mumbling about how damn good it was and how she gets it. I’m excited to read CLEANING UP FINN.

I don’t know what it’s about, haven’t read the synopsis or any of the reviews, but Tom Pitts wrote it. He wrote HUSTLE, and HUSTLE shook me and made me want two showers.

THE BITCH PIT by Chris Pimental

I read this 11 years ago when it was still a rough draft. It’s been picked up by Dark Silo Press and the storm is coming. Chris is crime fiction’s prodigal son and best kept secret, but this book will blow the lid off.

Cook (Eddy) has lived a life that rivals the characters that he writes about. As a young man he spent years traveling around North America covering 43 states and trips over the borders of Mexico and Canada. He traveled by box car, hitchhiking, and as a carny traveling with 8 different shows off and on over twelve seasons. He’s worked as a hot dog vendor and face painter in New Orleans and has been an Account Executive for print advertising, owned a private investigations company, and is a recently retired cabby and writing full time. Eddy lives in Ft. Collins, Colorado with his tribe. You can find his novels, including Further and Rusk: A Robineux Tale, at Amazon.com.

JAR OF HEARTS by Jennifer Hillier: This is clearly the Book of the Summer. Everyone is talking about it and I can’t wait to find out why.

GALE FORCE by Owen Laukkanen: What’s summer without boats? Admittedly, the salvage boats in this book aren’t the sea-faring vessels you usually think about during the summer.

THE UPPER HAND by Johnny Shaw: I will always read Shaw’s latest release. Full disclosure, I’ve already read this one and it does not disappoint. It comes out July 3, 2018, and you should pre-order it now.

GIRL WAITS WITH GUN by Amy Stewart: To be honest, I picked this up because it had a fantastic cover. Stewart’s book stars Constance Kopp, one of the nation’s first female sheriff’s deputies. Who doesn’t like female crime fighters?

CON ARTIST by Fred Van Lente: Someone is murdered a San Diego Comicon. This book has everything I love – murder, comic books, people dressed up as superheroes, and did I mention murder? 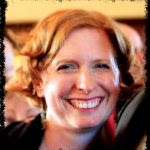 Kate Malmon is a reviewer for Crimespree Magazine and the Writer Types podcast. When she’s not reading, you can find her on her bike or walking her Boston Terrier, Franklin. She and partner in crime Dan Malmon recently edited an anthology called, KILLING MALMON with all the money going to MS research.

Richard Vialet's Summer Reading List
A BRIEF HISTORY OF SEVEN KILLINGS by Marlon James - This is actually a re-read for me but an advanced copy of this book was the first thing I read by Marlon James back in 2014 and I felt like I wasn't ready for it when it came out. Since then I've read his previous novels and loved them, with THE BOOK OF NIGHT WOMEN becoming my favorite book. So I'm excited to jump back into this challenging read again and see how I feel about it now.

OVERNIGHT by Philip Fracassi - I've been really enjoying Fracassi's work recently, with it's tight, evocative prose and his dedication to mood and character. But I'm especially excited about this new novella because he sets it in the modern film industry world, which I'm intimately familiar with!

THE MAN WHO CAME UPTOWN by George Pelecanos - It's a brand new Pelecanos book and it's being released late summer. Is any other reason needed for this to be on the list?

The last two books are by writers who I've been excited about getting more acquainted with:

SUNBURN by Laura Lippman - I've previously only read Lippman's story collection HARDLY KNEW HER, but I've been meaning to read more from this popular author and the reviews from this one promises a twisty noir, which is something that's always up my alley.

THE LINE THAT HELD US by David Joy - David Joy is almost universally praised and I've purchased every one of his book when they've been released, but I keep putting them off for other things (there are just too many books and not enough time!). I'm meaning to change that soon, especially because this one sounds particularly awesome

*If I can add a few honorable mentions, then I'm also excited about reading Jen Conley's CANNIBAL'S, Lou Berney's THE LONG AND FARAWAY GONE, and Angel Luis Colón's MEAT CITY ON FIRE this summer. Hopefully I can fit them all in! 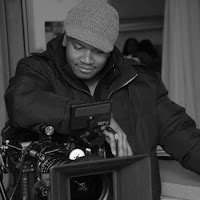 Richard is a cinematographer based in Los Angeles, CA and Atlanta, GA, with feature film credits such as ACRIMONY, LAVALANTULA, and the upcoming NOBODY'S FOOL. He loves reading and in his free time, he writes his humble opinions at his blog: Black Guys Do Read.

https://blackguysdoread.blogspot.com
Posted by Marietta Miles at 5:44 AM