A Whiter Shade of Pale 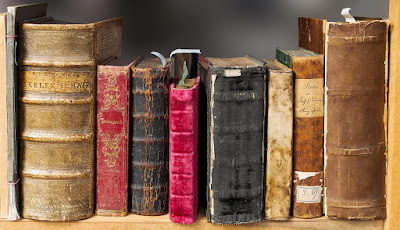 Last week The Guardian asked 25 crime fiction writers "crime novels should everyone read?" Nothing really wrong with the question. I get it, the newspaper needs to get hits on their website, maybe even fill in column inches if they actually printed the article. The problem lies in the responses – the predominately white male authors whose books were published last century. But before we get into it all, let's introduce the writers The Guardian decided to ask.

The newspaper split the respondents up quite evenly with 10 female and 10 male writers (there was one duo author represented). I didn't look at the sexuality of each writer as Wikipedia only has so much information. Of the 25 writers polled only three were people of color: Jacob Ross, Abir Mukherjee, and Dreda Say Mitchell. The rest, all 22, were white as Casper the Friendly Ghost. I know the crime fiction community has some issues, but since The Guardian was picking and choosing the crime writers, they should have done a better job at this simple task.

Now let's look at the results of the poll. Of the 24 authors chosen all were white. The only person of color was Martin Cruz Smith and he was chosen twice for Gorky Park. The average published year of all the books selected was 1957 making the average age of the books selected 61 years-old. There were four books chosen that were over 100 years old: Bleak House by Charles Dickens, The Moonstone by Wilkie Collins, The Hound of the Baskervilles by Arthur Conan Doyle, and Crime and Punishment by Fyodor Dostoevsky. And Art Taylor already told us about the problems with Bleak House.

If we removed the 100 plus year-old books from the numbers, the average publishing year would move to 1972 making the books 46 years old.

The youngish books were On Beulah Height by Reginald Hill, Mystic River by Dennis Lehane, A Quiet Flame by Philip Kerr, A Place of Execution by Val McDermid, Silence of the Grave byArnaldur Indriðason. Only one woman, but all definitely white. Again. If you removed these books from the list, the average publishing year would be 1945 making the books 70 plus years old.

We all know there are problems in the crime fiction community with diversity and I'm disappointed that the "top writers" in the field as they were called by The Guardian could not have done a more inclusive job in selecting books. Obviously, it is up to us to lead from behind.

If you have a moment, give me some important crime books to read that aren't by white men.

Email ThisBlogThis!Share to TwitterShare to FacebookShare to Pinterest
Labels: diversity in crime fiction

I'd start with LONG WAY DOWN by Jason Reynolds, which won the YA Edgar this year - in stiff competition with THE HATE U GIVE by Angie Thomas, another non-white author worthy of praise. I think history will show these two books as classic novels.

Overall, I will say that the Edgar Awards nailed diversity in both their nominations and their winners. I say this only to give hope that things ARE getting better.

I haven't looked at the Guardian piece yet (I've been a bit busy, LOL), but I can't believe no one mentioned Walter Mosley. That is disconcerting.

I can also recommend a few other diverse recent reads: All of Rachel Howzell Hall's LA-set books, Dodging and Burning by John Copenhaver (he's white, but an out, gay, author), of course Attica Locke's work (the latest of which won the Edgar - Bluebird, Bluebird), and Harlem Detective series by Chester Himes.