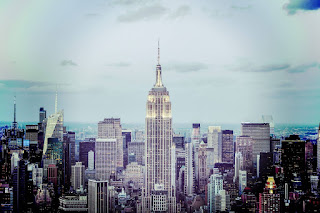 I’m headed to New York City on Tuesday for the Edgar Week festivities. The Edgar Awards are named after this guy:

And they honor the best in crime fiction every year. Along with a black tie awards banquet, there is a get-together at one of the nation’s best independent bookstores, The Mysterious Bookshop. There’s also a day-long symposium with panels and interviews featuring many of the authors who are nominated in different categories. I’ll be moderating the Best First Novel panel, and I can’t wait to ask each of the nominees about their spectacular protagonists. Tune in next week for more about that!
As for the Big Apple, I’ve only been once, when I was in high school. And the thing I longed to see? The New York Public Library. 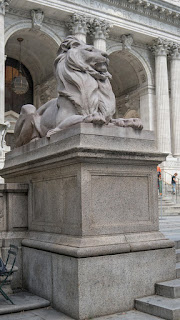 Are you shocked that I ended up a writer? Yeah, neither were my parents. We ran out of time and never made it to the library, so I’m hoping I’ll have a chance to get there while I’m in town. I’d also like to see The Met, Central Park, the 9/11 Memorial, the Empire State Building, a Yankees game. . . .
I won’t be there long enough to do more than one or two of those things. But those stone lions? They’re at the top of the list.
What’s your favorite place to see in New York City?
Posted by Claire Booth at 3:00 AM

The Chrysler Building, The Empire State Building, Central Park, NY Public Library, Statue of Liberty, and I love taking those hop on/hop off bus and more than that, I love taking the Circle Line cruise around the island.