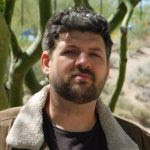 Heads up! Chris Dewildt has a new book hitting the racks on May 4th. Shotgun Honey is excited to present SUBURBAN DICK and having had the chance to read this suspenseful, eclectic private eye tale I can highly recommend. He's outdone himself. 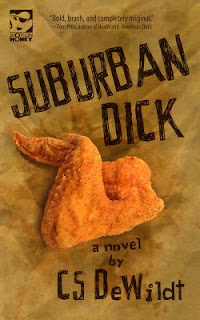 Private Eye Gus Harris isn’t paid to be nice. Problem is he isn’t paid for much of anything these days. Recently divorced, all Gus wants is a little business to keep his one-man operation afloat and a chance to be a part of his kids’ lives. So when a pair of distraught parents come calling for help locating their missing son, it appears Gus’s luck may be changing.
Gus investigates the boy’s disappearance and discovers something rotten with the Horton High school wrestling team. He soon realizes the missing boy may not be missing at all, but rather part of an elaborate embezzlement scheme that serves to keep the team at peak performance and the college scholarships rolling in. Gus is certain that popular high school wrestling coach Geoff Hanson knows more than he’s willing to admit, but has no idea just how far the man is willing to go to keep his secrets from coming to light.
As the lines between Gus’s work and home life are blurred and Gus finds himself not only trying to crack the case, but also protecting the people most dear to him from Hanson’s vengeful wrath.

Chris kindly agreed to answer a few questions about his newest offering and how he came to write SUBURBAN DICK.

DSD: I feel like I know Gus Harris. He's a decent guy. Trying to do the right thing. Most of the time. Not asking for a giant piece of the American pie. Just a bite. I wonder, who was your inspiration for the highly relatable Gus?

Chris: Me. Without taking this whole thing too seriously, Gus's drive, passion for his work , and self interest are not that far removed from publishing. It's about chasing passions at the expense of everything.

DSD: What is your favorite thing about Gus?

Chris: My favorite thing is how much he loves his kids. Least favorite is his selfishness. Selfishness with his time that is. He would choose his family again and again, but he's his own worst enemy. He'd fuck it up again and again.

DSD: You've created such a realistic setting and developed real-world problems. With the story centering around high school athletic programs, juicing, and the heavy hand of organized religion, where do you find your inspiration? 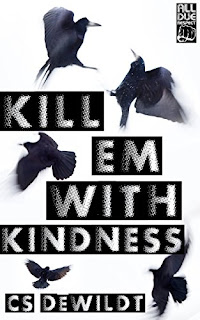 Chris: Gus's world, Horton, is a fictionalized version of my home town. KILL 'EM WITH KINDNESS was set there too, as well as my novella CANDY and CIGARETTES. It's a place I love, and I know it better than anywhere else. But the religion and the dark shit all stems from there. I knew guys who used steroids and I'd done a lot of research years back for a different unpublished project and always wanted to come back to it. So here we are.

DSD: Are you working on another Gus adventure?

Chris: I am. New case, new set of family problems. Maybe a relocation, but you know, he's still a dick.

DSD: Wouldn't have it any other way.


Please stop by Amazon and check out SUBURBAN DICK by Chris DeWildt.

Posted by Marietta Miles at 8:32 AM