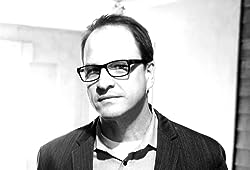 This past week Steve (S. W.) shared great news with fans and friends when he premiered the cover for the third installment to his tough as nails Greg Salem series.

Not familiar with the raucous crime series? Allow Will Viharo, Eric Beetner and myself to shine a little light.


First in the Greg Salem series...


BAD CITIZEN CORPORATION, S.W. Lauden’s debut novel, was published in 2015 and got a lot of people talking. Readers were enthralled by main character Greg Salem, a less than perfect punk rocker and police officer with habit of getting into trouble. Complicated with a wicked origin, Greg Salem is a story within the story. 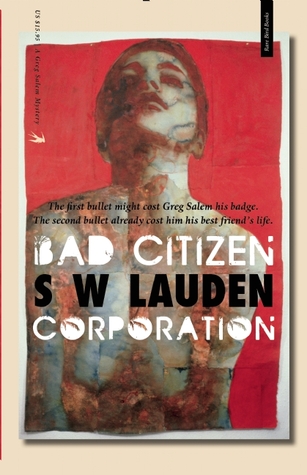 With his debut novel, S.W. Lauden charges out of the gate and ahead of the pack like a wild but determined champion horse pumped up on illegal steroids, racing straight from and right back to the dark depths of modern noir hell - which to crime fiction enthusiasts is better known as "heaven." His rep amongst the indie lit community and readers already well established via his celebrated short stories and popular author interview blog, Lauden makes good on his own promising talent in this deceptively sun-drenched, grittily sandy saga of a musician/cop staggering down the mean streets of L.A. in the torrid tradition of Chandler and Cain, but to a much more contemporary beat a la Elmore Leonard and Tarantino. From the beaches to the nightclubs to the strip malls to the seedy dives, Lauden deftly captures the dirty side of this sprawling, desperate city like a literary-musical hybrid of Bukowsi and Black Flag. Rock on.
-Will Viharo, author VIC VALENTINE: INTERNATIONAL MAN OF MISERY and LOVE STORIES ARE TOO VIOLENT FOR ME. Columnist at Bachelor Pad Magazine. Founder and owner at Thrillville Press and Creative Copywriter at Digital Media Ghost.

Second in the series ...

With the release of GRIZZLY SEASON  Lauden didn't just follow up the story of Salem, he changed directions and shifted setting, pulling readers into a brand new mystery and set the path for more danger. Needless to say Salem and his pal Marco find themselves right in the heart of trouble, complete with sex, drugs and rock-n-roll.

Lauden offers so much more than a standard PI read, he offers up a raw, gritty picture of the life of the PI, warts and all. Salem is no saint, but he is a man who has heart, seeks to do the right thing, and is looking to make the world a better place for those he loves. The fact that Lauden strips Salem down to the core and shows the reader his struggles to be a good friend, a good father, and most importantly a good father, while also allowing his insecurities and vulnerabilities to shine through is a huge strength to this book. Salem is a character worthy of a series and the ending to this great read will have you salivating for the next book in this series

The thing I love about Steve's books are that they make so many unexpected turns. Greg Salem is not a traditional cop or a traditional PI. If you're looking to breathe some new life into tired genres, so is Steve. I'm always teasing him for the classic novels he's never read, but it works for him. He's not out to pay homage, he's writing from the gut and it takes the stories to some wild places.
-Eric Beetner, author of THE DEVIL DOESN'T WANT ME, DIG TWO GRAVES, SPLIT DECISION  and A MOUTH FULL OF BLOOD, and co-author (with JB Kohl) of ONE TOO MANY BLOWS TO THE HEAD and BORROWED TROUBLE. C-host, Writer Types podcast. Editor, UNLOADED: CRIME WRITERS WRITING WITHOUT GUNS. Organizer and host Noir at the Bar series, L.A.

Do Some Damage: So you have a punk rock past? Sounds like you may have a few more dark stories bubbling.

S.W. Lauden: Punk rock was the eject button from the heavy metal legacy my older brothers handed me. I was never the most punk guy at the backyard keg party, but it definitely opened my eyes to a whole new world that I never knew existed. All that anger, energy and art damage felt pretty good in my teens. My tastes evolved from there, but music kind of became my identity for the next couple of decades—along with many of the experiences and cliches that suggests. I think that's why music often plays a role in the crime fiction I write, even if it's just a song playing on the jukebox in a dive bar scene. I'll labor over exactly what song it is, even if readers skim right by. It's this big, important part of my experience so I tend to view the world through that prism, for better or worse. And, yes—there are plenty more dark stories to tell about the lives of musicians, the bands they form and the terrible decisions they make in the name of rock and roll.

Do Some Damage: Is writing therapeutic for you?

Escape might be a better word to describe it...on the good days. Other times it's like repeatedly getting my ass kicked by a rabid bear that lives inside the dark caves of my over-caffeinated mind.

Do Some Damage: If given the choice, would you rather write the dark and sordid tales ala Greg Salem or the edgy, but comedic stories of Shayna and Ruzzo?

S.W. Lauden: Hm. I'd honestly rather write both, or whatever else pops into my head and sticks around long enough to grab my attention. I've been told by people in the know that the publishing universe doesn't always reward these stylistic fluctuations—which seems logical—but, at least in my case, I think it helped me to spread my wings a little. Writing and publishing a lot of short stories was also beneficial for my personal development.

That said, the Greg Salem books draw much more directly on my own experiences. The stories are definitely fiction, but they are set in worlds parallel to ones I might have stumbled through myself. So, to continue evading your question, I probably needed to write the Greg Salem books more than the Tommy and Shayna books

Remember to pre-order S.W. Lauden's latest book in the Greg Salem series HANG TIME. While you wait for the January release I suggest you grab a cold one and begin the Salem binge. Next, check out Shayna and Tommy.

pre-ordered me some HANG TIME. Looking forward to it.