Earl Javorsky guest blogs today, talking about addiction in fiction and how this relates to his two Charlie Miner private eye books.  The second in the series, Down to No Good, has just come out, and....

Addiction in Fiction
by Earl Javorsky

They say once a junkie, always a junkie, but this is ridiculous. I haven’t been dead more than a few hours and I already need a fix.

And so begins Charlie Miner’s second chance at life in my first book, Down Solo. A sad-sack, strung-out PI, Charlie took a bullet to the brain while riding a bicycle on a warm summer night, high and clueless as to the dangers of the case he had just taken on. Now he wakes up looking down on his body and it draws him in, awkward but still workable. His mission: to get a fix and then find out who killed him.

Having survived the relentless trajectory of addiction, I am perpetually fascinated with consciousness—enhanced, compromised, obliterated, or otherwise. And addiction—oh, my!  It’s a disease. No, it’s a behavioral disorder. No, it’s a crisis of loneliness. No, it’s a rational response to stress, depression, and despair. I love all this bickering: it’s how a culture evolves in the petri dish of ideas.

And so Charlie—hapless, strung out, and inexplicably reanimated—popped into my brain.  Addiction has its own logic, internally consistent but entirely foreign to the non-addict. When all normal motivations are subjugated to achieving and maintaining the required chemical state, priorities like showing up for work, having sex, or even showering or eating are shunted aside. This presents a problem when writing a novel, as motivation is key to characterization (and vice versa). The impetus behind a protagonist’s actions have to be plausible, or you’ll lose the reader, and drug-addict decision-making is inherently implausible. In order to make Charlie believable, I found it necessary to write in the first-person and the present tense, because only from inside his head and right now do his thought processes track as weirdly reasonable. 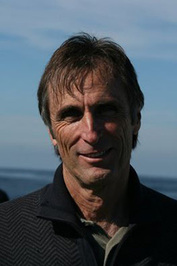 In my new Charlie Miner book, Down to No Good, Charlie teams up with a homicide detective whose drinking problem combined with Charlie’s opioid fixation makes the two of them a pair unlikely to get anything accomplished. And yet my goal (maybe I didn’t know it as I was writing) was to make them plod onward in their attempt to solve a string of murders and to succeed not only in spite of but because of their unhinged conditions.

This last is—besides the odd supernatural component—what I believe sets the Charlie Miner books apart from other drug novels. Most of the time, the drugs are simply detrimental: they are the cause of setbacks that are either insurmountable or require willpower and abstinence to overcome. There are no notable successes due to heroin use in Irvine Welsh’s Trainspotting or Hubert Selby’s Requiem for a Dream. Both Jerry Stahl’s memoir, Permanent Midnight, and James Frey’s embellished personal history, A Million Little Pieces, lead the reader to one desire for resolution: Get clean, get a real life! These are all fine works, but the characters are throughout impeded by their addictions; I wanted to show characters propelled by them. The point is to get the job done, solve the crimes, and if the tools at hand are self-destructive, that’s fine, as long as they keep you moving.

My favorite drug novel is David Benioff's The 25th Hour, in which the best of intentions are thwarted by intoxication. The inevitability of this is the addict's constant dilemma.  Charie Miner's consciousness is full of holes.  His quest will take him backward to the rediscovered memories and forward to new danger, furter loss, and, finally, possible redemption.  Down Solo and Down to No Good borrow from the supernatural genre only to the extent that, generally, people don't reanimate their bodies and continue with daily life.  Otherwise the novels are more or less straightforward mysteries (we said we would

My favorite drug novel is David Benioff’s The 25th Hour, in which the best of intentions are thwarted by intoxication. The inevitability of this is the addict’s constant dilemma.  Charlie Miner’s consciousness is further compromised by the fact that there’s a bullet in his brain and his memory is full of holes.    His quest will take him backward to rediscovered memories and forward to new danger, further loss, and, finally, possible redemption.  Down Solo and Down to No Good borrow from the supernatural genre only to the extent that, generally, people don’t reanimate their bodies and continue with daily life.  Otherwise, the novels are more or less straightforward (well, slightly convoluted) Chandleresque mysteries.


You can get Down to No Good right here.