Beau Johnson Wonders What The Hell Is Going On


Of all the activities you may engage in to promote your work, speaking about yourself or your story publicly, yes writing is often uncomfortably singular and intimate, may be the most difficult. It's an important requirement that you should try to make peace with, if only temporarily.


Podcasts. Blogs. Magazines. If lucky, you'll be asked to contribute to any number of these media avenues. Maybe you’ll be invited to a new writers group. For people to learn about your book you need to talk about your book, so get cozy with sharing.

If it helps, don’t think of it as self-promotion. Think of it as doing your part to support the publishers who’ve given you a chance. Continuing with that thought I would like you to meet a new writer practicing the timeless art of promotion.

Beau Johnson hails from Canada. His stories have haunted crime fans for several years, on the darker side of town. Such places might include Underground Voices, the Molotov Cocktail, and Shotgun Honey. His first published collection of down and dirty short stories will debut August 14 with Down and Out Books.

A Better Kind Of Hate

“Beau Johnson is a lawless writer. Several—but not all—of the stories in his collection, A Better Kind of Hate, feature his renegade cop alter ego Bishop Rider, a battered and bruised, world-weary hero forced to operate outside a corrupt system to find justice. And that's just what these stories have in common: justice, in all its muted, corrupt glory. Whether showcasing Rider or another flawed hero, Johnson operates in shades of gray, where sometimes all it takes is for a bad man to kill a worse one. A stark and sobering reality, and a stellar debut.” —Joe Clifford, author of the Jay Porter Thriller Series. 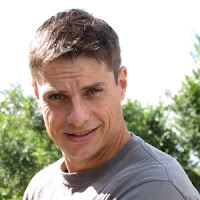 PLACE AND VOICE AND HOW’D I GET HERE


I have often thought about these things.  First starting out and hey, just last night.  Why last night?  Well I, me, Beau Johnson, have a book coming out if some of you didn’t know.  A collection of short stories.  It’s called A Better Kind Of Hate.


Kinda hard for you to not know this though, with me clogging up your feeds with blatant self-promotion and all.  Don’t worry, it’ll be over soon.  Promise.  Of things in regards to post-promotion and reviews I can neither confirm nor deny.


So, Voice.  Mine in particular.  More than once I’ve been told it doesn’t match with the person I am.  What?  But I have to admit, I did once consider this to be a bad thing.  Upon further review, I changed my mind, coming to regard it as me doing my job as a writer, i.e. creating characters who are not me but come from me.  Agreed?  Clear as mud?  Good, glad we got that out of the way.


Now for Place, or as I sometimes put it: the peanut butter to my jam.  Long story short: I have always liked to write.  From kid to teenager to punk who comes to realize he will never know it all.  You see where this is going?  Yup: Life.  As in it got in the way: friends, parties, work, a wife and kids.  You know, the norm.


Wasn’t until my youngest boy turned three that I found any real time to put towards what I hadn’t done in more than 15 years.  You know what I found?  I found I loved to write even more than I remembered.  Fast forward a year later and Bartleby Snopes agrees to publish a short story of mine called Darnell: Waiting on the Day.  Ecstatic I was, on the cloud named nine, but what came next was the hard part: my voice and place would not see eye to eye, not for all the times I continued to try.


I was told repeatedly they liked what I had written but it was not for them. Silly me, I believed this meant submit again.  And again.  Wrong.  So very wrong.  But I remained compelled, the voices inside my head louder than ever, failing to close what I envision to be toothless, gaping maws.


This caused me to branch out, looking for a different kind of peanut butter to go with my particular brand of jam.  As I believe it was meant to, this brought me to the world of crime fiction/noir fiction and here I have remained.


Not the most glamorous of origin stories, no, but it’s mine all the same.  And yes, I know what you’re thinking:  is there an insight or moral to this story, or does this guy just like to hear the sound of his own keyboard?


This brings me to Out of the Gutter Online, Joe Clifford, and Tom Pitts.  All three playing a part in putting me on this path to getting an honest to God book published---perhaps I’ve mentioned this book, that it will soon be coming out?  Eric Campbell at Down and Out Books being the brave soul responsible for taking me on?  Oh, I have.  Awesome.  You’ll do fine on the quiz.


Then in 2014 Out of the Gutter, in their infinite wisdom (re: submissions page), said they would no longer accept stories by anyone who doesn’t have a Facebook account.  Crap!  Me at the time being the Dude who always said he would never bow to the monster known as Facebook.  Ha!  Tool.  Moron.  Pick your word poison.


Anyway, I love it.  Facebook, I mean.  Would not be here now, writing this, if not for Facebook.  I would have never met the very gracious Marietta Miles, Eric Campbell, Ryan Sayles, Paul Brazil, Gary Duncan, Ron Phillips, nor any of these writer types who have welcomed me into the fold.


So, Place and Voice, two of the things which helped in getting me where I am today.  There are many, many more, of course.  Tons.  From people to thank to writers I love to read.  And don’t get me wrong, I know I’m still a novice at this, but if there’s one thing I can tell you for sure it’s this: I have a book coming out!  Perhaps you’ve heard?


See you when I see you,


Beau
Posted by Marietta Miles at 8:00 AM