Ten Bands and a Lie

You’ve seen it. The post that has been making the rounds. Ten concerts you’ve seen and make one a lie. I jumped on this FB trend like a Stars Wars fan jumps on a Missile Throwing Boba Fett action figure. Unopened.


For the most part I got caught up in the memories. I started thinking about the clubs and coliseums I’ve visited over the years. For the first time in a long time I thought about what I did before I was married. Before I had kids. It became fun for me to get all that stuff written down somewhere. Music was a big part of my life for a long time. 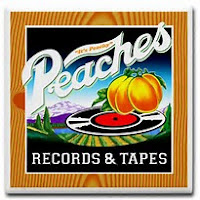 Way back when, I spent most of my record-store-earned paychecks on new music and shows. Def Leppard. Foreigner. Journey. Tom Petty. Such a little rocker. As I developed a strong love of all black clothing and eyeliner I moved on to Mega Death and Metallica. The Cult.
After the record store, I went to work at a pop radio station. While there I saw plenty of one hit wonders. Artists that came, went and faded but there were also memorable moments. I served tea to Fred Schneider from the B52s. Met Motley Crue, quite respectful and nice, oddly enough. Served as security for a Remembering the Eighties with Richard Marx concert. You have no idea how aggressive middle age women can become. I even met the mysterious and missing Richard Simmons. He ran behind me and called me Snow White the Virgin Queen during his appearance. I don’t know why.

Eventually I landed a job in the record industry. It was a life changing experience in many different ways. On the positive side, I saw artists I never dreamed I would see. Some I never would have paid to see on my own but I’m glad I got the chance. The Rolling Stones. Van Morrison. Elvis Costello. U2. Sting. Steve Miller Band. Bon Jovi. John Mellencamp. Some of those folks were really awesome and gracious. Some were just asses. Most put on great concerts.


Living in D.C. meant I had access to busy, nationally noted clubs. Plus, Philly and Baltimore were such quick trips. Afghan Wigs. Dinosaur Jr. Mudhoney. PJ Harvey. The Fall.


I had the chance to work with bands who were sort of up and coming. Blues Traveler. Soundgarden. Soul Asylum. Soup Dragons. Gin Blossoms. L.A. Guns. Extreme. PM Dawn. Dan Reed Network. Drivin’ and Cryin’. Jeff Buckley, for a tragically short time.


The enthusiasm of the newer musicians really kept me going most times. The farther along in their careers they traveled the less happy they seemed, though. I understood the waning joy.


I was getting tired of the insanely greedy and sexist record industry. It wasn’t what I thought it was going to be, at least it wasn’t at the end of my career. 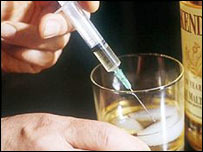 I’ve had band managers grab parts of my body instead of shaking my hand. One label dude had me take a mysterious package to a waiting limo in front of the midtown NYC office building. Turns out, I was delivering cocaine. A radio manager once exposed his terribly unattractive member to me in his office. I’ve had a boss slip my friend and I a roofie.
Eventually the business had to change to keep up with technology. Artists were tired of getting taken advantage of, when a local Radio Rep makes more money than the artist who wrote the song, there is a problem. When a woman, or man, wants to show up to work and do their job but gets groped, berated and demoted, there is a problem. The record industry was a dinosaur that needed to die.

What does this have to do with the FB question about live bands? I never would’ve remembered my own opinions had it not been for that trend. I don’t sit around thinking about this stuff. I’m usually thinking about my kids or whatever book I’m writing and wait a minute. This might make for a good story.  Gotta go.
Posted by Marietta Miles at 9:08 AM