Scott's Note: Dana King guest blogs this week. He has a new book out, Resurrection Mall, volume 3 in his Penns River series, and he's going to talk about how he incorporates social issues into his books.

First, I want to thank Scott Adlerberg for allowing me this opportunity. I look forward to Scott’s regular posts and will do my best to uphold his high standard.

Today he’s asked me to talk about how to work social commentary into a novel without sounding pedantic. I liked that topic right away because it implied to me Scott thought I was able to do it, so thanks again.

The Penns River books were the first things I wrote where I consciously thought of social commentary. It came to me in the context of “write what you know.” I grew up in and around three small Western Pennsylvania towns that were thriving mill communities at one time, with all the spinoff business opportunities that implies, including Mob-run nightlife that made one town Pittsburgh’s version of Cicero, with less violence. The mills supported half the families in town. The other half sold goods and services to the millworkers.

Then the steel and aluminum mills closed. Forever. The Seventies were devastating and things haven’t got much better. Small businesses pop up and disappear, locals shifting money back and forth to help each other go under slower. Pittsburgh recovered to become a major medical, education, and financial center. Little of that prosperity floated up the Allegheny River. 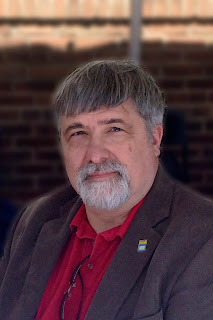 I turned fourteen in 1970. The mill closings and their ripple effects shaped many of my first thoughts of a world beyond my family and friends. True fact: it was me who told my father A&P was closing its Pittsburgh division, where he’d worked for over twenty years. I heard the story on the radio and called the store to get the straight scoop. It was news to the people working there.

I go back to visit my parents half a dozen times a year, so I stayed in touch with local events. My father served many years on the zoning board, so I got some inside baseball stuff from him. When I decided to invent a town, I knew that area and those people better than anywhere.

On one visit I drove past a small mall that closed ten years earlier and had been left to the forces of entropy. About this time Maryland was contemplating casino gambling as a supposed way to finance schools without further burdening taxpayers, as if schools aren’t worth paying taxes for. So there I was, driving by the abandoned mall with The Beloved Spouse, and a thought popped out: All this town needs is for some sharpie to put a casino there to solve all their problems. Right.

There were also news stories around this time to the effect that the Pennsylvania Gaming Commission wasn’t as fastidious as it might have been when vetting casino partners. I’d already placed a mob boss in Penns River, mostly as homage to the area’s past. He was pissed that the casino cut into his gambling income, and threatened when he learned a “reforming” Russian mobster and his psycho son had an interest. Boom! Grind Joint was born.

My new book, Resurrection Mall, takes this a step further. The casino established, a Pittsburgh televangelist named Christian Love sees an opportunity to capitalize on this “Gomorrah on the Allegheny” by moving his operation into another failed shopping center, this one in the old downtown area. The location, now called Resurrection Mall, will be “raised, not razed.” What Love doesn’t take into account is the one thing the casino owners did right: avoid the high-crime part of town where the drug gangs are gaining a foothold. 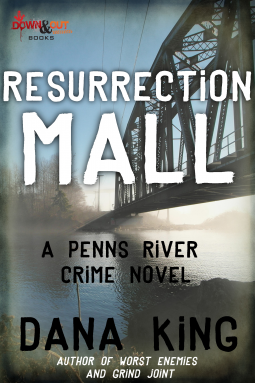 How does this answer Scott’s question about not being pedantic when exploring social issues? Don’t make too much of them. Don’t beat people over the head about how terrible all of this is. Not that it isn’t terrible. Sure, it is. I try to use the oldest, hoariest writing advice there is: don’t tell the reader what it’s like; show him. I never have to look for story ideas; they come to me. I never have to make up things to show how the people are affected. I’m tripping over those anecdotes, both from personal experience and by subscribing to the local paper online. If the societal woe I want to address is intrinsically involved with the story, I shouldn’t have to beat anyone over the head for them to “get” it.

A supporter once yelled to Harry Truman at a campaign stop to, “Give ‘em hell, Harry!” Truman replied, “I don’t have to. I just tell the truth and it sounds like hell.” That’s how to make social commentary not sound pedantic. I know when I make up my stories I don’t have to go out of my way to give anyone hell. I just have to make up a story that tells the truth.


You can pick up Resurrection Mall right here.
Posted by scott adlerberg at 3:00 AM

Very relevant to me because we just saw SWEAT while in NY. It takes places in PA in 2000 and details how the workers are losing their jobs and benefits due to steel mill closings. It is too didactic though. The author chose plot over character. It is getting great reviews and I certainly applaud the subject matter, which also looks at gender and race among the workers. But the characters are just mouthpieces. Too bad.