Rob Pierce, author of the novel UNCLE DUST, the novella VERN in the HEAT, and the short story collection THE THINGS I LOVE WILL KILL ME YET, delivers his latest novel WITH the RIGHT ENEMIES. He is one of the best crime writers on the scene. A personal favorite.

Like good bourbon, Rob Pierce’s stories are a complex blend of rich flavors. His dark humor emerges even in brutal, tense moments and many readers consider his dialogue to be the highlight of his literary crime tales. It pops on the page, sharp and clean, explaining what you need to know while complimenting the building atmosphere.


I nodded at her scotch glass. ‘You gonna go there?”’


His characters are multi-faceted, at times heart-breaking and soaked in the imperfect human condition and at times despicable. His collection of professional criminals with random pockets of kindness, so intrigued readers, Rob was repeatedly asked to write sequels and follow-ups.


Rob has a way with setting, as well. In UNCLE DUST, WITH the RIGHT ENEMIES and VERN in the HEAT, the reader is introduced to Oakland, California not just as a setting but as a fully fleshed-out character.


As S.W. Lauden, author of CROSSWISE and the upcoming CROSSED BONES, said, “Pierce once again does a fantastic job of painting a unique picture of Oakland through the eyes of career criminals.” 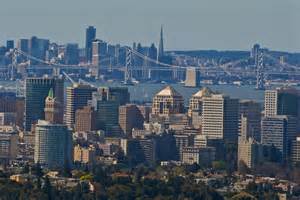 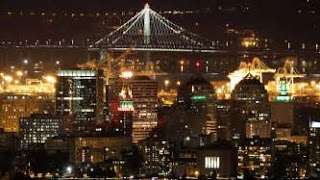 Recently, though nearly 3,000 miles apart, Rob and I had drinks, his bourbon, mine Nyquil (cough, cough) and “talked” about the sunny side of the bay.

(Interview conducted over email. Some answers have been edited.)


Your recent release, WITH THE RIGHT ENEMIES, is a follow up to your acclaimed debut novel, UNCLE DUST. Both stories, as well as your book VERN IN THE HEAT, are contemporary Crime-Noir tales taking place, mainly, in Oakland. Other than being your hometown, how does Oakland inspire your work?


Well, there's a lot of crime here. Saw a nearly successful drive-by in my driveway. So there's violence, and there are seedy aspects, and that stuff isn't always hard to find. It's also pretty easy to see the economic conditions that lead to a lot of crime, especially when you know a lot of these kids come from homes where the parents aren't educated. And in a lot of cases it's one parent, who may well have to work a ton as well as raise kids and try to keep it all together. Or they're not living with either parent.


I tend to write about criminals who are just guys doing their jobs as far as they're concerned, and I think it's important in telling these stories to give the reader some background.


Would these stories differ if we picked the characters up and dropped them in, say, Washington D.C.?


I don't know that there'd be a lot of change so long as we're dealing with another city with similar problems. If you tried to put these characters in Kansas, that's a whole other thing. But anywhere with chunks of urban decay, economic and educational problems, and a large illegal drug market? A lot of big cities have those issues - gangs, prostitution, gambling (the traditional gang favorites). But I don't know the details of those other cities.


Your characters do a fair amount of "business management" in local bars and diners. What are your favorite establishments in Oakland?


I drink near work, which is in Berkeley. If I'm close to home I tend to drink at home. Although there is a place in Oakland that sells a burger that's half beef, half bacon, and they have a good beer selection and a full bar. It's called The Telegraph. They also host readings.


Is it easy for you to find inspiration?


Hell, I sometimes take a longer route to work because I get story ideas driving through downtown Oakland.


In THE THINGS I LOVE WILL KILL Me YET, your collection of short stories released this past summer, you explore various settings. Most interestingly, Thanksgiving, 1963. The setting for this story is key. Tell us about why this tale had to take place in Texas.


That's my favorite of my short stories. Pulp Modern had a JFK assassination issue. I rarely write for concept issues, but that's a subject I'm interested in. And I've read a decent amount about it, theories, and the James Ellroy books in particular, and although I haven't read him on it, DeLillo's covered that turf too, so I knew all those angles were already taken. So, I was thinking about it, and I wondered what it would be like to be a Texan during the JFK assassination. Specifically, to be in Dallas. Then I upped the ante by making my protagonist a gun dealer. I mean, this was a Dallas assassination that put a Texan in the presidency. I tried to put myself in the shoes of that particular Texan under those circumstances.


What are your publishing plans for the rest of 2017 and beyond?


I don't know what else might get published this year. I'm currently working on a novel about a struggling career criminal whose marriage is in even worse shape than his career. The working title is Tommy Shakes, and I'll finish a draft probably in the next couple months. When I'm done with the novel I'll probably work on some shorter pieces until I get my book length energy back.


Of more interest to people who've read my earlier books, I have a general idea for a novel about what happens next after WITH the RIGHT ENEMIES. That book will also incorporate elements of VERN in the HEAT and is tentatively titled KEENE FOR BLOOD. I'm not that interested in writing a series that focuses on one character throughout, but I have several characters I'd like to go back to and develop further. Other characters may be peripheral throughout. As long as they're alive, they could show up in the next book.


Mr. Pierce is also editor of Swill Magazine, an editorial consultant with All Due Respect Books, and co-editor at Flash Fiction Offensive, Rob has been nominated for a Derringer Award for short crime fiction. He lives and will probably die in Oakland, California.


Check out all of Rob’s great work.

Posted by Marietta Miles at 8:14 AM