With Steve Weddle’s Anthony Ballot post on Thursday, we are reminded that Bouchercon is just around the corner. I had the opportunity to attend the Raleigh event in 2015.

Ran into Michael Pool who asked me to read for Authors on the Air which led me to Pam Stack. Perfect. I drank whiskey with Les Edgerton. Met Christy and Eric Campbell, who are Mama and Papa to my new book. Friendships were made, looking at you Turlock-Isler. Bouchercon was a success.

Sadly, I missed Bouchercon, NOLA. New Orleans, without a doubt, one of the greatest cities on earth. She sparkles and dances on the water’s edge. Blast it all. Canada doesn’t look doable, either. Montreal, you seem so fine and refined. Blasted. 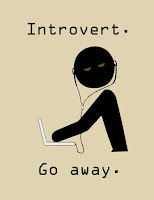 What to do? I think I’m supposed to get out and rub elbows with people. Right?


In a recent "conversation" Steve Weddle mentioned The Virginia Festival of the Book. That sounds mighty fancy and I’m no Fancy Nancy. I imagine a scene from Invasion of the Body Snatchers. Regular festival attendees will point at me, lowing like sheep while their glassy eyes roll back in their heads. Sweet Donald Sutherland I hope not because I really want to go.

Authors Margot Lee Shetterly, Hidden Figures: The American Dream and the Untold Story of the Black Women Mathematicians Who Helped Win the Space Race, and Dava Sobel, The Glass Universe: How the Ladies of the Harvard Observatory Took the Measure of the Stars, discuss their new books and their roles as female historians as well as the impact their work has in print and film. Inspiring. This is a definite yes.

Bryan Cranston (A Life in Parts) is special guest for the UVa President’s Speaker Series for the Arts which coincides with The Virginia Festival of the Book. He’ll be in conversation with UVa alumnus and producer Mark Johnson. Cranston is a riot in front of an audience.


Is this like other Cons? Will there be a costume contest? Yellow hazmat suits? No? Well, okay. Still sounds awesome. 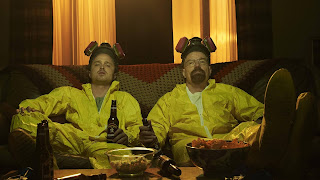 
·         Novelist Christina Baker Kline, author of "Orphan Train" and the forthcoming "A Piece of the World" (February 2017), will speak at the Festival Luncheon on Thursday, March 23;


·         Newbery Medalist Kwame Alexander, author of "The Crossover", and Caldecott winner Ekua Holmes, illustrator of "Voice of Freedom", will give presentations to local students in addition to a public program about their forthcoming collaboration, "Out of Wonder: Poems Celebrating Poets" (March 2017).

The Festival takes place in over fifty venues throughout Charlottesville. The vast majority of programs don’t require a ticket. Check the website, http://vabook.org/, for a complete list of events and more information.

If the programs aren’t enough to call you to Virginia, consider this, in 2016 the New York Post voted Charlottesville one of the fifteen best places to live in the United States. Travelocity ranked Jefferson’s home hood a  2016 small-town best eats in this foodie friendly country. Charlottesville is worth the visit.

On that note, how many of my local friends will be attending Virginia Festival of the Book? What’s your favorite local writer and reader event?

Perfect. Panels and pals. Is it fun or stressful for you?

At this point, stressful! ....since I still need to prep my plans for the panel. :-) But I went last year and had a great time all around. It'll be fun!

Sounds great. See you there!

I think it's always good to check things out. You might surprise yourself!