By Claire Booth
Yes, it’s that day again. You’re breaking out the nacho cheese and chilling the beer and wondering if the avocados are finally ripe enough to make guacamole.
You’re getting ready to watch the Super Bowl. 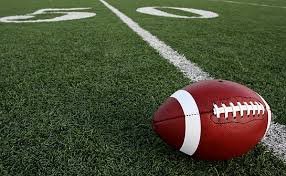 If you’re lucky, you’re gearing up to watch a team that you actually root for on a regular basis. (Falcons and Patriots fans, I’m talking to you.) But if you’re like me, and the majority of Americans, your team didn’t make it this far (I’m a 49ers fan, and I DON’T want to talk about it). Or you don’t have a team, and you don’t really care about football.
So what makes people like us watch anyway?
It’s all about the story.
Will Tom Brady earn his fifth Super Bowl ring? Will the scrappy Atlanta Falcons bring down the New England dynasty? What will Lady Gaga wear during the halftime show?
People tune in because they want to know how it ends and what happens along the way. Because it’s a story.
Storytelling is everywhere. As writers, we do it every day and we’re trained to look for it everywhere. But it really is everywhere. Human beings are hard-wired to find the story, because we need to. Stories help make sense of the world around us, and usually come with the bonus of being entertaining or suspenseful or cathartic.
Sports can be all of those things. So even if you’re not a football fan, sit back and enjoy the Super Bowl story this afternoon. After all, you've already made the nachos.
Posted by Claire Booth at 3:00 AM