This Time, It's Serious 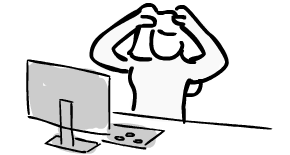 I swore to myself I wasn't gonna talk about politics in my first DSD post after the election. And for the most part, I'm not. But there is something I'd like to address:

Social media, especially Facebook, has become a trigger for me and I need to abstain.

I'm not the only one who's had to make this choice. Social media is a cess pool right now. Actually, that's probably too generous a description. Social media is a festering wound and collectively, we are the pus. Why post an original thought when I can just post this divisive and factually-dubious meme instead? Why provide my own, well-considered commentary about a sensitive subject when posting a link to this click-bait will serve my purpose just as well?

And those who do take the time to write thoughtful posts about controversial subjects are often not met by more of the same--even if opinions differ--they're bombarded by trolls and bullies whose only agenda is to spew hate.

I'm really not interested in participating anymore, on any level. At least for the time being.

Now, it's no big news that Holly West will be off social media for awhile. It's certainly not the first time I've complained about it on this blog. But this time, it feels different. More imperative, almost a duty. My role in trying to clean up this mess is to simply back away, at least as far as social media is concerned. Leave the fight to people with stronger stomaches.

I do have a close circle of writer friends and friends who do not live near me and I've used FB to keep in touch with them and keep up with their lives. I use it to share my life with them. I'm fairly certain my break will not impact those relationships too badly but I do miss it.

The larger question, is how can I use social media to promote my work while at the same time lamenting its contribution to the downfall of meaningful conversation and accurate reporting? Because at this point, it's as much a vehicle for sharing non-political news, event information and invitations, light-hearted inspiration and interesting tidbits as it is a venue for barf-inducing content. Sure, the balance is tipped toward the vomit right now, but there are good people sharing good stuff, too. And that will remain true because my circle of friends is wide and wise and for the most part, wonderful.

Look. I'm certainly not the arbiter of what's appropriate to share in one's own social media feeds. That is for each of us to decide. I only know that I'm tired. Oh, so tired. On the positive side, I plan to use my own blog to post updates and news and stuff, things that I might've posted on FB. Because in the end, it's better for me if I retain ownership of my content rather than giving most of it to social media. Instagram is still a fairly positive place. You can definitely find me there.

And of course, Do Some Damage. I'm not leaving this blog any time soon.

Finally, I'm not kidding myself. I know I'll be back on Facebook eventually, maybe sooner rather than later. Fuck it. Maybe tomorrow. I do tend to be flighty and given to impulse decisions. And who cares, really? It's only Facebook. Except I kind of think we should care, because it and social media as a whole has changed the way we communicate with each other. And not always for the better.

I just had an idea. If you're an author who puts out a newsletter, please put the link in the comments so I can sign up. In the interest of creating and owning our content, I think we can support each other. Of course, that means I'd better start putting out a newsletter (not just as a promotional tool).

I've also bookmarked a selection of blogs and websites I plan to visit regularly. If you have a blog you update fairly often, post it in the comments and I'll add it to my list.

Hi, Holly -- This resonates with some of my own thoughts--and with some things I tried to explore and explain with my own post over at SleuthSayers last week. Hang in there! And I'm glad to share my own newsletter link (another in early December) and would gladly sign up for yours.

See you soon--here or there or somewhere.
Art

Art--I signed up for your newsletter. The link for mine is on hollywest.com. No obligation, of course. I haven't sent one out in at least year, but I've been thinking about how I can update my approach to newsletters by providing content beyond just my books and what I'm doing. There are a lot of great newsletters out there to lead the way.

I've also added sleuthsayers to my list of blogs to visit. You accepted, I think a lot of us have gotten away from reading and commenting on blogs, using Facebook instead for conversations. That makes sense because FB is such a convenient place to do it, but going back to what I said above about having more control and ownership of our own content is important. I'd lost my balance and this break is my way of getting it back.

Just signed up, Holly--looking forward to it!

And yep: I think it's much more common to have people commenting on FB about a blog post than on the blog post itself, both for convenience and because of the wider community and then you don't have to sign up, sign in, etc. I do most of my chatting there myself, sharing, commenting, but always like to leave a remark on the blog itself sometimes just to say I read, appreciated and was actually here when I did it--and yes, to maybe shift away from the FB-centeredness of everything too...

Well, you know my thoughts on Facebook. I love the social part of social media and don't worry at all about using it professionally. That mostly happens accidentally. But I am ruthless about who I friend and I use the unfollow button mercilessly. I have so many family members I have a one-way relationship with on Facebook because they want to see pics of my kids and what I'm up to and comment on it, but I have no interest in seeing their hateful or just silly crap. On twitter I also only follow people I really love and never got into the whole follow back BS. That helps alleviate a lot of the overwhelming aspects.

I'm not ready to go back to FB quite yet (ha ha it's been less than a week since I quit it) but when I do, there will be a massive clean up and change in the way I use it.

I need to take a lesson from you, BQ. NO MERCY.

I agree, this is a tough time to be on social media. I’ve cut down. I haven't unfriended anyone but have unfollowed a few.