It's October, the month to indulge in horror fiction, so I figured I'd take a little breather from crime fiction related conversation. I love the horror genre also, and I thought it might be fun to list some horror books that are favorites of mine but that I don't see mentioned all that often.  Each one of these books, for my money, combines fright with elegance in a way I find very appealing.

Finishing Touches by Thomas Tessier (1986)
A young American doctor in London in the 1980’s meets a strange plastic surgeon and his beautiful assistant and the American gets drawn into an increasingly bizarre and sensual world where sex and medical horror mingle and all morals and inhibitions fall away. This is a superb non-supernatural horror novel that charts how quickly the barriers between the tolerable and the once intolerable can dissolve.  Tessier has a smooth, readable style, and he never overwrites or overstates things as events become more and more horrifying.  I found it to be a brisk read that once started is extremely difficult to put down. 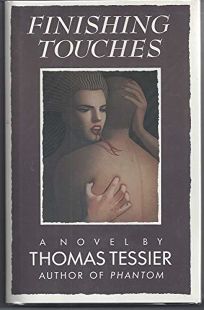 The Cormorant by Stephen Gregory (1986)
This one is creepy and gorgeously written. It’s set in Wales and is about a man, a teacher, who moves with his wife and young son to a rural cottage he has inherited from his uncle.  To take the cottage, though, he has to accept with his inheritance his dead uncle’s pet cormorant.  He does, thinking the inheritance request strange but not much more than that, and afterwards, slowly and insidiously, the cormorant casts a malignant influence over the entire family.  It’s an unnerving psychological horror story that has a feeling of looming disaster throughout. I read The Cormorant years ago and it has stuck with me like few books do.

Master of the Day of Judgment by Leo Perutz (1921)
Perutz was an Austrian novelist, born in Prague, who was a master of the fantastic.  Master of the Day of Judgment is a great weird tale about a rash of mysterious suicides in Vienna.  None of the people who committed suicide had any apparent reason to do so, but they all die with horror etched on their faces. Why?  It’s a scary, weird masterpiece, and the answer to the riddle is as good as the riddle itself. 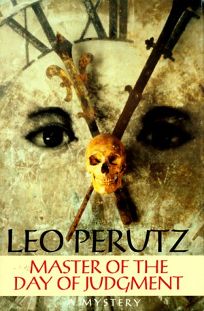 Throat Sprockets by Tim Lucas (1994)
Tim Lucas is a prolific and insightful film writer and the creator of the magazine Video Watchdog.  He does a lot of DVD/Blu Ray commentary tracks as well, and he's basically a walking encyclopedia of film.  In line with that, this is a book about obsession with cinema and its images.  A guy comes across a disturbing X-rated film called Throat Sprockets and his obsession with the film and finding the “complete” version of the film, which seems to exist in many variants, takes over his life.  You could say it's a sort of ultimate book about the power of film to hook and seduce a person.  It’s told from the point of view of the guy obsessed and unwinds in an unpredictable and suspenseful way. 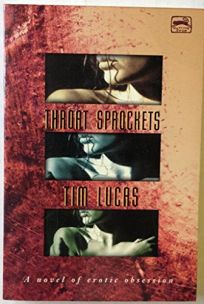 The Ghost Stories of Edith Wharton

Along with Henry James, M.R. James and a few others, Edith Wharton was one of the great practictioners of the classic ghost story. This collection has 11 dense but compelling tales about all manner of sinister settings, haunted people, and ghostly visitors.  Wharton is a master at evoking creepiness through atmosphere and suggestion, and like her friend Henry James, she is remarkably good at evoking psychological ambiguity. But she's just a bit more direct than James, and The Turn of the Screw aside, I think her ghost stories are more compelling than his.  My favorite stories from this collection are "Bewitched" and "The Triumph of Night" - both of which take place in stark, East Coast snowy environments - and "Afterward", among the all time best ghost stories, a tale that has a slow and circuituous build to a chilling finale.

The White Hands and Other Weird Tales by Mark Samuels (2003) The Ballad of Black Tom by Victor Lavalle (2016)

This book is recent, and there is nothing overlooked about it.  But I just wanted to mention it because I like it so much.  Victor Lavalle, who's from Queens, New York, sets this novella about sorcery and monsters in Jazz Age New York City, and it works as a brilliant subversion of H.P. Lovecraft's fiction, specifically "The Horror at Red Hook".  The racism prevalent in Lovecraft, especially early Lovecraft, is inverted in LaValle's tale about Charles Thomas Tester, a black musician and sorceror who uses his power to summon Lovecraft's Old Ones in Red Hook for his own righteous reasons. Lavalle, in effect, channels Lovecraft in a way and for a purpose that would have made the man from Providence roll in his grave.  Yet what makes this incisive examination of the Lovecraft universe work so well is the author's clear admiration and liking for Lovecraft's work, racial hang-ups and all.  The Ballad of Black Tom functions as both a critique of Lovecraft and a respectful acknowledgment of his influence, and that Lavalle can accomplish these two things at the same time is impressive. One of my favorites reads this year.