We Have Names, Too


By Claire Booth
This week, the Washington Post made a spectacular – and completely avoidable – contribution to the recent spate of sexist headlines that pretend accomplished women don’t have names. 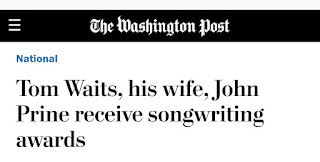 Because the most important thing about her is that she’s Tom Waits’ wife, right? Um, no. She has a name – KATHLEEN BRENNAN. The AP reporter who wrote the story grudgingly mentions this at the end of the lede paragraph.

There is no mention in the story of Brennan’s own long list of songwriting achievements. And the fact that she’s the first female recipient of this award? That “unimportant” nugget of information was relegated to the tenth paragraph in a sixteen-paragraph story.

Now, let’s parse the blame here. The Washington Post chose to put the story on its web site and wrote the headline. The AP sent the story out without moving the first-female fact higher in the text or including a single complete quote from her speech.
How is this possible? Not just because it’s 2016, for goodness’ sake. But don’t you think people would be more aware after things like the horrible Olympics coverage brought this kind of crap into gold/silver/bronze relief? 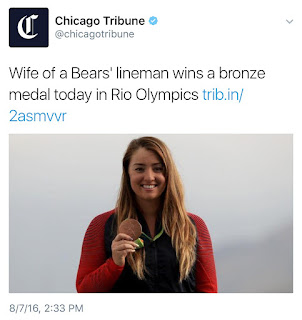 Or how about when an NBC commentator credited an amazing gold-medal winning swim by Hungarian Katinka Hosszu to her husband? Or when Katie Ledecky’s world-record obliterating swim was demoted to a subhead? (And don’t start with me about Phelps’ achievement. Yes, amazing, but the hed could easily have said “Phelps, Ledecky swim milestone races” or something similar.) 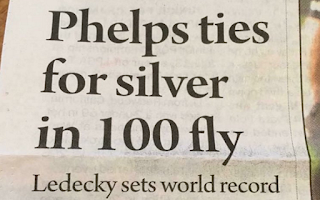 This hurts especially much for me. I am a journalist as well as a novelist. I worked as a newspaper reporter for years. I know firsthand that sometimes, mistakes happen despite the best efforts of everyone involved. But this kind of thing? This is not a best effort. This is not trying. This is lazy, and this is sexist. The defense of “well, it wasn’t meant to be,” is not a defense. It is an excuse, and it is about time that the excuses run out. Because we have names, too.