By Claire Booth
Scott D. Parker’s post yesterday about the movie Ratatouille got me thinking about the long record of quality films produced by Pixar. The animation studio has been making phenomenal movies for more than twenty years. It’s a track record unrivaled by any other major studio (which each manage to put out at least one bomb a year). So how do the geniuses at Pixar do it? I think their success comes down to one thing:
Time. 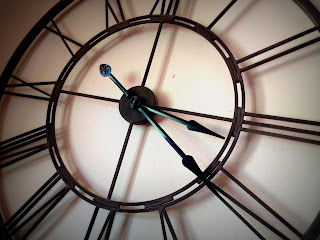 They take a lot of it. Toy Story took more than four years to bring to the screen. And that was fast. Monsters, Inc. took almost six years, and Finding Nemo took almost seven. The complicated (and absolutely perfect) story of the inner emotions of a 12-year-old girl took about seven years to develop, write and animate to become the movie Inside Out.
In all of these instances, and their thirteen other movies, Pixar didn’t let their work out into the world until they thought it was ready. It’s a good policy that I think applies just as equally to writing. Taking your time is never a bad thing.
How a writer does that can take many different forms. There’s no one correct way, but I do believe that when you reach the end of your manuscript, you need to have taken time somewhere along the way. You can outline carefully before you ever start a draft. You can write the entire manuscript slowly and carefully without an outline (that’s me). Or you can write like you’re Usain Bolt in the 100-meter dash and then let it sit for a while before coming back to it for a final read-through and edit.
Any of these ways will make for a better story in the end. The proof is in the Pixar.
Posted by Claire Booth at 3:00 AM