Deception is the name of the game in John Shepphird's California-centered Shill Trilogy, a series made up of The Shill, Kill the Shill, and Beware the Shill. Shepphird's writes terse, no-nonsense prose, and knows how to spin a fast, entertaining tale.

I talked to him a little bit about the three books, so, why delay, let's get to it:

Scott Adlerberg: BEWARE THE SHILL, the concluding volume in your trilogy of novellas, just came out.  Each book revolves around a Los Angeles based actress - Jane Innes - who has had her share of career struggles in Hollywood. Still, she is a skillful actress, so she's an intriguing person to follow through the trilogy's various capers and games of deception. I found her a nice change from the typical central character in this kind of crime fiction. What was the inspiration behind her character?
John Shepphird: I live in Los Angeles and have directed a number of TV movies and straight-to-video titles. Jane is inspired by actresses I’ve known, some of which I've dated, driven by blind ambition. I'm drawn to crime fiction that embraces flawed but sympathetic protagonists. Jane's lonely and battling depression. She's obsessed with beauty magazines and aspires to the unattainable. She can't admit to herself that finding success in show business is not going to happen. Her life changes when she falls for Cooper, a con man. Her blind ambition makes her justify that impersonating a carefree heiress in his scheme is simply playing a “role” as opposed to actually being an accomplice. That fateful decision is what puts everything in motion.
And Jane comes from the other side of the tracks so pulling off a convincing heiress is a challenge. Cooper must school her. This echoes themes from Pygmalion or My Fair Lady. It’s all about deception. Through the series, as things escalate, Jane impersonates other characters and relies on her skills as a magician. Ultimately Jane must pull off the performance of her life to survive.

Deception is a subject and activity that clearly fascinates you.  I know you've written a couple of short stories about a Private Eye named Jack O'Shea who is a "Deception Specialist."  Where did your interest in the types of deception and the personalities of people involved in deception come from? And is there any crime fiction that you've drawn upon as an inspiration that really digs into this territory?
As a kid I studied magic and thought I'd pursue it as a career.  Maybe I should have.  Doesn't David Copperfield own an island or something? Instead I chose film and television, but there's magic in that. The art of deception has always fascinated me and I love a good twist.  The mustard seed was planted when I was gifted a magic set at nine years old. Then over the years I read and collected various books about cons and con men. There is less fiction that has inspired me but movies certainly have, including Vertigo, Blood Simple, The Usual Suspects, and of course The Sting -- all classics, all crime stories.  Alfred Hitchcock Mystery Magazine publishes my Jack O'Shea series of short stories. He's a reformed con man trying to redeem himself. Dented armor, and another flawed protagonist. 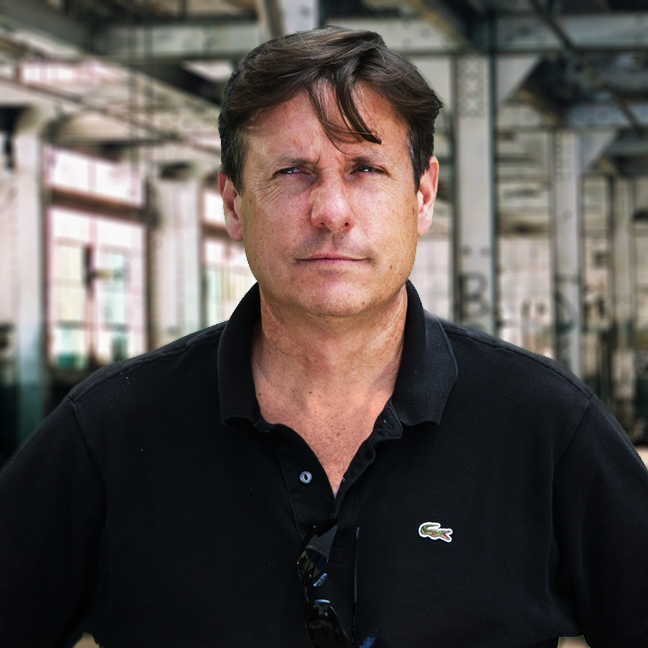 For the trilogy as a whole, as an overall piece of crime fiction, did you have any particular literary inspirations? Who are the crime writers, or non-crime writers for that matter, you feel have made the biggest impact on you?

I’m big a fan of vintage noir fiction and nobody has inspired me more than James M. Cain. Partly for his brilliance in economy but mostly I’m drawn to Cain's fractured love stories.  Those relationships resonate with me; Cora and Frank in The Postman Always Rings Twice, Phyllis and Walter in Double Indemnity, or Joan and Earl in Hard Case Crime’s recently discovered and never before published until now The Cocktail Waitress.

James M. Cain gives credit to screenwriter Vincent Lawrence who introduced him to the notion of a “love rack” -- the moment love is “recognized” by a character as a “moment of poetry”. And being true noir, Cain assures that one of the lovers has to be the losing lover. With the Shill series I attempted to weave a suspenseful page-turner with a dysfunctional love story at the core. Jim Thompson and Charles Bukowski also inspire with their odd love stories. Contemporary writers I read that inspire me are Steve Hamilton, Wallace Stroby, Jason Starr and Megan Abbott.

Though the trilogy is contemporary, you have an interesting historical reference that figures in the plot. Want to talk about what this reference is and how you came to include it?

One of the movies I co-wrote and directed (Chupacabra Terror for SyFy Channel) was shot in the Turks & Caicos.Those small Caribbean islands served as a hideout for pirates and that fact really sparked my imagination. I researched the era and was fascinated by the notorious (and treacherous) female pirate Anne Bonny. Although there's nothing supernatural in these books, Anne haunts the series.
Living in California, the history of the Gold Rush has always fascinated me. There was so much money made in so little time!  While doing research for Beware the Shill I was inspired by the sea tragedy of the steamship Yankee Blade. Greed, cowardice, missing gold -- the stuff is too rich not to write about, and to mirror.

I feel we're all connected to the past. History often repeats itself and that's why I try to weave a little bit of the historical into my stuff. Plus it's just plain fun. 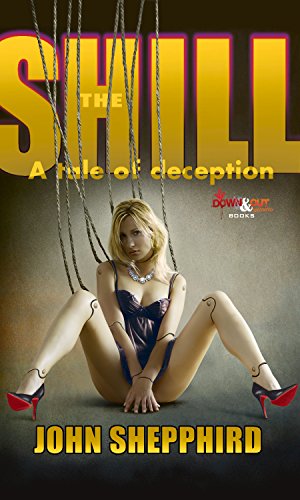 You mentioned that you directed a number of TV movies and straight to video titles?  Anything about storytelling through visual means that has helped in how you tell stories on the page?
It's all about economy, both on the screen and on the page. When I first started directing I spent too much time and effort on the technical--dolly moves, crane shots.  But experience taught me that a director's job is to simply put the camera exactly where it needs to be. Work with the actors to make it true, then capture those moments, period.  I started my career enamored by wide shots and camera gymnastics. Now I realize it's all about the close up. Where's the emotion? Where does the audience need to be?

I know you have a full time job and family. Everyone has their own way of getting in the writing time they need. How do you work writing in to your routine? Do you write every day?  And are you kind of person who zips through a first draft fast just to get something down, before going back and revising, or do you outline a lot beforehand?

I'm a morning person so I'm up early before the crack of dawn and try to get at least an hour in a day. My routine is I'll write a chapter then go back and revise it once, and then proceed. Then when it's complete I'll go back to the beginning and begin revising it all over again until I feel it's ready.  I don't outline but I have written the last chapter, or my final culmination, first.  That gives me something to to write toward.  It's often revised once I get there, but it provides me a milestone to aim for.

The Shill was originally published as an ebook by a publisher you had problems with. After you did some searching, Eric Campbell at Down and Out took it on, and the two books that followed. How's it been working with him and how would you describe the small press experience overall?

The experience has been very positive. I’m grateful to be with Down & Out Books and honored to be included among their stable of authors. They’re progressive and have established a unique brand. They’ve been in business for over five years and in 2015 Down & Out's Moonlight Weeps by Vincent Zandri won both the Shamus Award  and the ITW Thriller Award.
Writing wise, what do you have on the horizon?

I'm finishing a novel titled Bottom Feeders -- Hollywood slang for filmmakers working primarily on low budget schlock.  It's a murder/mystery/ thriller that takes place on the set of a low budget TV movie, something I know a lot about.

You can get The Shill here.

You can get Beware the Shill here.

Well done, both of you, This is one of those rare interviews that makes me want to read the book. Thank you.

Congrats on rounding out the trilogy! Loved the interview here--always fascinated by your work--and was struck by the concept of the "love rack," which I'd not heard of before, but which is really great. (Just Googled, in fact, and saw the Paris Review interview with Cain where he talked about it. Now I need to read that interview too!)

Hope to see you at Bouchercon!

It's both the Paris Review and John McAleer's "Packed and Loaded: Conversations with James M. Cain" that touch on the concept of the love rack. John McAleer was Rex Stout's biographer.

See you at B-con
John

Damn insightful interview, both you fine fellas I'm honoured to know where the usual suspects are gathered.

Like Art, I wish to chase down the stories behind the stories. Dug the hidden metaphor of your working vibe -- closeups -- getting directly to where the emotion is.

Emotion in high flair is what you deliver, with the whisp of a magician's flare, John. You are pulled in while thinking you were just standing there, all along. (Pacino would be proud, circa GF3)

The thrill of THE SHILL is presented swell here, Mr Adlerberg and the masterful author is gleaned all the more. What Dana said -- folks shall wish to read, read, read this 'thrillogy'


Intrigued next about BOTTOM FEEDERS.
Lookin' fortunate and forward to seeing all you gents down Bouchercon way,