As writers, particularly crime writers, we get caught in some weird thought experiments. That's how I know I'd rather murder someone with a knife than a gun, and exactly how I'd personally dispose of a body (no, I'm not telling). One thing crime and horror seem to have in common is that creating new and interesting ways to murder people is a big concern. You don't want to go so over the top that it takes away from the story, but how many times can you read "BANG! BANG!" before you're bored? And though I favor the knife idea, knives get plenty of play in crime fiction, too.

The new anthology Unloaded: Crime Writers Writing Without Guns is due out in April, and it's got me thinking - if I were going to go whole hog, and leave behind the conventional weapons I rely on in my fiction, how exactly would I kill motherfuckers?

I present a short (and not wholly serious) list of options:

This has probably been done, but if we can use guns and knives all the time, surely there is room for more stories where a character finds himself stuck in a small space with no one to keep him company but a hungry boa. When it begins to wrap around him, he fights back, of course, but as the air is slowly squeezed from his lungs, arms pinned to his sides, he begs for the sweet release of death. He prays he won't simply fall into unconsciousness and awake with the bottom half of his body bulging out of the snake's guts. If the boa above can eat a kangaroo - it can definitely fuck you up. Plenty of drama, and, why limit it to boas? There are anacondas, pythons, and all manner of big snakes with big appetites. 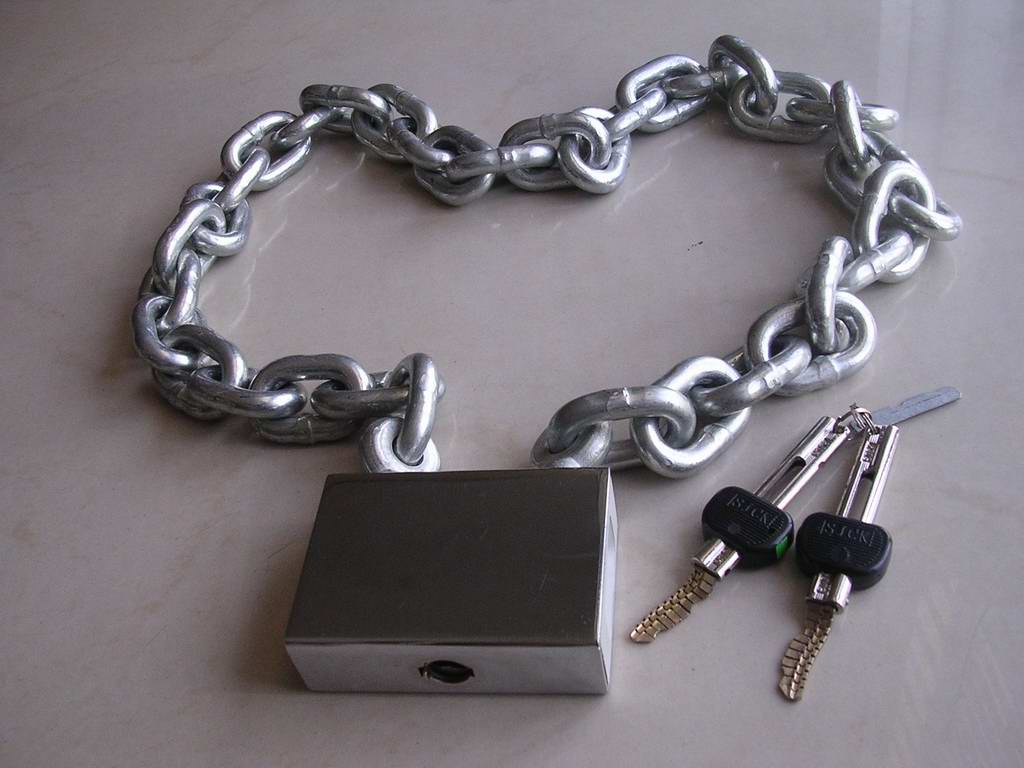 A cheap, brutal, and efficient weapon of convenience, the smiley is a hell of a weapon. The simple padlock on a chain design has been favored by everyone from cyclists (who actually have an excuse to carry them) to dirty punk rockers looking to cause a ruckus. Anyone could have one - even someone who didn't plan to use it as a weapon when they left the house. Your killer could be a real estate agent on her way to lock up a lot of land, a drug dealer with limited means for self defense, an angry cyclist, or even some dumbfuck kid who thought carrying a smiley sounded cool but never actually thought he'd pull it out in a fight. It's a dirty weapon - no clean hands or clear conscience after using one of these. Other pieces of hardware guaranteed to hurt: collapsible spade, Maglite, rototiller. Piano wire has made it's way into many a murder scene, but outside of Looney Tunes I haven't seen a lot of pianos used to murder people. This is a really versatile weapon, it can be defenestrated (oh, what a word!), pushed down a flight of stairs, or even, if on wheels, used to smash into someone again and again. It comes with it's own discordant soundtrack, and the added benefit of having your character accomplish something cartoon characters only dream of. Other stuff to drop on people: anvils (obviously), old cars, oversized refrigerators.

Fun fact: A strip club bouncer was actually killed while having sex on a piano rigged to rise and lower for performances. They hit the switch and it rose until it crushed him to death, leaving his partner trapped underneath him. I'm telling you - pianos don't fuck around.

I can't understand why we don't see more grenades in crime fiction. They're small, easy to use, and cause a hell of a lot of damage. Everybody likes a good explosion and you can have fun with the fact that most people don't have any idea how far you should be when one goes off, or what kind of damage it can do in a small space. Hitmen tossing grenades into cop cars while they're on stake out - KABOOM! Not to mention the element of surprise in a face to face fight when someone drops a live grenade at your feet. It would get ugly fast, but man would it be a ride. Other explosives: dynamite!

I guess this one is cheating, as plenty of people get bludgeoned with bricks. I prefer to experience the "crazy old man obsessed with fish" story as written by Hemingway - shorter, mostly - but if a hardcover edition of Moby Dick has to exist, and it has to be even thicker with the addition of illustrations, we may as well use it to smash someone's face in. There's room for all sorts of great one liners about getting "schooled" or "acting like a real dick." Perhaps the darkest facet of this particular murder weapon is that nobody wants this big ass book to be the last thing they lay eyes on in this realm. Other books to kill with include: War & Peace, hardcover family Bible, the unabridged version of The Stand.