James Deen, Making A Murderer, and Who We Are Not

Where are the headlines now? Where is all this "action" the industry was going to take?

AVN planned a historic panel on consent in the industry, that was to include one of Deen's accusers, but it mysteriously disappeared. Now that the heat is no longer on, and the public's attention has shifted to the latest crime-as-entertainment event (Making A Murderer, obviously) the industry is quiet even as Stoya, Deen's ex-girlfriend and first accuser, contemplates leaving the industry that supposedly did such a great job at responding to her allegations.

I hate to harp on the same topic two weeks in a row, but what good does the public's fascination with true crime do anyone if we run wildly from one crime to another without any follow through? If we can't get a sensational perp-walk and a filmed trial we move on, bloodthirsty for the next big thing. In the meantime, the victims (who are so rarely acknowledged at all) and their families are left in the wake. When the accused suffers some professional consequences and sees no legal ramifications, when the women making the accusations are swept under the rug just as quickly as they were supported with hashtags, when we simply find other things to care about - what are we saying? Do Some Damage's own Jay Stringer pointed out that although Making A Murderer was happy to use the murder victim Teresa Halbach's photo in their promos, she's missing from the docu-series. Early last year I was asked to cover the Slenderman Stabbing for Dirge Magazine and was surprised to find that the victim was alive. When I mentioned it to people who I knew had followed the case, I found I wasn't alone.

This pattern repeats itself over and over. The only victims that can manage to get any attention at all are the ones who go missing, and they only get attention if they fit certain expectations about their looks, lifestyle, and family life. Once the bodies are found, the attention goes straight to finding the dirtiest, most sensational details. The crazier the better. The more sex involved the better. The more we can get worked up in righteous indignation at the criminal, or at least pat ourselves on the back for being so much smarter - the better. Remembering the fact that real human beings were assaulted, raped, or murdered at their hands takes a lot of joy out of all of that. 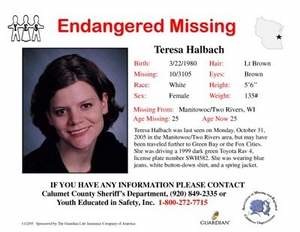 I really question what the media is doing in sensationalizing real crime only to push one case aside for another as soon as something more exciting comes along. I question the role of the viewer, and whether the media's presentation of this stuff is the chicken or the egg.

I get that for most people, the allegations against Deen seem distant. When we hear about really horrible stuff, it's natural to form a makeshift security blanket out of the ways we are not like the victims. We are not porn stars, so James Deen will not rape us. We are not men with sordid histories like Steven Avery's, so the police will not frame us for a crime. We don't associate with men like Steven Avery, so if he is a murderer, he won't murder us. We are not overly trusting young girls. We are not desperate single mothers. We are not dumb enough to hitchhike.

We are none of these things, so when the next big crime story comes along, it's all too easy to shift gears and obsess over it like a good TV show.