The first scene in From Dusk Till Dawn is a Ranger and a cashier talking the absolute worst shit you can imagine about a disabled kid. It's cringeworthy and terrible - and quite fucking perfect because when George Clooney pops out of the background and puts a gun to the cashier's head, the viewer doesn't mind one bit. Within seconds the liquor store explodes in an intense gunfight, and you don't even realize you're not rooting for the victims until the Gecko Brothers walk out of the burning building arguing like an old married couple.

I tell people all the time "From Dusk Till Dawn changed my life,"and they think I'm joking. I saw this movie for the first time with my parents, and none of us knew what was coming. I vividly remember both of them cursing my uncle's name for recommending "this stupid fucking movie." 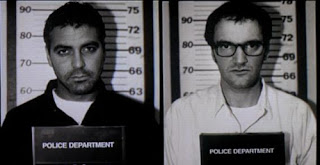 I was thirteen and had never seen anything like any of it. Forget the twist - the raw, unadulterated violence of it, the so-cool-it's-fucking-cold characterization of Seth Gecko, and the terrible unease I felt every time Richie had a scene - it was an awakening. I'd been writing for years at this point, something that had been encouraged by family and teachers, a lauded nascent talent, but I didn't even realize anti-heroes were a thing. To be honest, I didn't realize it when I watched the movie the first time or the fiftieth time. I was along for the ride and the only thinking I had time for was making a list of every Tarantino and Rodriguez film ever made so I could walk down to the video store and rent them (on VHS for 99 cents).

As I've grown up, watching the film over and over again, it's struck me that the real strength in this film is how it makes you love The Gecko Brothers despite them being two of the worst, despicable criminals to grace the screen. Is it controversial to say that no one sympathizes with a rapist? Probably not. But somehow you don't mind rooting for Richie, because the film manages to make you view him through his brother's eyes - is he fucked up? Sick? Wrong? Yeah, but Seth loves him. How much does the viewer have to love Seth to give a fuck about that?

It comes drips and drops. Of course, Seth is fucking cool. Everybody likes a cool criminal. He appeals to the part of all of us that wants to take whatever we want and ignore the needs of anyone but ourselves. Most works of fiction can get a long way on that alone, but if you're going to love him enough to love his brother, there's more work to be done. Seth doesn't want to kill you, but he will - even so, when he opens the door in the hotel room and sees what Richie has done to their hostage his horror is palpable. Seconds later, when he's shaking Richie, hitting his head against the wall, the horror is replaced by true helplessness. As we travel through Texas with the brothers we get to know Seth better. He won't kill unless he has to, he lives by his word, he loves his brother. 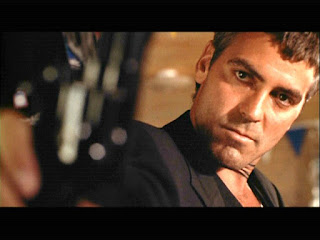 The genius part of this characterization, though, is how the film quietly shows everyone around Seth to be much, much worse than he is. The Texas Ranger and cashier come first, but then there is the news reporter grinning like an idiot as she reports on the body count they've racked up. At the Titty Twister, he reflexively knocks out the bouncer who comments on his young hostage's body. Seth may be a real mean motor-scooter, but he's a product of his fucked up world. When it comes time to lay it down and fight for survival, he doesn't let Jacob and his family down - he gladly joins up.

What makes Seth so relatable, so easy to root for, is the idea that he might not be that much worse than anyone else - he's just better at being bad. I mean, what's the big loss if he has to take out a couple assholes just as bad as he is?

A friend (Tony McMillen) once pointed out that From Dusk Till Dawn was just a new (and incredibly fucked) way of telling the story told in Of Mice and Men - El Rey is "the fat of the land", Seth and Richie the George and Lenny - cursed to be tied to one another on their ill-fated journey. Everybody's retelling an old story - Tarantino just added vampires.

There is something truly special about making people who are easy to hate easy to root for. FDTD makes it happen in the first seven minutes.

So yeah, I tell people the movie changed my life because instead of writing poorly realized love stories or Hardy Boys style adventures I was writing alternate endings to the Geckos story, hiding them behind passwords on my DOS word processor. Somewhere along the line I started writing my own characters, and while they may not be as cool as Seth Gecko, I hope they're at least half as tortured, one tenth as sympathetic in light of how terrible my characters tend to be.

Posted by Renee Asher Pickup at 4:19 AM