A particular quote has long fascinated me in relation to crime fiction.  It’s the famous quote usually attributed to Joseph Stalin that goes, “When one person dies, it's a tragedy, but when a million people die, it's a statistic.”  Stalin of course would know about the killing millions part, though I’m not sure what single person’s death he actually found tragic. Coming from the Soviet dictator, this quote sounds cold and cynical and can serve as justification for mass slaughter.  From the ruler’s point of view, killing many is safer than killing that select few who might become martyr figures.  It makes perfect sense that Stalin would say something like this. 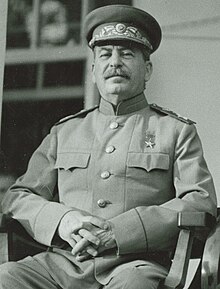 The wrinkle here (if you can call it that) is that Stalin probably never said the line.  The quote is real though, appearing in a novel by Eric Maria Remarque. In his 1956 novel The Black Obelisk, there’s a passage that says, "Strange, I think to myself, how we have seen so much death in the wars and we know that two million of us have fallen in vain - how come we are so stirred up by this one man and have almost forgotten those two million? But that's just how it is, because one man is always the dead - and two million is always just a statistic.”  Here the quote takes on a sad humanitarian strain that has nothing in common with the Stalin attribution.  Indeed, when I think about it, taking specific quotes and putting them in the mouths of different people through history would be a fun game.  A compassionate line said by one historical figure might sound vicious and ironic coming from someone else in an entirely different context. But let’s stick to the line at hand. What does it have to do with crime fiction?

Only this: that no matter who came up with the words we’re talking about – it’s a line that has resonance because it does seem to state something true about human psychology.  Large scale death and suffering tends to elicit less sympathy than small scale misfortune.  People can sympathize with others in direct proportion to the degree to which they know something about the people afflicted.  As the saying goes, proximity is more important than magnitude.  It’s an equation all writers wrestle with really, but crime writers in particular tussle with it since their domain is what you might call the dark side.  If the best crime writers are fearless, contemplating, describing, and illuminating every aspect of human behavior, no matter how unpalatable, then finding just the right scale while doing this is of the utmost importance.

Crime writers routinely talk about how brutal and unflinching their works are. But in terms of magnitude, how brutal are we talking about?  Writers talk about the troubled characters they create, the criminals of every stripe, the psychopaths, but does one fictional killer conjured up, even a sadistic serial killer, hold a candle to, say, Bashar Assad, smiling in his well-tailored suits. You could name any number of so-called leaders, political and otherwise, in this connection? How much blood does that person have on his or her hands? How many lives ruined, how many people displaced? Thousands.  Hundreds of thousands.  Millions. Talk about crime!  But when we get into the area of what you might call crimes against humanity, crime fiction itself fails. Which is another way of saying, fiction is written about the Final Solution, the Srebrenica massacre, the Rwandan genocide, and so on, but it's no longer crime fiction per se. It's something else (war fiction, survivor fiction, historical fiction, etc). There may be some examples, but I'm hard put to think of crime fiction that takes place dead smack in the middle of a war zone. Or a crime novel set in a place where atrocities are everyday occurrences, like Cambodia under the Khmer Rouge. It may be too hard to find the right scale under such chaotic conditions, where arbitrary death, barbarity, and constant suffering are the norm.

Where crime fiction does flourish is when set in periods soon after a time of trauma and strife. This can work in different ways.  After World War I came the so-called Golden Age of Detective Fiction (1920-1939 roughly), and though the era’s mysteries have been criticized backwards and forwards for being artificial contrivances, mere escapist puzzles, it can also be said that it was precisely their escapist quality that satisfied a need after the massive useless bloodletting of the “Great War.”  The novels of Agatha Christie, Dorothy L. Sayers, John Dickson Carr and countless others make death a thing that becomes a part of a country house game.  Evil intentions are always foiled; disruptions to the social order vanquished. That’s all dated now, but one can understand why people trying to come to terms with the horror of casualty statistics would eat up this kind of fiction.

Crime fiction since the Golden Age doesn’t compartmentalize violence and death like those genteel masters did, but even the hardboiled people, the hardcore noir people, follow the same basic principle.  They tell a story about characters people get to know so that when death hits, the reader feels something specific, related to an individual.  To the greater horror outside the immediate world of the story, where the dead are mere statistics, we get hints.  Perhaps this helps account for the never ending stream of war veterans who have populated crime stories - books, movies, TV - from World War Two till the present. War veterans with all their psychological baggage (not to mention their skills) make for fascinating characters in their own right, but they also allude to something beyond themselves that the smaller scale story they’re in can’t encompass.  The Afghan war and the two Iraq wars have provided the fodder to keep this tradition kicking; among the works I've encountered recently where war vets play an integral part are Jon Bassoff's Corrosion, Mike Miner's Hurt Hawks, and Wallace Stroby's The Devil's Share. Paul Marks' Vortex is another. Justified has several characters who are returned vets, both on the side of the law and not, and True Detective couldn't but fail to have one of its cops be a former soldier.  I could go on with contemporary examples, but you get the picture. Clearly the vet in crime fiction tradition shows no sign of abating. Still, in regard to the idea that one death is a tragedy and a million deaths a statistic - is there any single story that encapsulates this best? It's a matter of opinion, but I'd go back in time and point  to Graham Greene and the 1948 film from his script The Third Man.  Above all, I'm thinking of the character Harry Lime.

Lime (Orson Welles) has been trading in diluted pencillin leading to the death of many, including children.  But when his old friend Holly Martins (Joseph Cotton) confronts him, high up in a ferris wheel, Lime asks him how much pity he’d feel if one of the dots (the people down below) stopped moving.  He adds the inducement of money.  Twenty thousand dollars to get rid of one dot.  From their high vantage point, aloof from the fray, thinking of people as sheer blips and numbers, is it so difficult to imagine accepting such an offer?  Those deaths would mean nothing to Lime, and we grasp his ruthlessness.  But as played by Welles, and written by Greene and him, Lime has a certain sardonic charm. We get to know him enough that we almost like him. There’s a woman who’s loved him and continues to love him despite the bad things she’s learned about him.  When Lime dies, after being chased through the sewers like a rat, we feel something for him despite ourselves.  We don’t feel shocked when his onetime lover, who knows of his crimes, snubs Holly Martins after Lime's funeral.  She knew the whole Harry and still feels emotion for him.  I might not call his death a tragedy, but as presented, it does come across as sad. The audience is made to feel ambivalent.  We understand that Harry Lime changed over time.  Something happened to him.  His moral sense coarsened. Maybe (shocker) it had to do with World War II and the callousness created by seeing death triumphant everywhere.  If millions just died in Europe and Asia, what’s a modest number more if it makes life easier for you?  In a way that’s more direct than usual, The Third Man gets into the question of distance and numbers and how people value human life, but in one way or another, this is a question that lies beneath the surface of a lot of crime fiction.