Supergirl: The Quest for Fighting Skillz

So, this Supergirl show was on my TV this week. My good pal JEB! said he was looking forward to it, and we gave it a chance at our house. Gotham gets DVRed, as do Flash and A.G.E.N.T.S. O.F. SHIELD and Arrow. We're not immune to the pull of comic book shows, though I am disappointed Warren Ellis's Transmet hasn't made it to TV.

I was surprised at how much they crammed into the first fifteen minutes of the show, if I'm being honest with you, which, sure, let's try that for a bit. The expositiony backstory was pretty awkward, like when you have to carry something a little too big that isn't heavy, just kinda cumbersome. After Kara Zorels is handed off to George Reeves and Teri Hatcher on that seacoasty house where they stand in yards and eat lobster (-Excuse me, Teri Hatcher. Are these lobster balls real or imitation? -They're real, and they're spectacular!) we get to see Kara get coffee for Ally McBeal (hey, remember those co-ed bathrooms in her law office? that was weird). 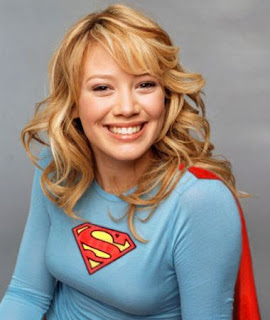 Then something something story, Oh, she fights Lizard Head Trucker. Cool. She has no training, though, and gets her tail handed to her. But then they cut to commercial and she goes to the Bat Cave with her sister who is in the ELO or something and some mean dude and then she asks this mean dude's permission if she can go fight Lizard Head Trucker (LHT) again and he's like, "Sure. Whatevs."

You're gonna worry, right? Because she tried to fly two commercial breaks ago and barely managed that. One commercial break ago she got ROUNDLY TROUNCED (technical Cuong Nhu term) by LHT. And she hasn't had the music montage training scene yet? How can she learn to fight without a Night Ranger song and hanging upside-down situps? Does no one remember how to write??

Somehow, she learns to fight during the commercial break. Like how on a reality show -- The Amazing Race or Ink Off or Face Masters the contests are totally doomed -- "We will never find the magical token key clue!!" -- and then they cut to commercial, come back and they find the thingy? (Tip: If you're ever on The Amazing Race or one of those shows, say "We'll never find the" whatever and then watch what the cameraperson does, because the cameraperson always pans to the location of the thing you can't find just to make you look like an idiot.)

Anyhoo, they come back from commercial and Supergirl is a better fighter and eye lasers the Sword of Kryptonian Nuclear Destruction and so LHT can't be taken alive because he doesn't want to be tortured for the location of Magical Token Key Clue (not sure on this part of the plot) and so he sticks a glow stick into his chest and dies on the loneliest, most untraveled road in America.

So, I dunno. I was kinda impressed at how much character building they did in the first quarter of the show, despite parts of the backstory being clumsier than a drunk Guy Gardner on a cruise.

Kara Zorels seems to be a likeable enough character. I think they've done fine there. I worry that, because this is on CBS and not CW or UPN or AMC that we'll lean to pop more than indie. Maybe that's fine. At least it's not on one of the premium movie things or whatever they're called now, where you'd get boobies and peckers and humpy time every fourth scene.

So, maybe give this a shot? Who knows? What rating grade do I give it? Uh, seven purples? Is that a fair rating?
Posted by Steve Weddle at 7:14 AM