Making the Most of Wasted Time 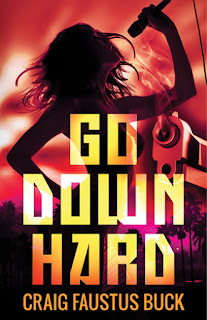 I'd like to take a moment to praise an unacknowledged and often disparaged contributor to the writing process. I am as guilty as anyone of deriding this unsung hero, and I'll sometimes go to great lengths to avoid it.

One example: I usually shave at night. On its face (or mine), that's absurd. What's the point of being freshly shaven in my sleep? Doesn't it make more sense to shave in the morning? Of course it does. But when I wake in the morning, I want to get down to writing, so shaving feels like wasted time. But do I grab a cup of coffee and hie my five-o'clock shadowed self to my desk? No. I drink my coffee and do the daily crossword. I justify this by telling myself that I'm staving off dementia with mental exercise (though anyone who knows me knows it's already too late for that). In fact, what I'm really doing is practicing the ancient art about which I'm writing this blog: procrastination. It's a subject that tickles me because, in writing about it, I'm able to achieve it.

Procrastination often gets an undeserved bad rap. For instance, this blog is one way to put off working on my next novel. But it's not as if I'm being unproductive. Some of my most notable professional achievements have been born of procrastination.

When I completed the first draft of my debut novel Go Down Hard, it came in at 120,000 words. My esteemed editor, Kristen Weber, informed me that anything over 100,000 words would be a tough sell because of added production costs. So I set out to cut 20,000 words. Of course every word was precious, so the literary liposuction was painful, but the weight loss did improve the book.

I pasted much of what I expunged into a file for future mining. Among the sweepings on the cutting room floor were a few paragraphs about a pair of newly married petty thieves. I liked this couple a lot, but their relationship was more interesting than their peripheral role in the novel, so they had to go. Still, I kept thinking about them. In their backstory, they had gotten married impetuously and, as they'd grown to know each other, they both began to realize that she was a good deal smarter than he. I couldn't stop wondering how their dynamic would play out under pressure.

About a year later, my mind frequently strayed to this question as I became increasingly frustrated with the second act of my subsequent novel. I finally had to put the novel aside to find the answer. To a psychologist, it would be obvious that my preoccupation with these newlyweds was a device to avoid the inner demons of Act II that were preventing me from finishing my book. It's probably obvious to you, as well. And it's painfully clear to me.

Nonetheless, I set two days aside to put these low-lifes-in-love in a stressful situation that would test their relationship. I had them break into a beach house for a honeymoon that went horribly wrong. Three weeks later my creative procrastination produced the short story "Honeymoon Sweet," which was chosen for last year's Bouchercon Anthology and, this year, nominated for both an Anthony and a Macavity Award. Procrastination rewarded.

That step back from the novel, though far longer than intended, was just what the doctor ordered to regenerate my juices. I'm now 80,000 words into the WIP and safely through Act II. So the next time the sirens call me to rise from my desk and dust the tops of my door jambs, I'll choose instead to dust off that old story I've been meaning to finish. And the next time you see me unshaven, know that I'm trading good grooming for a superior waste of time. Procrastination is just barely a sin if you're honing your craft. 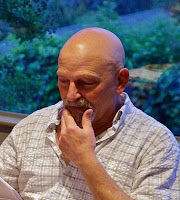 Author/screenwriter Craig Faustus Buck has been a professional writer for more than 35 years. His novel GO DOWN HARD was published in 2015 (Brash Books). His short story "Honeymoon Sweet" is a current nominee for both Anthony and Macavity Awards. His works include two #1 NYT nonfiction bestsellers (co-authored), an Oscar-nominated short film, dozens of produced screenplays and hundreds of print pieces (ranging from The New York Times to Ladies' Home Journal to Sports Illustrated).

Good post. Several years ago I took steps to slow down my writing process, as I'd discovered some ideas only came to me after I'd already written the germ, and would be gone--or unfully realized--if too much else had been written between where the idea fit and where I was ow. (Usually because another idea was crowding it out.) Even on a day-to-day basis, I sit down to write and check email, Facebook, and my blog aggregator as a warm-up. Yes, I'm wasting time, but I'm also doing better work, quicker, when the time comes. I look at it as warming up.

That's one of the perks of being a writer. There is no wasted time, because the back brain keeps working.

Good post, but not long enough. I have to go back to work now, or find some other way to waste time so my unconscious can solve a few problems in my WIP.