Kristi Belcamino - Blessed Are Those Who Mourn - Chapter Reveal 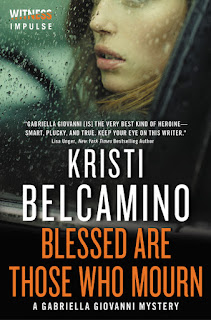 My fourth book, Blessed Are Those Who Mourn, comes out in just a few weeks and my publisher is doing a first chapter reveal promotion so I thought I'd also share the chapter here.
If you like what you read and want more, there are buying links at the bottom. Here are some nice things reviewers have said about the new book:
"Kristi Belcamino knocks it out of the park with her best novel to date."

"Reader beware: the emotionally fraught drama of this suspense-filled gem will tug at the most hardened heartstrings! A bravura piece of story telling by a stellar talent."

"So much fast action, so much murder and mayhem this book flies to a thrilling conclusion."