Too much 'POP' in your culture?

Over at the wonderful RIVER CITY READING blog is a discussion about too much pop culture in a book. Check it out.

A group of bullies are like the goons from Power Rangers.
People are staring like that scene from Invasion of the Body Snatchers.
A lucid dream like Vanilla Sky. Computer simulation like The Matrix. A fantasy life like that episode of The Twilight Zone.
It is relentless.

I've read much crime fiction that leans too much on the STUFF of the world, rather than the world. In order to tell you that the investigator is smart, the author has him listen to some obscure Bartok because we all assume classical music lovers are smarter than, say, fans of NKOTB.

My problem with dropping in pop culture is that much of it feels dropped in, used as a short of shorthand for character creating, for building the world.

The other part I dislike about it is that it's a sort of "aren't I clever" wink to the reader about something cool and vague, the sort of reference Captain Rhatigan would make in the third season of Star Blaster. 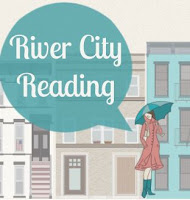 I haven't read the book discussed over at River City Reading, nor have I read the author's earlier work. For all I know, I could love the pop culture references. I could feel as if I were in on it, if it were full of Tom Waits nods and references to early Starsky and Hutch episodes.

But that's the thing. We talk about this some in my short story class over at LitReactor. One of the worst things you can do when you're writing is to alienate your readers. If you're writing Star Blasters fan fiction and want to use references to that world, that's great. But, see, what I want from a book is for it to be its own world. I want the writer to take me to a place that's new, tell me a story I haven't heard before about people I can fall in love with.

Tell me a story, author. Don't try to prove how cool you are.
Posted by Steve Weddle at 8:45 AM

A little of this can be fun, either to help to flesh out a character,or as an Easter egg to the reader. (Those whop don;t get it haven't missed anything; those who do get a bonus smile.) That said, the prime reason I've had such a hard time getting into early George Pelecanos is his insistence on beating popular music and automobile references into his head. I don't get them (I'm not much of a car guy, and our tastes in music differ dramatically), and it leaves me cold, like I'm the odd man out on an inside joke.

As a writer one of the things I remember learning was not to include a lot of pop culture references because it will date your book or story. Future readers will rarely understand those references. I know that for a fact because I find myself explaining a lot of things from my past to my grandchildren. Can you believe it? They didn't know that the A-Team was a TV series before it was movie :)

It depends on the author's intention for me. A book like Caroline Kepnes' under-rated stalker book, YOU, is filled with pop culture references because it has to be. It is very much a book of it's time - lots of social media stalking, current tv references, and music (Price's Nothing Compares To You is a recurring theme throughout). It's also worth mentioning that Caroline began as a journalist at Entertainment Weekly, so she comes by this knowledge honestly.

But if you want a book to have a long "shelf life" and to feel more universal, it's probably best to limit these references.

Sorry, that should say Prince and Nothing Compares 2 U. ;)

I prefer stories that are of their time and make references to it. And I like shortcuts because too often (way too often) we can all see where the story is going and wish it would go further or even in a different direction. If that means taking a shortcut, please, take it.

To follow-up on Dana's point (because I love it when people use real examples), the references in Pelcanos' early work left him cold, fair enough, but those same references were one of the main things that others felt made the books so good. Without those references Dana may have warmed up to the books a little but maybe not a lot and those other people would have also ended up feeling meh about them.

I agree, John. I'm not saying Pelecanos was wrong to use them--they do root the series in place and time--but writers should be aware of the risk they run when they do so. Pelecanos got away with it because I'm the outlier there--I listened to jazz and classical when I was that age and couldn't have picked a soul singer out of a lineup--and, well, and because he's George Pelecanos and the books are so good the risk was minimal. Others should go that deep at their own risk.

Now that I think about it, John, you're a great example of how that can work for an individual. In A LITTLE MORE FREE, the Canada-Soviet Union hockey series plays a key role as the backdrop for the story. I was fully engaged in that, and it really helped set both the time and many of the characters in my mind. I can see, though, how someone who cares nothing for hockey would wonder, "Why is all this hockey shit in here?" Of course, why we would care about someone who cares so little for hockey is also a reasonable question.