Over at Spinetingler we'll be doing our annual Best of the Year post (we usually post closer to the end of the calender year). In the lead up to that post I'll be using my time here at Do Some Damage to pull together some recommended reading lists for short story collections and anthologies, non-fiction books, comics, re-issues, and straight up crime fiction.

Earl Tubb is an angry old man with a very big stick.

Euless Boss is a high school football coach with no more room in his office for trophies and no more room underneath the bleachers for burying bodies.

And they're just two of the folks you'll meet in Craw County, Alabama, home of Boss BBQ, the state champion Runnin' Rebs and more bastards than you've ever seen.

The Field by Ed Brisson and Simon Roy

An underwear clad amnesiac, an ex-Bible salesman on a meth-induced murder spree, a seedy biker gang on a revenge mission, and a group of cosplayers out to save the world. What more do you need to know?

Orson Gage is no good man. His wife's death thrusts the only kind of righteousness he's ever known upon him: Revenge! Her murderers must die. All of them! In Dead Boy Road, follow Gage on the dark road he's chosen to travel - a road that looks more and more like a highway to Hell!

The next two books are my favorite graphic novels of the year and are highly recommended.

The Lonesome Go by Tim Lane

This collection of stories is broadly linked together by the experience of wandering — both literally and figuratively. With compelling verisimilitude, the lives of his characters are depicted by way of rich mixtures of obscure myths and documented facts, dreams and reality, belief and disbelief, throughout a haunted landscape populated by the ghosts of a complex and rich fictional tapestry. You'll witness a young man's dubious quest to discover the myth of the protagonist from an obscure vintage comic strip; encounter sociopathic hobos in boxcars and misled young men whose facial pores sprout worms and who throw up babies into gas station toilets; visit modern "Hoovervilles"; and experience the life and death of an undocumented immigrant bookstore doorman, former boxer, and expert hustler. 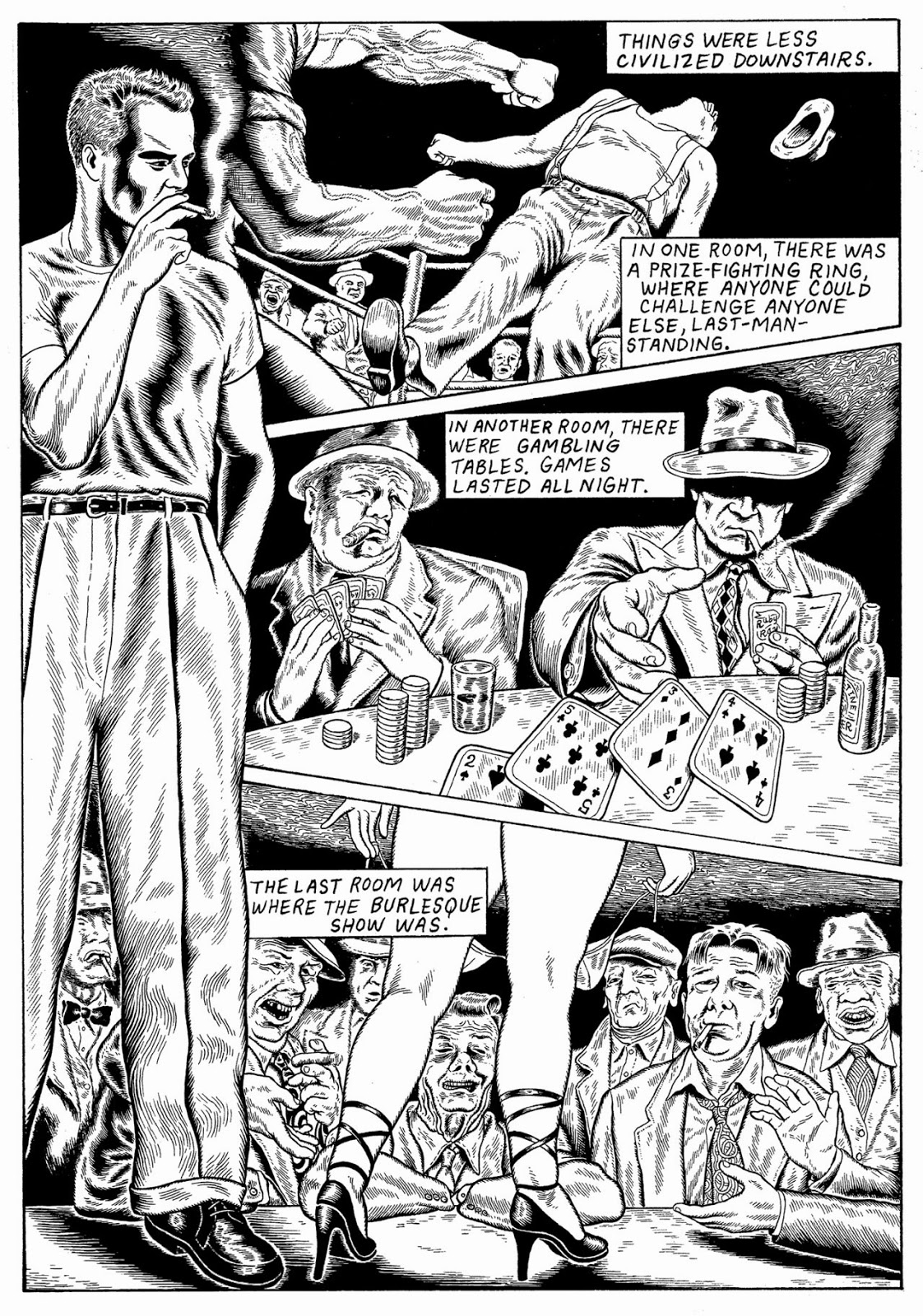 Kill My Mother by Jules Feiffer

As our story begins, we meet Annie Hannigan, an out-of-control teenager, jitterbugging in the 1930s. Annie dreams of offing her mother, Elsie, whom she blames for abandoning her for a job soon after her husband, a cop, is shot and killed. Now, employed by her husband’s best friend—an over-the-hill and perpetually soused private eye—Elsie finds herself covering up his missteps as she is drawn into a case of a mysterious client, who leads her into a decade-long drama of deception and dual identities sprawling from the Depression era to World War II Hollywood and the jungles of the South Pacific.

Along with three femme fatales, an obsessed daughter, and a loner heroine, Kill My Mother features a fighter turned tap dancer, a small-time thug who dreams of being a hit man, a name-dropping cab driver, a communist liquor store owner, and a hunky movie star with a mind-boggling secret. Culminating in a U.S.O. tour on a war-torn Pacific island, this disparate band of old enemies congregate to settle scores. 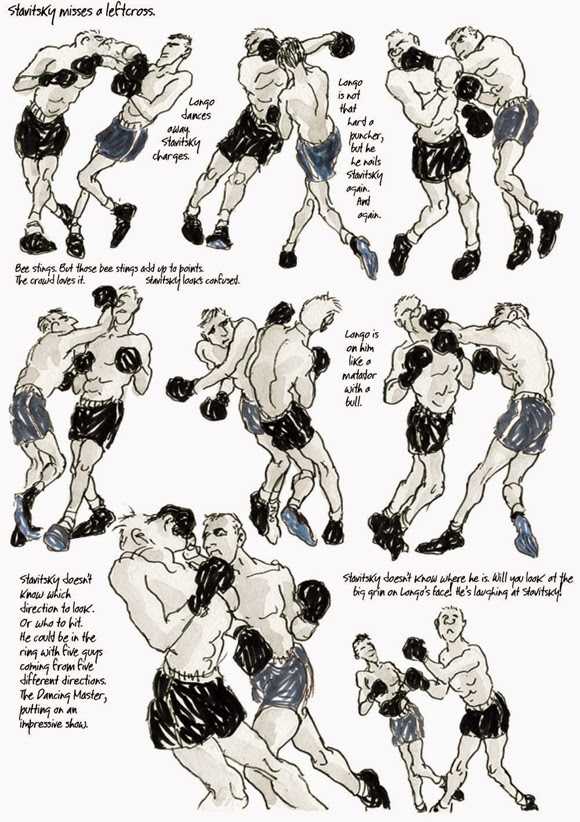 What were your favorite graphic novels(crime or otherwise) from 2014?
Posted by Brian Lindenmuth at 4:00 AM