Finishing a Manuscript and Asking Why Not? 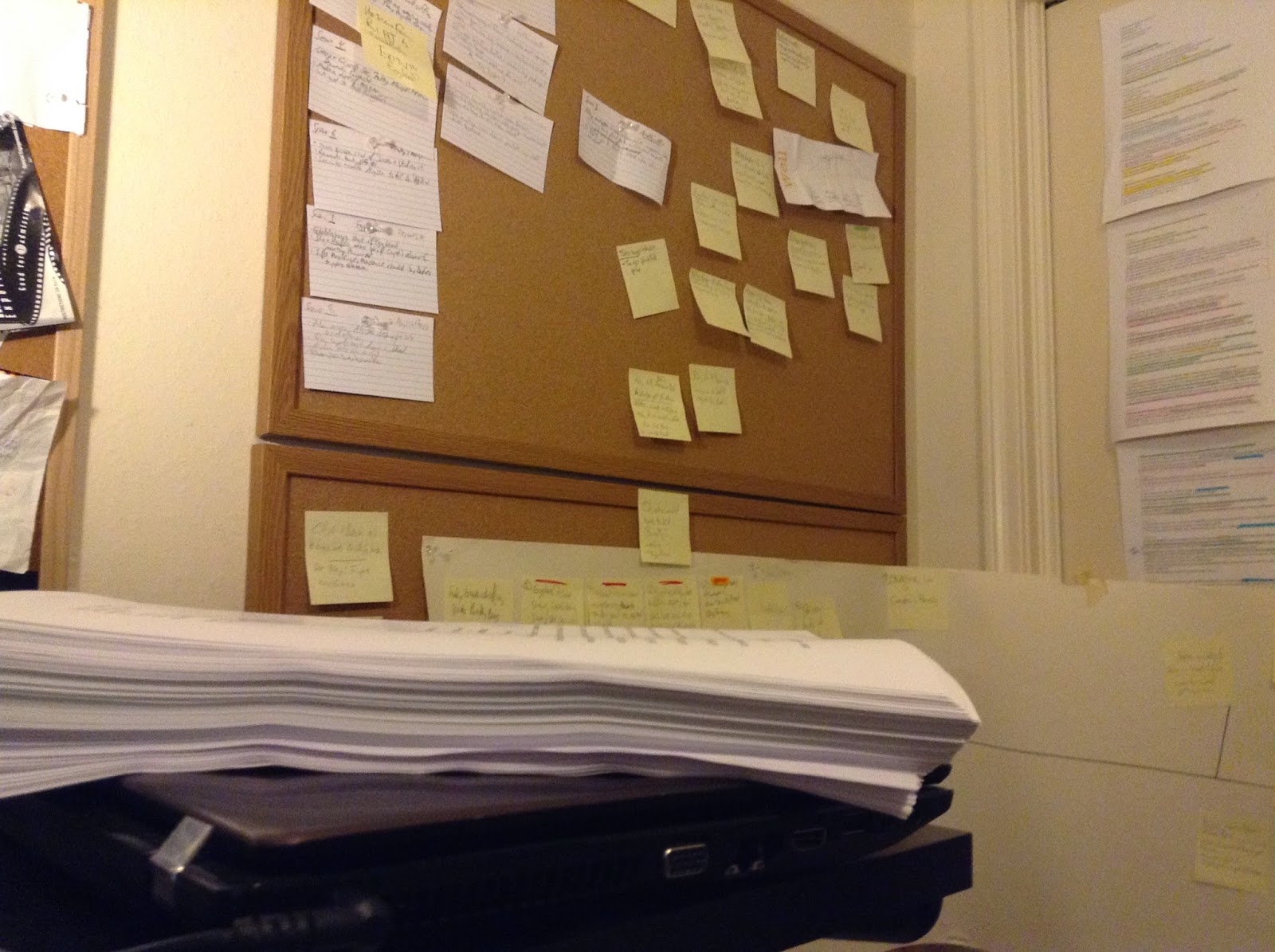 On Tuesday afternoon, during one of my five-minute breaks at my day job, I put the final period on the first draft of my latest manuscript. On my iPod Touch. Again, as I’ve written about before, I still can’t believe how productive I can be writing a first draft on an iPod. I realized that I was close during my 5am writing session but wasn’t able to finish at home. But that was just as well since…between 40-50% of the first draft was written on my iPod. I went home and copied the new text into Scrivener and then printed it. There it is on the left.

I’ve said it before and I’ll keep on saying it: if you want to write, there are ways to write when you’re just about anywhere. I celebrated by going to rehearsal that night and then chilling later that evening with a glass of pinot grigio. As only writers can attest, there’s nothing like finishing a novel. This one clocked in at 59,000 so it’s officially a short novel.

I'm not the only one, either. There's a post over at The Digital Reader about writing on smartphones.

And the next day, in order to keep my writing streak alive (every day since 1 May), I started the next one. But it’s low-key because I have other things to do with my spare time. What, pray tell, are they? Astute readers will likely have drawn a conclusion to many of my side comments in my posts these past few weeks so it’s time to let the cat out of the bag. I am starting my own independent publishing company to publish my own ebooks starting in 2015.

Probably the first question you may have is why? My short answer is Why Not? My longer answer is more nuanced and I’ll write about it in the coming weeks.

You’ve been reading about my productivity in completing manuscripts since May 2013. In that time, I’ve written six manuscripts of varying length, eight if you count a couple of short stories. And you will have the chance to read them come 2015.  So stay tuned.

But back to the iPod (or smartphone or whatever device you carry around): Always Be Writing. You can do it. Modern technology makes it unbelievably simple. You only have to want to. And I do.