We recently buzzed through the first two seasons of Orange is the New Black. I wanted to focus on one technique that I thought the show used to great effect. There are moments in the show that are incomplete but leave the viewer wanting to know more. This does a couple of things. It places narrative hooks that leave the viewer wanting more, and adds to the depth of the world.

David Mamet is the biggest proponent of this technique:

MAMET
Get into the scene late, get out of the scene early.

INTERVIEWER
Why? So that something’s already happened?

MAMET
Yes. That’s how Glengarry got started. I was listening to conversations in the next booth and I thought, My God, there’s nothing more fascinating than the people in the next booth. You start in the middle of the conversation and wonder, What the hell are they talking about? And you listen heavily. So I worked a bunch of these scenes with people using extremely arcane language—kind of the canting language of the real-estate crowd, which I understood, having been involved with them—and I thought, Well, if it fascinates me, it will probably fascinate them too. If not, they can put me in jail.


The Wire had visual variations of this. The series is over and people are still wondering about Rawls in the gay bar. The camera casually passes him by, like we weren't supposed to see him in there but did. And of course Rawls means nothing to the character scanning the crowd so the reveal is a casual bombshell to the audience. 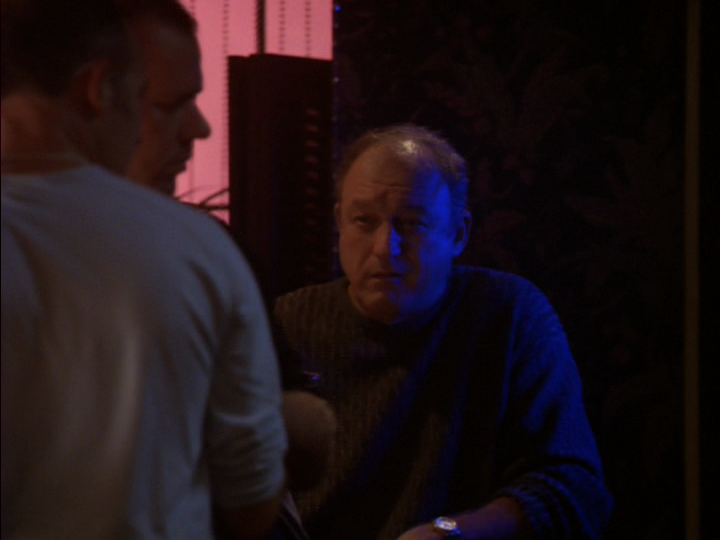 The first scene is a personal anecdote that Taystee is telling at an AA meeting. The scene starts with her saying:


“So there I am, topless, sitting on this bulldozer, like in a construction site. So I’m sitting there, barbecue sauce on my titties, and I’m like, ‘What the fuck? Again?’”

We do get an ending to the tale but no start. The tale is funny and sad at the same time we want to know more but never do.

The second scene takes place in the visiting room where an inmate is talking to her husband. She feels the he is letting the bank run all over him in regards to not dropping some late fees. At the end of this scene she tells him:

You get a baseball bat, the wood kind, not the fucking metal kind, and a big trash bag, the black kind, not the see-through kind...


The scene then moves to another inmate, one that we've been primed to see, and we can only hear the above exchange in the background before it fades completely. We want to know what to do with the bat and the trash bag damit!

The last example is played as a recurring joke. There's a joke that is told by two different characters in two different scenes. They only give the setup


and the punch line.

"And so the penguin says, "Dude, he's not an eggplant, he's retarded".


Even though it's played for laughs the audience is still in the dark and wants to know more. 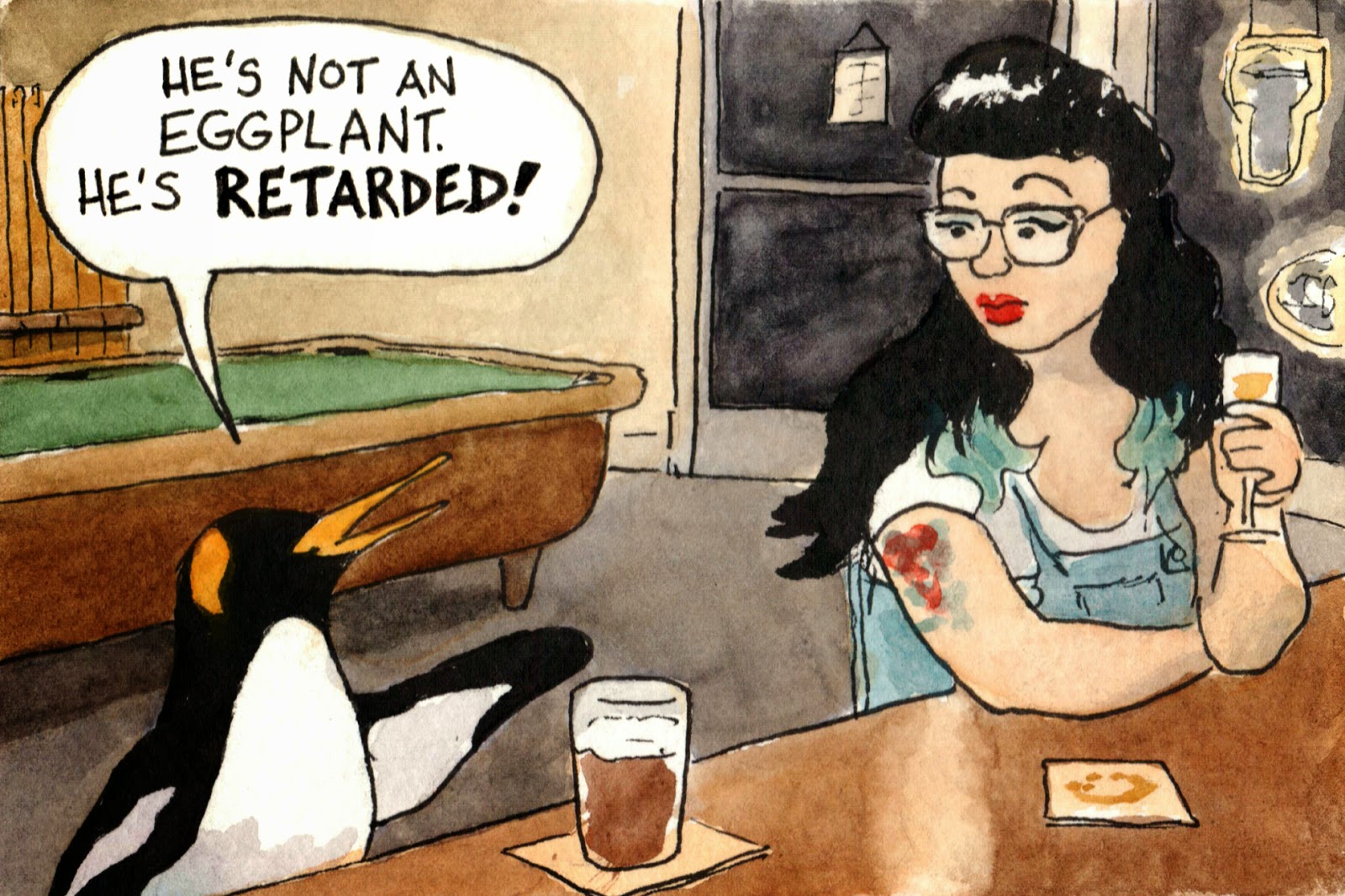 So leave 'em wanting more. Not just by seeking resolution to a cliffhanger at the end but by investing them in the smaller moments in the middle too.
Posted by Brian Lindenmuth at 7:04 AM