Dealmaking and the second novel

My second novel of the HARD BITE series released on September 1st. It's different this time around because of pre-orders: I had some, which astonishes me because I've never pre-ordered anything in my life.  Just goes to show that the way I shop is not the way everyone shops, and it came as news, delightful news.

There are not one but three publishers for the series. The way my arrangement works is first Blasted Heath releases the digital versions and paperback rights deals follow. This time around Down and Out Books will release the BITE HARDER trade paperback on October 15th just in time for a Bouchercon signing and a panel or two.  (New Pulp Press still distributes HARD BITE, even though Jon Bassoff has handed day to day operations of the house over to Jonathan Woods and Shirrel Rhoades.) 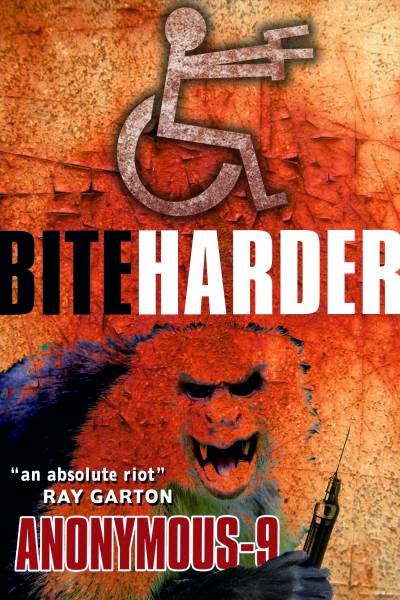 There is more leeway these days for authors to forge unique publishing arrangements but eventually "all roads lead to Rome" at the intersection of Readership and Sales. Personal experience indicates that a combination of good reviews, social media exposure, word of mouth, targeted advertising like BookBub, and the alchemy of Amazon algorhythms make an e-book successful. In the past I've had good luck with reviews and word of mouth. Social media has a knack for making me feel awkward but I make the best of it. Sometimes Amazon algorhythms work for me (HARD BITE went to #2, twice, in Hardboiled, right behind Allan Russell and BURNING MAN) and sometimes they don't.

Rebecca Forster, the queen of legal e-thrillers, emailed last week and said the "perma-free" status of one of her novels (out of the field of twenty-six) on B&N online was the "secret to her success." I've got a ways to go before having  a 26-novel body of work but with two short story collections and two novels currently on market, maybe I'll benefit a bit more when Blasted Heath makes one of them free. (Right now Amazon limits "free" status to a five-day window.)

Waiting in the wings is a 15,000-word novelette called CRASHING THROUGH MIRRORS  that I'm planning to self publish December 1st. The strategy is to ride some of the wave created by the paperback release and publicity. If (and it's a big if) CTM gets the kind of enthusiasm and reviews of HARD BITE, I'll parlay them into a deal with any publisher willing to pony up advance money to fund writing it full-length, and kick off a series. I wasn't the first writer to dream up this kind of  business deal but I might have brought it back from the dead with my Uncanny Books contract.

With four publishing deals contracted so far (and myself as a fifth publisher), at times I feel like "the house that Jack built" roaming and rambling all over the market. But they have an important feature: these deals allow autonomy as well as flexibility to grow. Instead of signing away all my rights to one publisher at the start, when a writer usually has the least negotiating power, I'm able to sequentially leverage growing sales and reputation into better deals. The books benefit from combined distribution channels and the loyal readership of each house—when a reader of Publisher #1 likes the Anonymous-9 product, they then seek out Publisher #2. Soon, when contracts are firm on foreign rights deals, the process will start all over.

It's strange and new, yes. But I feel this approach is tailor made for an outside-the-mainstream writer like myself and lends credibility to my quirky little brand. For me, it's working. Feels like a great time to be a writer.

BITE HARDER: Compare Prices
Posted by Steve Weddle at 7:19 AM

Email ThisBlogThis!Share to TwitterShare to FacebookShare to Pinterest
Labels: Anonymous-9

I think you're smart in your publishing journey, Steve. It makes sense to me. Bottom line is getting the books to the people who want to read them and you are doing great.

Good luck, Elaine. To me the real question is how will you ever remain anonymous if you keep selling tons of books? How will you appear on TV?