I'm willing to bet that most of us have, if not actual written bucket lists, a running mental tab of items we'd like to accomplish in our lives. For a long time, writing and getting a novel published was at the top of my list. Now that I've done that, I realize that particular goal is kind of never-ending--I'm always writing, trying to better myself.

But there are other items on my list which I've pretty much conceded defeat to. I know that goes against the principles of positive thinking, but let's be honest here--I'm never gonna be a size two or win American Idol. Sometimes you have to give up goals and be okay with it so you can move on to the ones that are actually important to you.

So in that spirit, I thought I'd share a few of the items on my personal list that are unlikely to ever be accomplished.

Realistically, I will never:

The closest I will ever come is my rudimentary Spanish skills acquired in high school. Hey, that was enough to get my husband and I by in Peru, so I figure it's enough. Still, I cling to the idea that someday I'll be fluent in Spanish--I'm just not willing to put in the work to make that happen, Rosetta Stone's full immersion learning system be damned.

And speaking of Peru, I have something else to add to this list: Much as I'd love one, I will probably never have a baby goat. 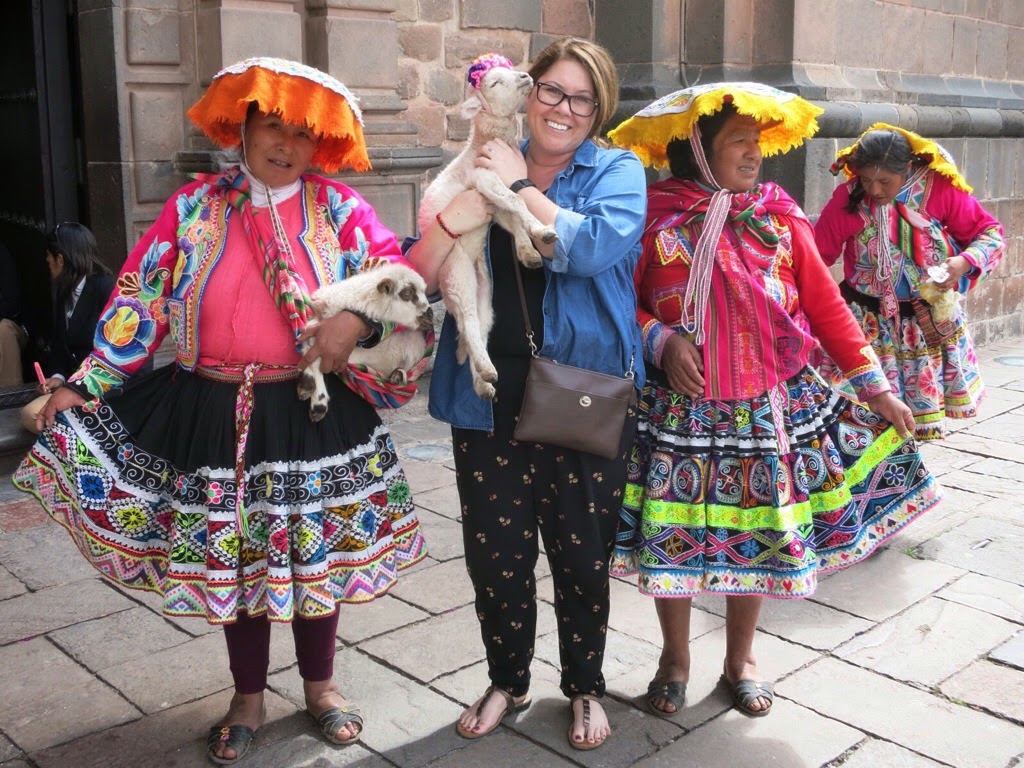 2) Learn to play the guitar

I've wanted to play the guitar since I was a kid. When I left for college, I sold my flute, which I'd played since the fifth grade, so I could buy myself a guitar. I carted that damned thing around all through my twenties, thirties, and into my forties, only giving it away when we moved into our current house three years ago. In all those years, I never learned to play it, or the second one I acquired along the way. Now, the only guitar I own (yes, at one point I had three unplayed guitars) is the one my Grandpa used to play. It's displayed in the entryway of my home. 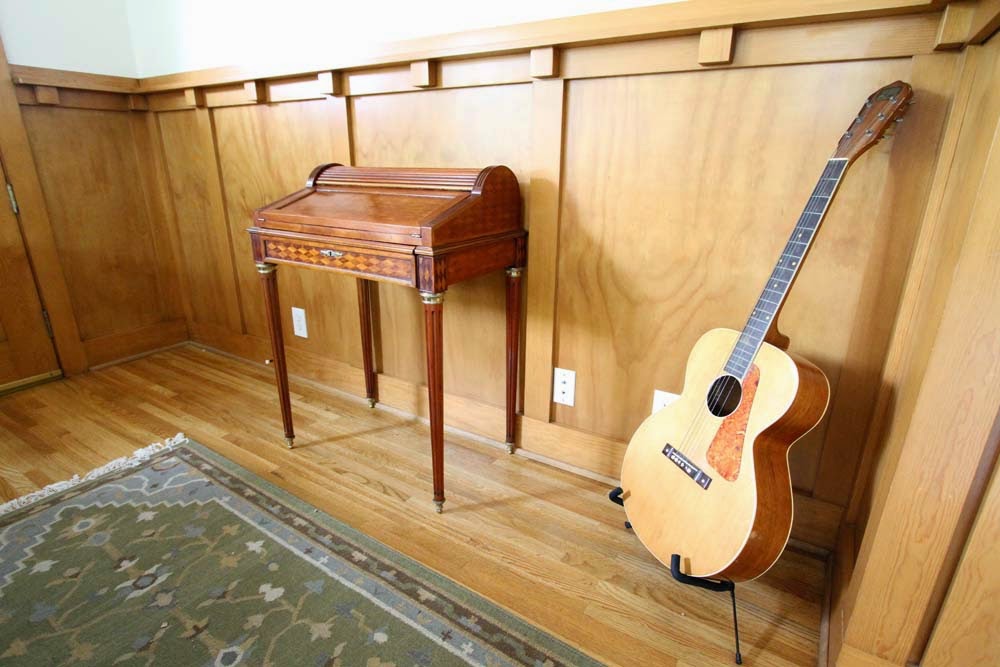 I've always said I wanted to go on a safari someday. But honestly, I'm not that great a traveler (the picture of me with the goat above notwithstanding). I don't like to fly and I refuse to be away from home longer than ten days because I hate leaving my dog, Stella. Like so many things in my life, I love having traveled, but while I'm actually doing it I'm a little bit anxious and missing home by day three. With so many other locations in the world I'd rather see, I'm officially crossing Africa (and that safari) off the list. 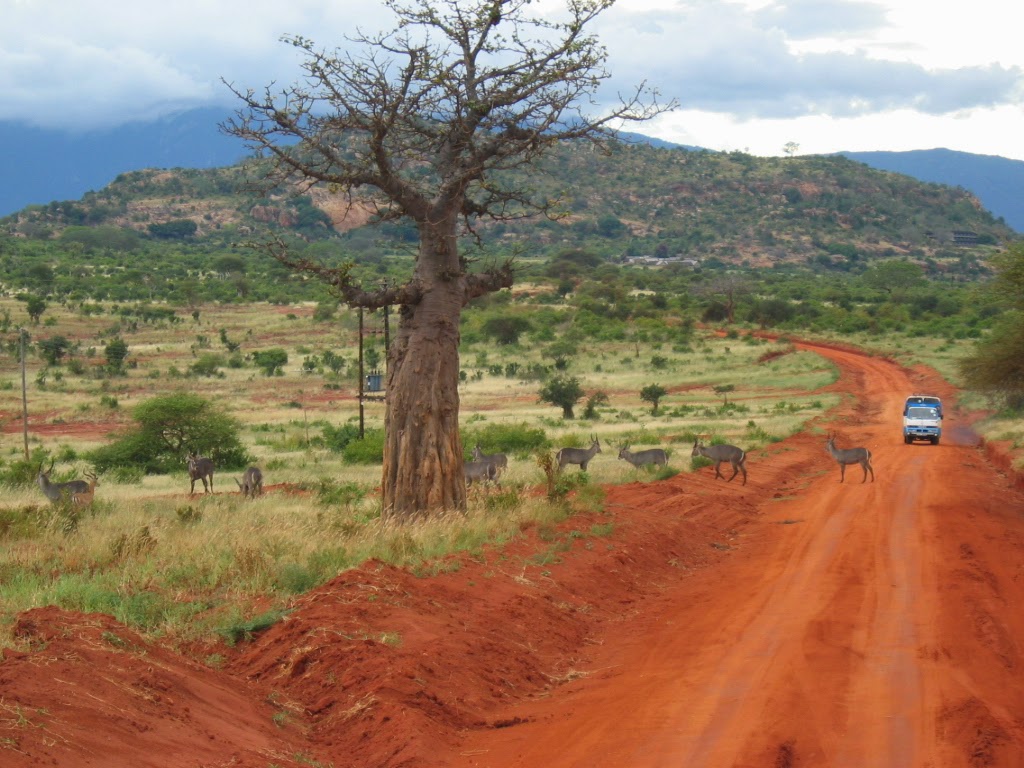 4) Be a graphic/web designer

When I quit my job fifteen years ago, it was with the understanding that I'd work from home as a web designer. While it's true I designed a few websites (to my knowledge, none of those designs survive), I never learned the skill set to do it properly or efficiently. The same goes for graphic design.

But for some reason I've always considered myself the graphic/web designer type. I can't quite give up that ghost. A couple of weeks ago I told my husband I was thinking about taking some design courses online with the goal of eventually earning some extra money. His response: "Who's gonna hire you?"

5) Learn how to dress myself stylishly.

Obviously, I know how to dress myself. I just don't know how to dress myself. All those magazine articles about dressing for your body-type (I'm an apple, if it wasn't obvious), using accessories to make a statement, using classic pieces to build your wardrobe.... I'm still clueless. It's not that I don't try, I just lack the fashion gene. It's time I admit that and move on. 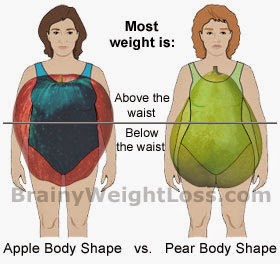 Now, my friends, it's your turn. Tell me what Bucket List goals you're ready to give up in order to make room for the important ones?

1. Run a marathon. (This goal was already scaled back considerably from my dream of being the first runner into the Olympic stadium).

Al, I did actually run a marathon in 2006. But if I hadn't done it then (all the stars aligned for that one to happen) it would definitely get crossed off.

And yeah, date Linda Fiorentino. Whatever happened to her?

Great list, Holly, some of which are items on my own bucket list. But I'm not yet giving up on Africa or that baby goat, damn it.

And maybe I aim low, but I'm not giving up my bucket list items yet. Still going down in that shark cage some day, still going to Alaska and Yellowstone, still getting back into horseback riding, still going to take up guitar (or drums).

And I AM going to build a tiny house.

Run this column again next year and let's see how we did.

As much as it pains me to admit, I'm probably not going to swim the English Channel!

Lauren, I want to build a tiny house too! Did you see that documentary? Of course, finding a place to put it is a bit of an issue.

Mick told me not to give up on Africa just yet. So we'll see about that one.

Yes! Plus new show on DIY Network, Tiny House Nation. Saw Dee Williams (author of The Big Tiny) speak a while back, she also inspired me. Have wanted to do it for a long time but yes, location is an issue unless you want it on a trailer, which I really do not. They have new tiny house neighborhoods in various areas. Let's start one.

Don't give up on Africa!

Here are two of mine that I'm willing to concede, mostly because they don't seem possible anymore.

(1) A long time ago I had a dream of raising a coalition of powerful cheetahs. My plan ostensibly was to not feed them for a week and then set them loose inside the NY Stock Exchange. Apparently there are strict security measures in place at the NYSE now so that kind of put the kibosh on all that.

(2) Back in the late-90s I wanted to design my own brand of rich butter for movie popcorn. It would be so great to be on line at the multiplex concession counter and hear, "Would you like extra Kieran Shea butter on that?" I pictured my face on the counter pump with two big 'thumbs up' signs. Of course the confusion with the moisturizing 'shea butter' became a major factor and the cease and desist letter from Siskel & Ebert's attorneys didn't help matters either. This dreamed withered quickly on the vine too.

Well, my dream of writing a novel is just that - a dream, because honestly, I don't put any time into it. But maybe when I am retired, it will go back on the bucket list. As for Africa, it is very high on my list, so let's go together!

I thought of one more thing: I also would really like to own my own vacation home. I also hate traveling away from my dogs, and I would like that to bring them wherever I go. My dream is to have a home or cabin (or tiny house!) in the mountains. That is something that I am definitely working towards.

Holly, we know how Hollywood Hollywood treats most women over 50. Linda Fiorentino also said in an interview that the movie LAST SEDUCTION ruined her dating life, because men expect to meet the character she played.

I keep trying to cross a few things off but they just keep coming back. The dream never dies, I guess. Or the denial of reality. Maybe that's it. Elaine/Anonymous-9

This was such a great post. My bucket list item for the past 20 years has been learn to speak a foreign language, but damn it, I'm not giving up, I'm not dead yet. And think how fluent I'd be now if I'd been studying for the past 20 years instead of dreaming of doing it! Ack.
I had learn guitar briefly, but after a stint in fourth grade and then a stint in my 20s, I decided screw it, I don't want to play guitar anyway.
My other one is become a chess master. That's not going to happen so I made my character in my series one. There you go -- living vicariously through our characters!
Kristi B.

by Scott D. Parker Exciting news! The first Calvin Carter team-up has arrived. With the publication of Cash Laramie and the Sundown Express ...