And the Damage Done 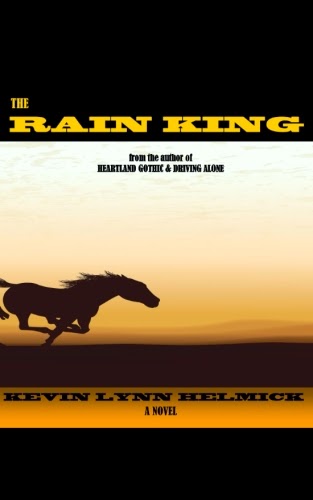 Do Some Damage; what a great title for a group of crime writers. When Brian offered this Monday slot to me I went looking and was kinda like, whoa, ‘There’s some damn good writers here.’ So with a short notice and super tight deadline, I asked, ‘do ya have a subject, something you want me to write about?’

I crossed my fingers, held my breath and hoped to fuck it wouldn’t be, Amazon vs Hatchette, trad vs self, or any of that kind of bitchy over written bullshit going around. I’m just not into that.

I was a little relieved when he replied, ‘whatever you want, introduce yourself to the group, and your new book.’

A little relieved I say and, a little worried.

Now I have my second least favorite topic, me, and about 48 hours to write it. I don’t really like writing about myself. It’s weird, and boring for me, but I wasn’t going to miss this opportunity either, no way. So here I am, Kevin Helmick, nice to see you all and thanks for stopping by.

Some of the writers and readers here I’m familiar with, and some others I’m just now discovering, which is good. But I thought I’d talk a little about crime fiction, and get around to me and my new novel in a minute.

Good? Good. Stick around, leave some comments. I’d love to hear from you sitting there reading this.

As a writer myself I’ve always felt a little intimidated by “crime novelist.” They seem so sure of themselves, disciplined in structure and plot, like they really know what they’re doing. And all that goddamn research, wow. Most of them are experts on several necessary nuts and bolts aspects of what they do. Some are even historians in almost everything from fashion, to firearms of any given period.

That’s not me. I know a little about a lot, and not a lot on anything. I’m more of a seat of the pants guy, usually. I do the research needed, when I think it’s needed.

My crimes written are petty in scope, but spiritually heavy in consequence. No elaborate heist, (love those) and no complex political theater (don’t like those so much.) Looking back over my work, in my mind I think most of my work is dealing with the damage done, dealing with a shitty hand.

Clovis Point, Sebastian Cross, Heartland Gothic, DrivingAlone, are all the novels I’ve penned so far, and most are “cross road” and “aftermath” stories. Some just “road” stories too, of people in a fix usually of their own doing, running to or away from something.

I tend to migrate more toward “literary” stuff in my reading, but I love a good crime novel. My favorite writers fall in the many sub-genres that crime fiction can create, where the crimes are attributes of the characters and not the whole story. I mean, we all commit crimes throughout our lives, some bigger than others, some against God, some against nature, some against each other, and mostly from selfish motivations whether it be self-defense or self-gain. And some, well, some people are just fuck ups and bad shit happens to them eventually anyway. Not quite as tragic as when it happens to good people who don’t deserve it. Those are usually the crimes you’ll find in my fiction, tragedy by coincidence, or association. Sometimes those can be more horrifying than anything.

Somebody told me once, ‘don’t break more than one law at a time, and you’ll be alright.” If you think about it, and have ever gotten yourself arrested for something, there was probably several other charges that went along with it, or at least led to it. Those can be bargaining chips in court, but best to avoid it altogether if possible. Humor and legal advice aside, that’s pretty good I think, and food for good story line. Shit keeps piling up and soon enough, if in it, you’re gonna sink or get out of it. Either some is going to stick on ya.

There’s a plot for ya.

Me, I like the kind of crime stories that nobody sees coming, not so much urban crime stories. I live near Chicago, so hearing about 80 murders over this last 4th of July weekend only got a, grunt from me. That’s sad but the news tells about it like the damn weather, just people killing people, most of which are accidental. It’s crazy, but it doesn’t have much impact on me anymore. And drug murders too, you can see that coming miles away, and kinda falls short with me too. There are of course exceptions to all. It’s all in how its delivered.

No, the ones that interest me are the ones that creep into Mayberry on an empty box car when no one’s looking. Or, the ones birthed through oppression, depression, or religion, whatever. The ones that strike at the comfortable and seemingly content, the everyday working wives, husbands and families that have some demons boiling and building over years or even generations and finally, somebody just fucking blows somebody else, or everybody else, away, and a town, a family, a son or daughter, is left with the damage done. What are they gonna do now? That shit hangs around. Psychological crimes of the extremely fucking fed up.

There’s a title for ya.

I’m getting a little carried away, but those rural urban tales of transient killers, bodies and bloody messes found in farm houses, abusive husbands finally getting theirs with an axe, are the stories that shook my little Converses’ when I was growing up. Probably has something to do with a rural upbringing and my overly paranoid mother being a child through the depression. But that’s what gets the hair on my neck up.

Dialogue and prose too, I’m an addict for clever, realistic dialogue, and good prose, no matter what the genre, story, plot, action or lack of. None of that shit matters to me if the words just lay there. Even though a lot of crime fiction is written from the school of less is more and that’s good, I still like a nice balance of prose, story and dialogue. And I like characters I can relate to, and language I can understand. That everybody understands, and uses every day.

But as for mine, if I’m known by anybody reading this at all, it’s probably not as a “crime writer.” I’ve written 5 novels and a couple handfuls of short stories. None of which have bought me an island, by the way, and none you could really tag a specific genre on, until now. My new one, The Rain King, out last week, is in fact a crime novel, of a western noir flavor with some supernatural elements thrown in, that at the time helped me get through that mine field of cliché’ that we so often find in the traditional American Western. Ok, Maybe that’s not like, specific, genre, but close. It’s crime and it’s a western.

I had never written a western before, but I wanted to see what I could do with it. It was fun, but really hard. I’m no historian and I’m a lazy bitch for research, and again, those fucking mine fields of cliché. It really sucks to try and move about in a world that’s been so trampled on looking for something new and original. I don’t know if I pulled it off. I did my best. It’s like The Unforgiven, on acid.
3
I didn’t want it to be just another western, so it took about 3 years. I had given up on it so many times I lost count. I had written 2 books during that same period. Driving Alone, a southern gothic novella which Spinetingler was gracious enough to nominate for the best novella award,(it didn’t win, but still cool) about 8 or 10 short stories that can be found here and there, and Summerfield, another novel, which I’m still working on and don’t want to talk about.

Also, Driving Alone was rereleased earlier this year as part of a collection of my short stories. So I’m pleased with that and will probably make it available again as a stand-alone novella later on.

But I kept coming back to The Rain King now and then and finding things I thought worth pursuing. Also, past a certain point, I hate giving up on a story. I guess I don’t like the idea of it beating me. So I finished it, it’s done, behind me, or ahead of me, depending on how you look at it, and I thought it turned out good, so I’m spending a few weeks promoting it.

It’s poetically odd, dark, a little weird, and I took a lot of chances with style that may not please some of the more grizzled vets of the craft, but I like that about it. Playing it safe bores the shit out of me. I like to think of it as, experimental, very modern. It’s fiction with some real characters in there moving about in an alternate history. I’m not sure at this point what damage I’ve done. It’s been out a week and it’s selling a few, jumping up the amazon ranking (which I have no idea what that means or how it works) and has picked up a couple good reviews so far. That’s always nice to see.

They tell me there’s not a big demand for westerns right now and that’s ok. I assure you it’s not, Lonesome Dove or Dances with Wolves. Those books are terrific, but The Rain King is not that.

I went down a different trail, smashing, crashing and doing all the way. I wasn’t trying to be anybody else. In fact I did everything I could to avoid that. I wrote it for me, for the western lovers. I write for the reader too, but me first. I can’t wait to see what comes out on the page next. I think I’ve written some good stuff on occasion and I hope you’ll check it out and we can communicate through it. I think I can do better and intend to keep at it. I feel like I’m only touching the surface of something really good and deep down there, and that’s enough to keep me coming back to the well.

I’m not going to go on wasting your time here, this plenty long for a guest blog. Thanks for stopping by, thanks Brian for inviting me. Check out, The Rain King, anywhere you like to buy your books. And let me know what you think by sharing, reviewing, or just tell me here.

All the Best
Kevin

A contemporary Western Noir. The Rain King is the story of, George Washington Parker, a 107 year Comanche Indian, and the way he remembers his turn of the century travels through Oklahoma Territory with Ex-Confederate outlaw, Henry Faro as they pursue a genocidal preacher known as The Rain King. "The American Western redefined a shade darker. The elements of supernatural make it all the more enjoyable, and anything but traditional." Livius Nedin: Booked Podcast.

Posted by Brian Lindenmuth at 5:00 AM