Rewarding Bad Behavior (or Not) 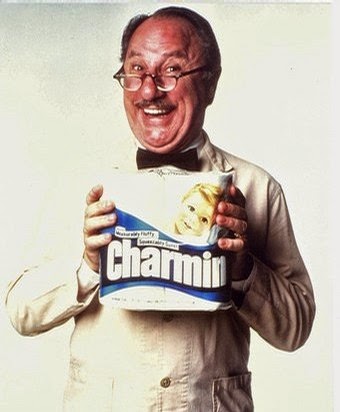 Sometimes coming up with blog post titles is harder than writing the actual post. Not sure this one is entirely accurate, but let me explain:

Awhile back, I posted this link on Facebook, with a caption saying "Thank God Charmin toilet paper isn't on this list because I'd totally have a problem with that."

Dutiful liberal that I am, I'm no fan of the Koch brothers. But really, I posted the link about the plea to boycott their products as a joke. A couple of my more right-leaning friends took exception, however, and made various comments such as "What's next? We can't boycott everything," and "boycotting hurts jobs more than it does the people we're boycotting." I'm paraphrasing, but that was the gist of it.

The thing is, I'm not big on boycotts myself. If I'm using a product or service regularly and like it, I probably won't stop using it. Some might consider this to be "rewarding bad behavior." (Okay, maybe my post title does work).

That said, if I don't already use a product (or shop at a store, or eat a particular food, etc) and I find out that those who profit from it have been behaving badly based on my own personal value system, I will go out of my way never to purchase that item. This is my way of punishing "bad behavior." 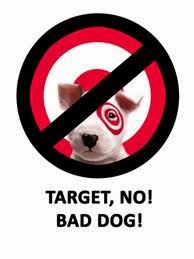 Let's use Chik-fil-A as an example. I've never eaten anything off their menu, though I've heard it's delicious, if unhealthy. But now that I know that as a corporation, they're against marriage equality, I'll go out of my way not to purchase their food.

By the same token, however, when Target gave money to a politician who opposes gay rights and embraces a number of extreme conservative views I abhor, I continued shopping there.

Hypocrisy much? I'm not even going to try to justify this choice of mine.

Occasionally, this subject comes up with regards to celebrities, including authors. Recently, the question of whether one would continue buying the books of an author who was known to "behave badly" or came out publicly as being anti or pro-fill-in-the-blank-with-whatever-position-you'd-like, came up on social media.

Some people said they would. Others said no. But I'm going to go back to what I said near the beginning of this post: if I've enjoyed said author's books in the past, I will purchase future books as long as I continue to enjoy them. However, if I've never read said author's books and he/she says or does something that annoys me, I'll go out of my way to not buy their books.

I would argue that even the most conscientious consumer has some area of conflict in their purchasing decisions. If you think not, I'd certainly like to hear from you. In fact, I'd like to hear from you anyway. Whether it's choosing not to purchasing an author's books or deciding whether to eat a scrumptious chikin sandwich, what is your consumption criteria?
Posted by Holly West at 3:00 AM

I think your philosophy is much like most folks' Holly.

Let's face it, in most cases, we don't really even know the stances (or money-trail) for most people/companies. I suspect that other places I shop do things I'd rather they didn't from the money I give them.

We did stop going to Chik-fil-A after the whole "scandal," but I don't have delusions that this choice will make a difference in the grand scheme of things.

As for authors, the book is what should matter and like you, if I have read them before, I am likely to continue as long as I enjoy the books and don't see an agenda in them. But if I know something I don't like about them BEFORE reading a book by them, I probably would be tempted to skip the book. Too many books, not enough time as it is. I might miss out on a great read, but what can ya do?

As this website says about the Montgomery bus boycott it says, "They changed the world:"

I evaluate on a case-by-case basis. I was an early adopter of the Chick Fil-A boycott, though I ate there at least once a week and it's the closest fast food joint to my house. I stopped eating at Papa John's after he whined about how much providing benefits would cost him. I haven't been in a Wal-Mart for years, except for a couple of emergency purchases, for reasons too numerous to mention.

As was noted, you can't boycott everything. I do what I can with things that happen to push my buttons, and all of the above have been kind of in your face about their actions, so they have consequences. I know I can't change anything, but someone has to go first. If enough people follow...

One complication to the BOYCOTT CHICK-FIL-A thing was how folks argued that it was OK to spend $10 on lunch there as long as you gave $11 to a pro-gay (or whatever term you wanna use, pro-equality, non-jerk, etc) advocacy group.

Those folks must've *really* wanted a chikin sandwich. But sometimes ya gotsta justify your choices however you can.